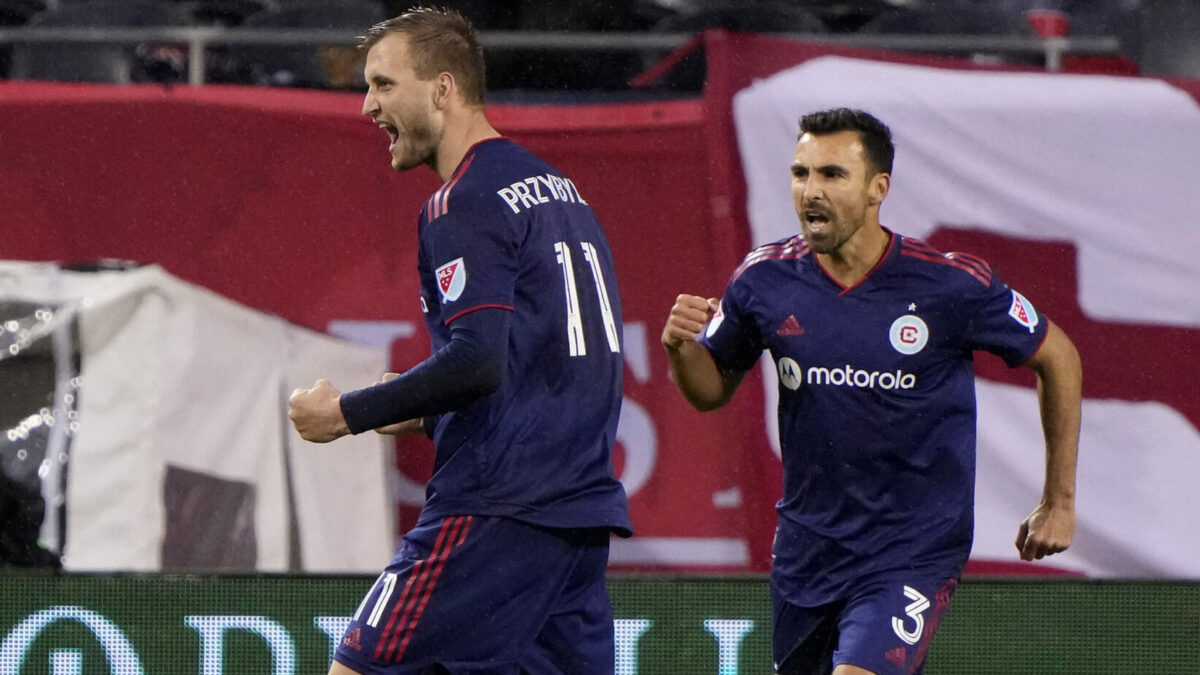 The 2022 season was supposed to be one of positive change for the Chicago Fire, from the team’s new logo to new head coach. Transformations hadn’t always led to better results in Chicago though, but this year things just might be different in the Windy City.

The Eastern Conference club made the MLS playoffs just twice in the past two decades, and have muddled through three coaching changes since 2015. The Fire of the past five years lacked direction or results.

Enter Ezra Hendrickson as the Fire’s new coach this season. Hendrickson oversaw the signing of a marquee player in Xherdan Shaqiri, the addition of a proven scorer in Kacper Przybylko and a retooling of the team’s back line. Plus, 17-year-old Gabriel Slonina is the most talked-about goalkeeper in MLS through the start of the new campaign.

The Fire showed all facets of improvement in Saturday’s 3-1 win over Sporting Kansas City. Shaqiri scored his first Fire goal with a 50th minute penalty and Przybylko scored twice for his first goals since arriving from the Philadelphia Union. The Fire gave up their first goal of the season, but managed to keep Sporting KC to only two shots on goal.

More importantly, Hendrickson managed to raise spirits in the locker room, which is one reason for the team’s early unbeaten run.

The Fire are one of six unbeaten MLS teams after four weeks of the season. With only five goals scored so far, the club had to grind out some results to come out of Week 4 still undefeated.

“Who knows what can happen with this team, but right now I like the way we’re fighting for each other,” Hendrickson said. “Good team chemistry is what I can say about this team right now and it’s going to get better. The play is going to get better. But it’s a good start to have that kind of foundation where there’s no agendas. Everybody has the same goal, has the same mindset when we step on the pitch, and that’s going to take us very far.”

Hendrickson took the first top-flight head coaching job of his career when he was hired in November. He previously served for 12 years as an assistant coach in stints with the LA Galaxy, Columbus Crew, Seattle Sounders and St. Vincent and the Grenadines national team.

The Achilles’ heel for the Fire in 2021 was a poor back line that failed in late-game situations often. However, the team has turned things around almost completely this season. The signing of veteran centerback Rafael Czichos and the outstanding play of Slonina lead the turnaround.

Przybylko’s brace brought the Fire even more encouragement. The Polish striker scored his first two goals of the season in Saturday’s win.

“To see Przybyłko score goals tonight, you know, it’s a relief for him,” Hendrickson said. “I know he’s been pressing a little bit, even in training, because he’s a goal scorer. He wants to score. The goals just haven’t been coming; the chances were coming but he just hadn’t had a chance to put one away. That first one tonight was a classic Przybyłko goal; he put his foot right through it and it was a very good goal.”

Though it is early, the Fire are showing marked improvement on all three lines in Hendrickson’s first year as coach. The most important thing will be to rest and recover over the upcoming international break before keeping the same intensity in five matches this coming April.

“The togetherness and the camaraderie on this team, the unity with this team, it’s gonna be hard to beat us,” Hendrickson said. “Every man out there is fighting for each other, you know, and that’s good to see. I’ve been on teams where we didn’t have the best team on paper, but on the pitch, you couldn’t beat us, because everyone was just in tune, and everyone just fought for each other.”