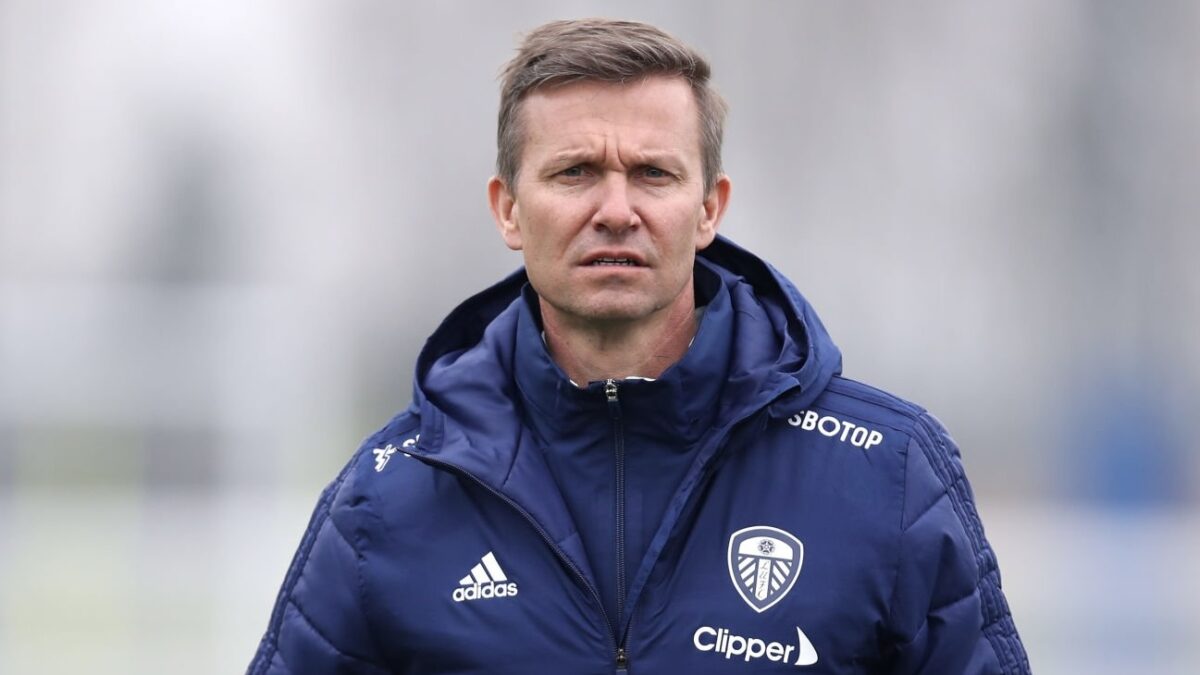 Leeds United are in a fight for their lives to stay in the English Premier League this season, but the hiring of American manager Jesse Marsch could be the spark the Yorkshire club needs to get out of any unwanted trouble.

Marsch heads into this weekend as the new manager of the historic Premier League club, taking over for fan favorite Marcelo Bielsa. Bielsa was relieved of his duties on Monday following Leeds United’s 4-0 home loss to Tottenham, one that moved it only two points clear of the relegation zone.

The 48-year-old Marsch had been out of work since his firing at RB Leizpig in December, but now comes into a new role in England as he tries to keep Leeds United in the Premier League and spark a new chapter in his managerial career. Although Marsch didn’t want to see the 66-year-old Bielsa released from his position, he understands why the coaching change needed to be done.

“I wanted to see Marcelo continue his legacy and keep the team up and I wanted to make that argument with Victor [Orta, Leeds director of football] when he called me eight days ago,” said Marsch in a conference call Thursday. “I wanted Marcelo to finish on a high note but I could see the group suffering.

“The adjustment of tactics is my number one priority, getting away from the man-marking and not exposing us on transition as much,” added Marsch. “But this group is remarkable. It gives me big hope. I used to have an equation: fear to fail equals failure. Our style of play is fearless, we have a lot of fearless young men here, we have to tap into that. My goal is to access their hearts and minds. I understand this is a big league and a big moment and we have to get points but pressure is what you make of it.”

Marsch had been linked with a move to Leeds United throughout the winter and brings similar coaching traits to what Bielsa did during his time as manager. Similar to his time at Red Bull Salzburg and RB Leipzig, Marsch will aim to keep Leeds United playing freely and pressuring opposing teams from the opening whistle.

Leeds United has been without several key players over recent weeks with striker Patrick Bamford, midfielder Kalvin Phillips, and centerback Liam Cooper all sidelined through respective injuries. Four-consecutive losses by a combined score of 17-2 has certainly dampened spirits within the Leeds United locker room, but the immediate return of Bamford, Phillips, and Cooper in the near future could be a huge spark with 12 matches to play.

“It’s a little bit difficult to say, we’ll evaluate Patrick Bamford and see what that means,” Marsch said. “Can he be on the bench or does he need a few more days. He’s close, I can tell you that, he’s close.

“Obviously with Liam Cooper and Kalvin Phillips, we’ve already spoken and there’s a few others we’re just going step by step with, making sure we can prepare them as best as possible but we’re not pushing too hard,” Marsch added.

Marsch’s first test comes on Saturday in the form of Leicester City, which has won three of its last four matches across all competitions. Like Leeds United, the Foxes have fallen off of the path in recent months, dropping 15 points behind fifth-place West Ham United, and in their own desperate need of a spark up the league table.

A trip to the King Power Stadium won’t be the most daunting first test for Marsch under the bright lights of the Premier League, but he is prepared for anything the Foxes will throw at him and his players.

“Firstly, I think Brendan Rodgers is a very good coach,” Marsch said. “He’s flexible but also I think has a very clear playing style. They also have a very good team with Jamie Vardy back, that’s a boost to them. We’ll see if he starts or not, I think based on his performance on Tuesday, I’d expect him to be a good option from the start.