Jesus Ferreira isn’t a prototypical striker, but he could be the perfect fit for USMNT vs. Mexico 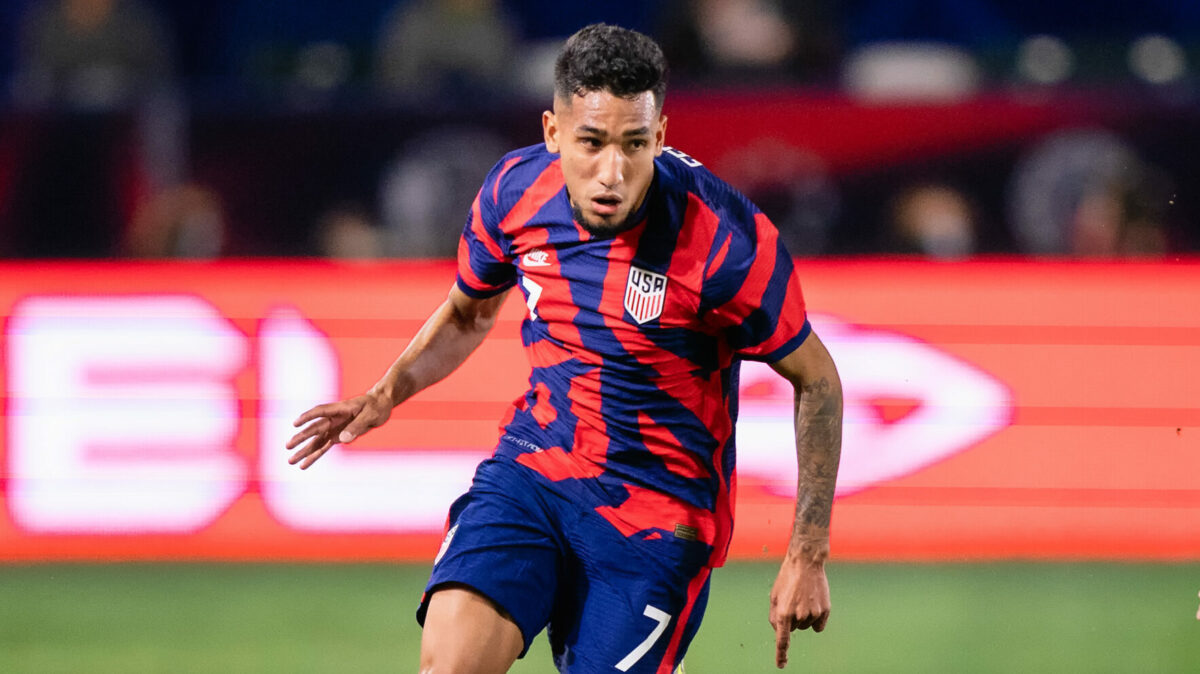 The U.S. men’s national team’s search for a target striker in the traditional role of a Brian McBride or Jozy Altidore has gone on for years, and while the search felt like it might be over whe Ricardo Pepi emerged last fall, his subsequent cooling-off period has left the USMNT once again searching for answers at the position.

Jesus Ferreira is not a traditional target striker, and his initial forays at the position for the USMNT felt more experimental than an actual solution to the problem. Things have changed though in the more than full year since Ferreira’s first deployment in the role for Gregg Berhalter and those changes could be what lead Ferreira to start at striker against Mexico on Thursday.

Pepi’s departure from FC Dallas to Augsburg were supposed to help continue his development at striker, but it has actually opened the door for Ferreira to earn more reps at the position, with former USMNT assistant Nico Estevez taking charge as the new FC Dallas coach and promptly installing the same tactical system Berhalter uses with the national team.

Estevez has used Ferreira exclusive in a striker role, and while Ferreira does operate in a wide range of areas in the role due to his mobility and confidence on the ball, writing him off as a “false nine” doesn’t do justice to the clear improvements he has made at the position, and how he does show an ability to play the role in a traditional sense at times.

Ferreira’s hat-trick for FC Dallas last weekend showed off just how dangerous he can be, and how his movement and vision can make an entire attack more dangerous. He showed some of those signs with the USMNT in January, when he started in the World Cup qualifying win against El Salvador, providing the assist on the lone goal in that match.

Ferreira missed some clear-cut chances that day, but it was encouraging to see him put himself into dangerous positions repeatedly, and now that he has been able to play a string of games at the position for FC Dallas, we have seen Ferreira grow more confident and effective in the role.

The same can’t be said for Pepi, who has struggled at Augsburg since making the move, and who has not scored a goal for club or country since October. It felt inevitable that Pepi would start for the USMNT against Mexico at the Estadio Azteca for a long while, with his decision to play for the Americans instead of for El Tri serving as the perfect storyline. As enticing as that might be from a narrative standpoint, the practical reality is that Pepi isn’t in good form at the moment and Ferreira is actually a better matchup against Mexico’s centerbacks than an ice-cold Pepi.

Mexico features Nestor Araujo, Cesar Montes and Hector Moreno as their leading central defender options, a group that is far better-suited to deal with a big striker like Pepi or Jordan Pefok than they are to deal with a mobile and elusive player like Ferreira.

Another factor in Ferreira’s favor is that unlike Pepi and Pefok, who are most effective as the focal points of the attack, Ferreira’s ability to combine and deliver incisive passes help make his teammates more dangerous, and in theory would potentially help make players like Christian Pulisic, Tim Weah and Gio Reyna more effective. To be clear, when Pepi is on his game, he does provide some effective hold-up play, but Ferreira has the added ability to turn and face defenders, with the threat of dribbling past them helping open up space for players like Pulisic and Weah.

And what about Pefok, who enters the March qualifiers having scored 10 goals in 10 matches for Swiss champions Young Boys? There is no denying he is playing with confidence, which earned him the USMNT recall, but Berhalter’s recent comments about Pefok being better-suited to play against Panama seems to suggest Berhalter isn’t considering him to start against Mexico (though that could just be a misdirection play from Berhalter).

The idea of starting Ferreira at striker against Mexico at the Azteca might have sounded crazy a few months ago, but given Pepi’s slump and Ferreira’s flourish with FC Dallas, deploying a USMNT attack with Ferreira up top could wind up being the lineup move that helps the Americans earn their first World Cup qualifying win at the Azteca.