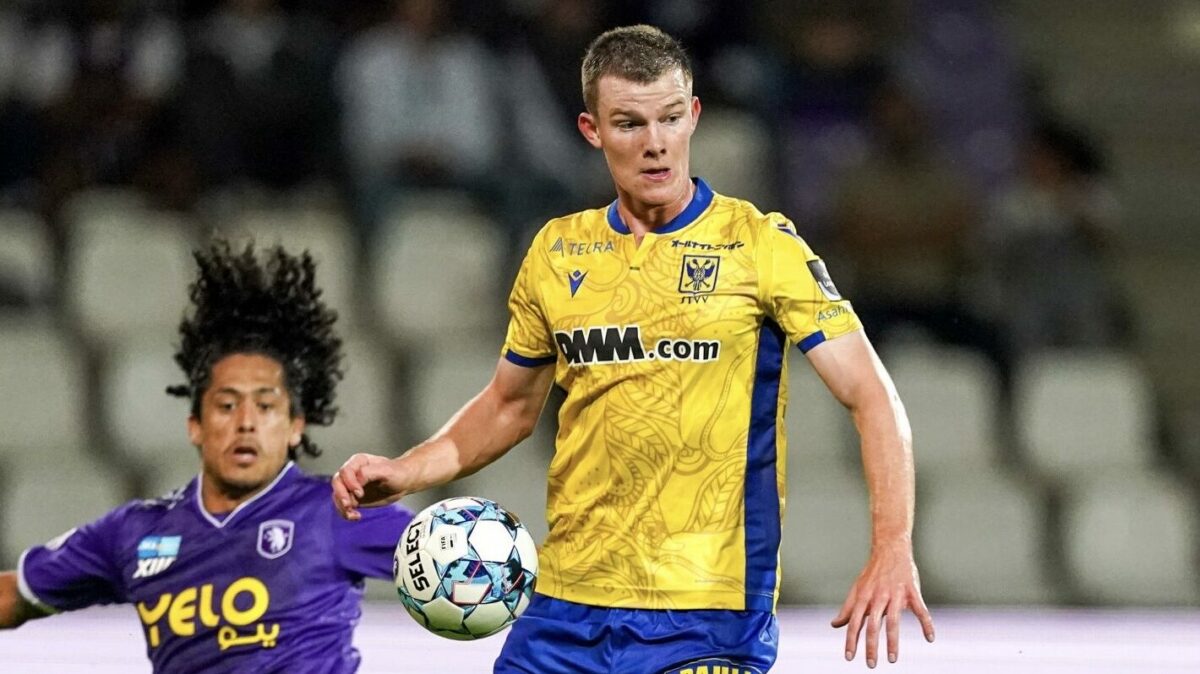 Chris Durkin got a taste of playing in Europe, but has decided to move back to the United States and his old stomping grounds.

D.C. United re-acquired Durkin on Thursday in a trade with the Houston Dynamo, both clubs announced. The Dynamo selected Durkin in the 2022 MLS Allocation Process and then proceeded to trade him to D.C. United for $325,000 in General Allocation Money (GAM) and D.C. United’s Allocation Ranking spot.

Durkin, 22, came through D.C. United’s academy and logged one goal and one assist in 36 combined league appearances for the club. He was loaned to Belgian side Sint-Truiden in 2019-20 before making a permanent move to the first division side.

Robin Fraser has continued to lead the Colorado Rapids to new heights over the past few seasons and was rewarded with a new contract on Wednesday.

The Rapids signed Fraser to a four-year contract extension through the 2025 MLS season, the club announced. Fraser helped the Rapids earn the No. 1 seed in the Western Conference Playoffs last season and also reach the Concacaf Champions League Round of 16.

“I’m extremely happy to be signing with the Rapids for an extended period of time,” said Fraser. “This team is still in its infancy, in terms of where we want to go, so I am genuinely excited about the opportunity to continue this project. I’ve truly enjoyed working with this group of players and this incredible technical staff and am very much looking forward to what we can accomplish together.”

Fraser’s success in 2021 helped him become a finalist for the Sigi Schmid MLS Coach of the Year award. The Rapids set a new club-record for 61 points earned last season.

Fraser took over in August 2019 and since has led the Rapids to a 1.76 points per game tally, which is tied for the most in MLS. His regular-season record as head coach is 32-16-15 and Fraser has also helped the Rapids reach the playoffs in back-to-back seasons.

McCarty was ejected in the 96th minute of the defeat for a red card offense in stoppage time. The veteran midfielder kicked out at RSL’s Bode Davis and was given an early exit to the match.

The MLS Disciplinary Committee has suspended McCarty for one additional match and fined the player an undisclosed amount for violent conduct. McCarty will now miss upcoming matches against the Columbus Crew (April 2) and Sporting Kansas City (April 9).

The 34-year-old is a leader for Nashville SC’s midfield, totaling 58 appearances for the Western Conference club since joining in December 2019.

“Kansas City was my first love and when I arrived at Sporting KC, everybody in the city embraced me,” Collin said in a release. “Playing in front of the Cauldron for four years was an amazing opportunity because every game in that stadium felt like a final. Winning the MLS Cup in 2013 is the best moment of my career and something that the city and our fans deserved so much. I also had unbelievable experiences playing in Orlando, New York and Philadelphia. Words can’t describe how grateful I am for the last 11 years.”

Collin’s final appearance came with the Union in the 2021 Eastern Conference Final, as he logged 90 minutes in a 2-1 loss to New York City FC. It was Collin’s first appearances in two seasons, but the veteran was forced into action after 11 Union players were deemed ineligible to play due to MLS’ health and safety protocols.