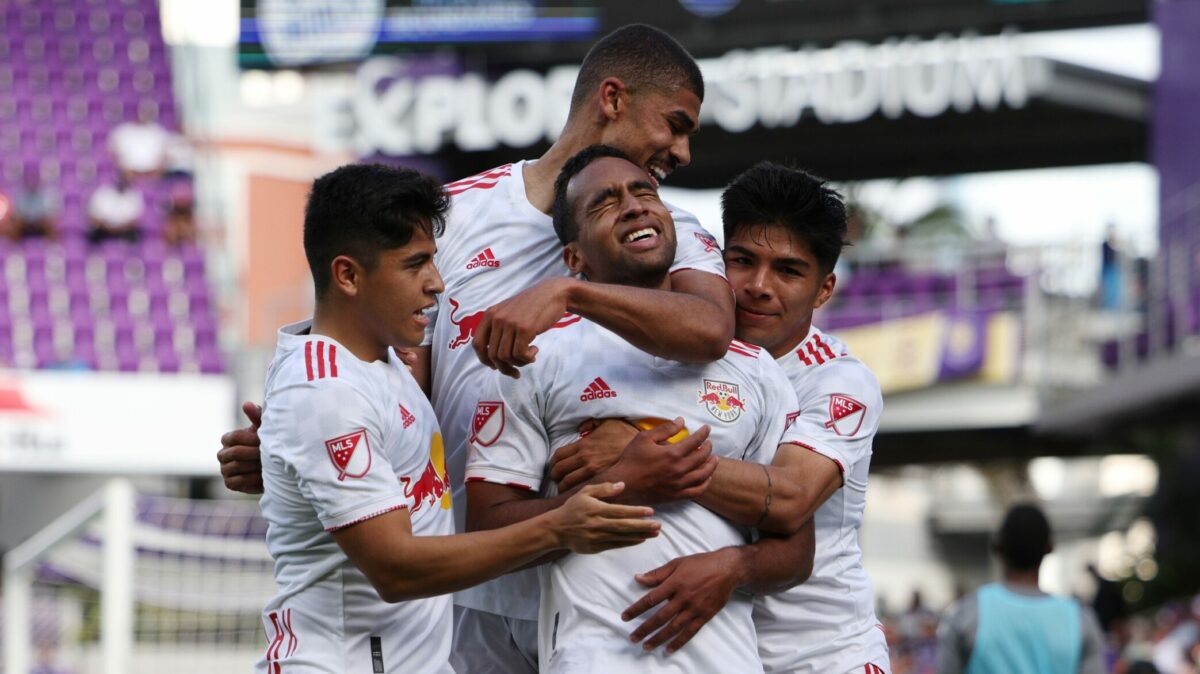 There was no shortage of storylines in Week 8 of MLS action, with two clubs winning immediately after firing their head coaches, multiple high-scoring affairs, and plenty of late-game drama.

The New York Red Bulls made surprisingly easy work of an Orlando City side that is no pushover at third in the Eastern Conference. Luquinhas showed the form that made him the team’s big-ticket winter acquisition with his first goal of the season, while the Red Bulls shook off a recent run of poor performance in the attacking third.

Cristian Espinoza dragged the San Jose Earthquakes out from a deficit against the Seattle Sounders, scoring a hat trick in the league’s best comeback yet in 2022. A penalty kick in the fourth minute of second-half stoppage time completed Espinoza’s hat trick and earned the Quakes their first win of the season, immediately after firing Matias Almeyda.

Here is a look back at the top MLS moments in Week 8.

One of the most improbable comebacks you could imagine in 2022 came about in San Jose this week. Earthquakes midfielder Cristian Espinoza scored a hat trick to lead the Quakes to a 4-3, coming back from a 3-1 deficit 57 minutes into the game.

Espinoza scored his first goal emphatically, punching in a rebound of his initial shot in first-half stoppage time. He brought the Quakes within a goal of the Sounders in the 64th minute, forcing Stefan Frei into a mistake with a hard-driven shot. Espinoza had been set to be subbed off before this goal, but the surge in momentum kept him on the field.

Espinoza completed the hat trick in the fourth minute of stoppage time, the final kick of the game. The Quakes won a penalty kick after a Sounders player shoved an opponent down on a corner kick. Espinoza buried the spot kick to secure the Quakes’ first win of the season.

The win brings some catharsis after a rough start to the season, and renews some hope under interim coach Alex Covelo. The Quakes fired Matias Almeyda earlier in the week after an ambitious project never really took shape.

Honorable mention for Player of the Week goes to Maximiliano Urruti and Taxiarchis Fountas. Fountas scored twice for D.C. United in a surprising 3-2 win over the New England Revolution on the heels of coach Hernan Losada’s dismissal. Urruti scored two first-half goals to keep Austin FC’s offensive hot streak going in a 3-0 win over the Vancouver Whitecaps.

The Red Bulls showed their ability to turn the page from a couple of lackluster results this weekend, downing Orlando City 3-0 in Orlando.

Luquinhas finally made his mark, scoring his first goal of the season for the Red Bulls’ opening goal in the 26th minute. Lewis Morgan got back on the scoresheet with a penalty kick late in the match. Cristian Casseres scored and turned in an excellent showing in defensive midfield, with three tackles. Centerback Aaron Long took care of business by winning three aerial duels.

The Red Bulls dominated in the final third, despite holding only 35.6% of possession. They held Orlando City to only three shots on goal, while the Red Bulls’ attack generated 17 shots with six on goal. The Red Bulls rose to second-place in the Eastern Conference with the win.

The stingy defenses of Minnesota United and the Chicago Fire had many of us expecting that Saturday’s clash would be a low-scoring, cagey affair. However, Emanuel Reynoso, Robin Lod and the rest of the Loons’ attack defied that.

The Goal of the Week this week goes to Robin Lod, who deftly maneuvered past Fire defender Wyatt Omsberg to finish past Gaga Slonina in the 88th minute. It was Lod’s third goal of the season.

The 3-0 win for the Loons was the club’s second win in a row. The club rose to fifth in the Western Conference with 14 points.

Honorable mention for Goal of the Week goes to Danny Musovski for a beautiful first touch and neat top-corner finish, and to Leonardo Campana, whose first touch created some space from three defenders for a clean finish. Campana continues to be a revelation for Inter Miami, and he’s scored his fifth goal of the season.