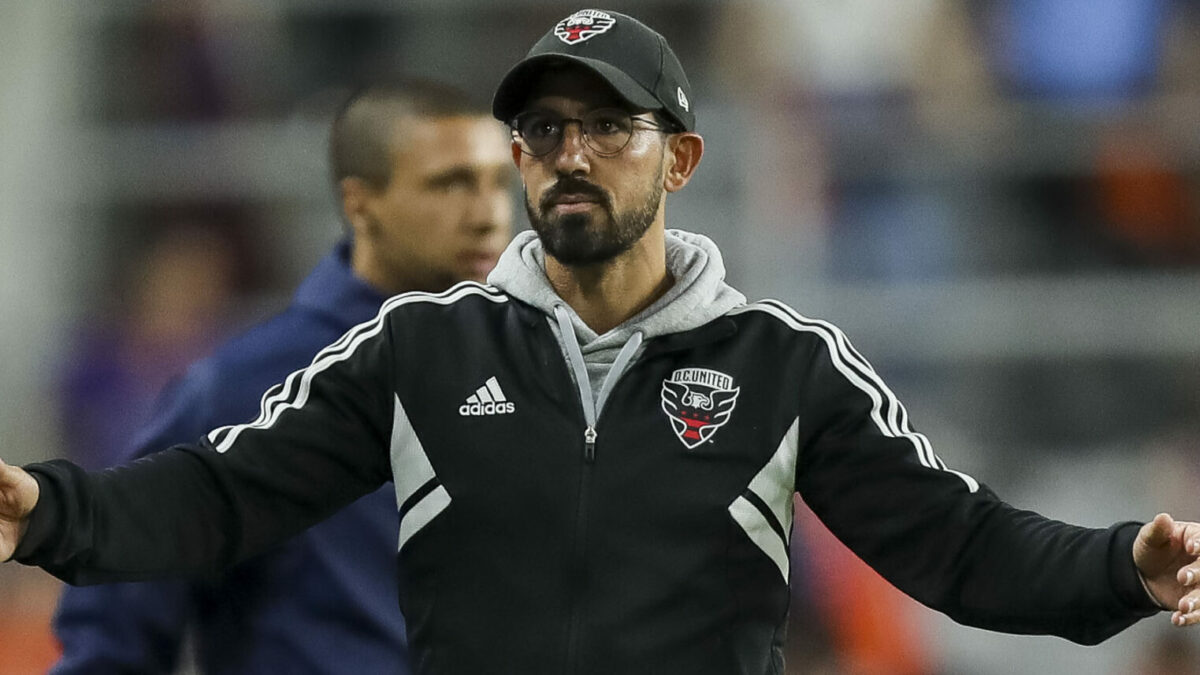 For the second time this week, an MLS head coaching change has been made with Hernan Losada being fired by D.C. United on Wednesday.

Losada has been relieved of his duties, ending the Argentine’s one-and-a-half-year stay with the club, D.C. United announced. The 39-year-old will be replaced by assistant Chad Ashton, who takes over on an interim basis.

“We’d like to thank Hernán for his time at the club and the energy he brought, as well as the attack-minded, front-foot philosophy and style of play he instilled within our club,” D.C. United president of soccer operations Dave Kasper said. “We wish him great success moving forward.”

Losada joined D.C. United from Belgian side Beerschot, taking over for longtime head coach Ben Olsen. He posted a 16-19-5 record as head coach. D.C. United finished one point outside of the MLS Cup Playoffs in 2021 and is currently last in the Eastern Conference this season.

D.C. United is currently on a four-match losing streak in MLS play, conceding three late goals in Saturday’s humiliating 3-2 home defeat to Austin FC. The Eastern Conference club did advance though in the U.S. Open Cup on Tuesday after defeating NISA side Flower City Union 3-0 in New York.

Ashton has served as an assistant coach with D.C. United since 2007 and also served as interim head coach in 2020 following Olsen’s firing.

“We believe that Chad’s ability to prepare for upcoming opponents and man manage players and in-game strategic match situations paired with his knowledge of the league will provide a springboard to further progress our style of play and enable us to compete at a higher level as we push forward for a successful season,” Kasper added.