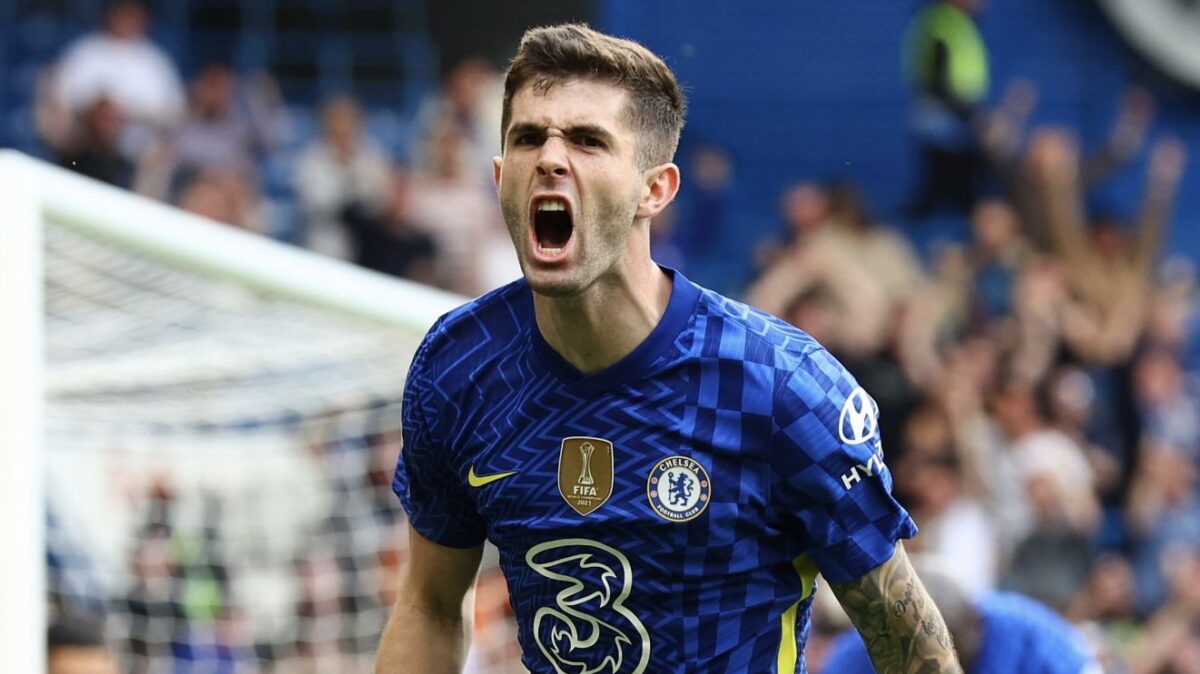 Christian Pulisic has endured a difficult stretch with Chelsea since returning from U.S. men’s national team duty at the end of March, but he answered the call on Sunday, coming off the bench to deliver a crucial goal for the Blues.

Pulisic came off the bench and scored a 90th-minute winner to lift Chelsea to a 1-0 victory over West Ham on Sunday. The American winger came on as a 76th-minute substitute and broke the deadlock when he ran onto a Marcos Alonso pass in front of goal and deposited his first Chelsea goal in five weeks and seventh Chelsea goal this season in all competitions.

“He just said to make the difference,” Pulisic said of Thomas Tuchel’s instructions for him when he came on. “To combine and make opportunities.

“It feels good to be more secure in the top four,” Pulisic said. “We need a win at home and it feels great in front of our fans. We need to finish the season strong. Some good league games and then a final. I needed to come in and make a difference and show I want to be playing.”

Pulisic had failed to appear in Chelsea’s past two matches, and has gone five straight matches without starting, with his lone start after the most recent international break being a lackluster showing in the Champions League quarterfinal first-leg loss to Real Madrid.

“(Pulisic) struggled a little bit since coming back from the international break where he had three matches, an incredible amount of travel and time zones to cope with. From there, he struggled energy-wise. This was my impression, on and off the pitch. It’s sometimes like this.

“Now we have tried to bring him back in full confidence from the bench, and I am happy with the effort today,” Tuchel said. “I am happy he had the chance to have this big impact with Romelu and Hakim. It was super important.”

Chelsea returns to action on Thursday with a trip to Manchester United, with Pulisic having made a good case for more playing time as the Blues prepare for a stretch run that includes an FA Cup final against Liverpool on May 14.