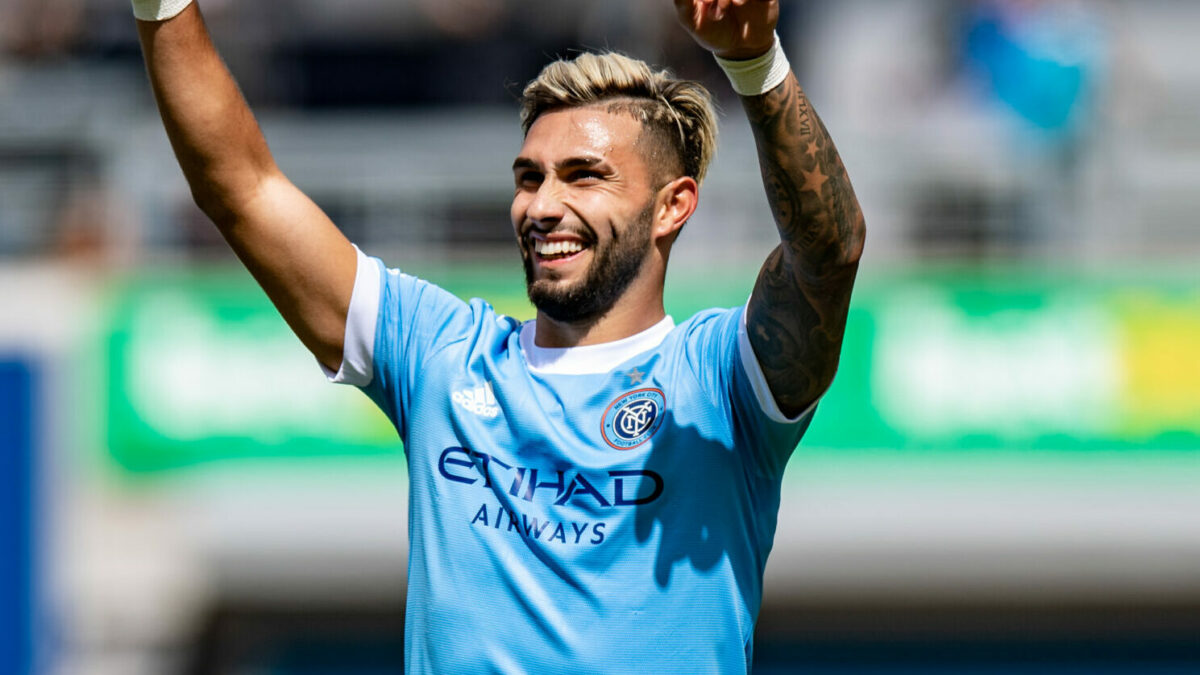 A four-goal haul for Valentin Castellanos, a come-from-behind win over the previously unbeaten Union for Toronto FC and a first-touch, top-corner goal from LAFC’s Ismael Tajouri-Shradi headline Best of MLS for Week 7.

Castellanos scored two penalties, a header and another goal despite a heavy deflection to lead NYCFC past Real Salt Lake in the heaviest defeat of the 2022 season so far. NYCFC has struggled to date, but Castellanos appeared ready to right the ship based on his performance Sunday.

There are no unbeaten teams left in MLS. Toronto FC revealed its strength in a 2-1 win over the Philadelphia Union on Saturday. Bob Bradley’s squad has now won three of its last four games and made it four games unbeaten. The Canadian club might be the most impressive young squad in the league, with DeAndre Kerr, Jayden Nelson and Kosi Thompson contributing.

Among other top performances this week is Djordje Mihailovic’s continued hot streak. Mihailovic had a goal and an assist in a 2-1 win over the Vancouver Whitecaps. The New England Revolution got back on track, ending a five-match losing streak with a 2-1 win over Charlotte FC.

Here is a look back on the top moments of Week 7.

Valentin “Taty” Castellanos caught up with some of the 2022 top scorers all in one afternoon, scoring four goals in a 6-0 home rout of Real Salt Lake.

Castellanos got in front of a defender on a corner kick to head in his first goal of the match. He scored penalty kicks in the 40th and 57th minutes. Finally, Castellanos scored the sixth goal of the match in the 87th minute, catching Zac MacMath out of goal and putting a shot deflected by Jaziel Orozco into the net.

The start to the 2022 season for Castellanos has been disappointing, compared to his Golden Boot-winning season in 2021. However, these four goals put him tied for second among top scorers in MLS this year.

Toronto FC quietly racked up an unbeaten streak prior to this weekend, but there was nothing quiet about coming from behind to end the Philadelphia Union’s unbeaten start to the season and stopping 15 shots in the process.

Alejandro Pozuelo scored the deciding goal in the 51st minute, dribbling through four Union defenders before finishing into the bottom left corner. Jesus Jimenez scored in the 39th minute, finishing off a clever pass from Jonathan Osorio to level the match after Julian Carranza’s header opened scoring.

A shot from Kai Wagner went in minutes before halftime, but a VAR look showed that Mikael Uhre was offside and obstructing the play.

Honorable mention for Team of the Week goes to New York City FC, which hung six goals on Real Salt Lake in a cathartic win on the heels of an intense Concacaf Champions League semifinal defeat. Elsewhere, Inter Miami surprised the Seattle Sounders for a 1-0 win at Lumen Field.

A heads-up reaction by Ismael Tajouri-Shradi brought LAFC the lead in the second half of a 2-1 win over Sporting KC on Sunday.

Tajouri-Shradi ran to collect a well-placed long pass from Diego Palacios. Covered by Sporting KC defenders Nicolas Isimat-Mirin and Graham Zusi, Tajouri-Shradi used one touch to catch goalkeeper Tim Melia out of position and fire a powerful shot into the top left corner.

The Libyan forward is a newcomer to LAFC. Tajouri-Shradi scored seven goals for NYCFC last year, then was taken by Charlotte FC in the Expansion Draft and traded to LAFC. He’s settled into a super-sub role that suits him well, with two goals in five appearances so far in 2022.