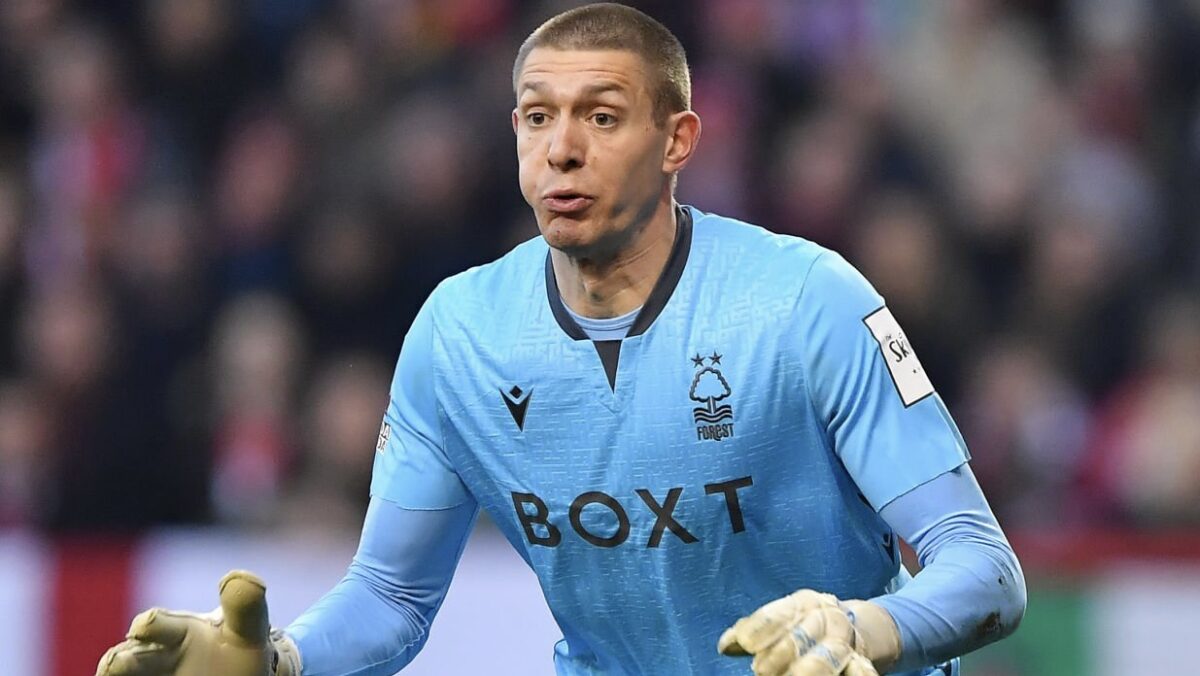 Ethan Horvath played an important role for Nottingham Forest during part of its 2022 schedule and on Sunday the American goalkeeper got to celebrate his first-ever promotion of his club career.

Horvath played the final moments of Nottingham Forest’s 1-0 victory over Huddersfield Town at Wembley Stadium as Steve Cooper’s side earned promotion to the English Premier League. The Colorado native replaced Brice Samba prior to stoppage time, celebrating with his teammates as Nottingham Forest won the promotion playoff final and earned a first spot in the top flight since 1999.

Fellow American Duane Holmes played 24 minutes off of the bench for Huddersfield Town.

An own goal from Huddersfield’s Levi Colwill in the 43rd minute was all Nottingham Forest needed to join Fulham and Bournemouth as the third and final promoted side from the Championship this season.

Samba, who left the match with an apparent leg injury, was replaced by Horvath for the final six minutes of the match. The 26-year-old Horvath totaled 11 appearances this season in his final overall campaign in England.

Horvath stepped in for Samba in late-February and remained the starting goalkeeper from Feb. 22-March 20, posting a six-match unbeaten run in all competitions, before losing 1-0 to Liverpool in the Emirates FA Cup quarterfinals.

The former Molde and Club Brugge shot-stopper moved to England on a free transfer last July. However, he mainly featured in cup competitions during the early stages of the season before filling in during Samba’s suspension in February.

Horvath impressed with the U.S. men’s national team in June 2021 in the Concacaf Nations League Finals, denying Mexico’s Andres Guardado from the penalty spot in a 3-2 extra time victory. He has earned seven total caps with the USMNT to date and will join Gregg Berhalter’s side for a quartet of June matches, starting on June 1 against Morocco in Cincinnati.

Horvath will join fellow American goalkeepers Zack Steffen and Matt Turner in the Premier League next season as Nottingham Forest aims to avoid a quick drop back into the second-tier. F