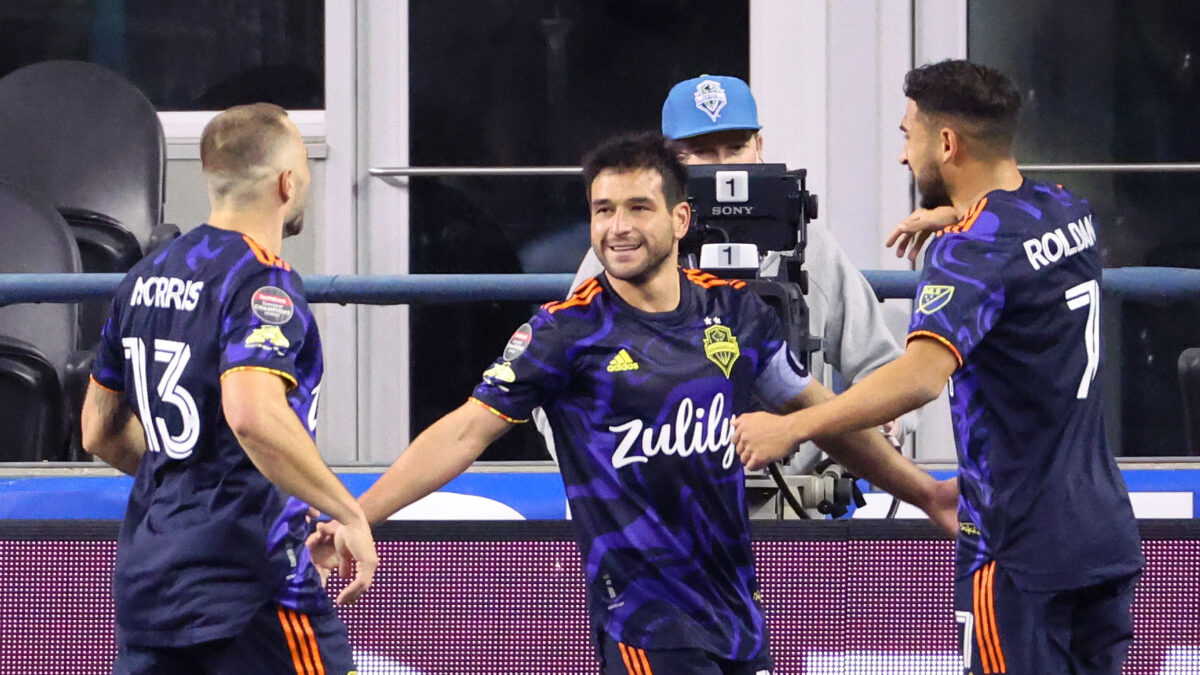 SEATTLE — The Seattle Sounders have a trophy case filled with every trophy an American soccer team could want, from its two MLS Cup titles, four U.S. Open Cup titles and one MLS Supporters’ Shield. The one trophy left to conquer is now within reach, and the Sounders will have their chance to grasp it on Wednesday.

No Major League Soccer team has ever won the Concacaf Champions League title, but no MLS team has gone into a CCL final with as good a chance as the Sounders. They are healthy, boast a stacked and balanced squad with boatloads of championship experience, and carry confidence over from last week’s inspired two-goal comeback in the 2-2 first-leg draw in Mexico City against UNAM Pumas.

Sounders head coach Brian Schmetzer knows there is still work to be done, but acknowledged the historical significance surrounding the final, and what it could mean for his team and MLS.

“This is an opportunity for us to do something that no other team has done,” Schmetzer said. “If we’re fortunate enough to finish the job it would mean a lot. It would be pretty cool for MLS if it finally happens.

“It would probably open the door to more success, I believe,” Schmetzer said. “I’m a firm believer that we’re getting closer. And somebody has to do it.”

Though MLS has never win the Concacaf Champions League since Concacaf changed the format of the regional competition in 2008, several teams have come close. Real Salt Lake in 2011, Toronto FC in 2018 and Los Angeles FC in 2020 were all impressive teams that made strong runs to the final, only to fall short in very close defeats.

The Sounders head into Wednesday’s finals as the favorites against a Pumas team that has had a good run to the final, but has also struggled in Liga MX play. Pumas won the league title to close out 2021, but finished the recent Clausura season in 11th place.

Despite those modest results, the Sounders won’t be overlooking a Pumas team that eliminated the New England Revolution and Cruz Azul to reach the final, and a team that had the Sounders on the ropes in the first leg with a 2-0 lead before a pair of Sounders penalty kicks tied the match.

The Sounders will also be playing Wednesday’s second leg in what is expected to be a sold-out Lumen Field, which is set to break the Concacaf Champions League final attendance record. The marketing push around the game has leaned into the idea that it is the biggest game in the team’s storied history, and the fanbase has responded, with capacity crowd expected.

It wouldn’t mark the first time the Sounders hosted a sold-out final. They won the 2019 MLS Cup final at was known then as CenturyLink Field, stepping up and delivering a title in the face of immense pressure to perform. The experience earned in that final should serve the Sounders well, with a large nucleus of players from that 2019 still playing featured roles on the current squad.

“There is some underlying like pressure there being the home team in front of the big crowd,” Schmetzer said, recalling the 2019 MLS Cup final, a 3-0 win over Toronto FC. “If you remember the 2019 final there were many people that said Toronto took it to us at first half. My viewpoint is a little different, but you know, obviously biased. When the first goal came, when Kelvin scored that first goal, it was like everybody could relax and we played and we jumped to a 3-0 lead. So, yes, that experience is going to help us.”

The combination of experience, quality and the added boost of considerable home fan support will set the stage for the Sounders to be able to make history.

“There is still 90 minutes to play against a very well-coached, a good team,” Schmetzer said. “They’re motivated as well, so if the outcome goes our way, for Seattle, for the Sounders, for the fans, the players, the people that work in our office, the technical staff, I think it would be a huge honor.”