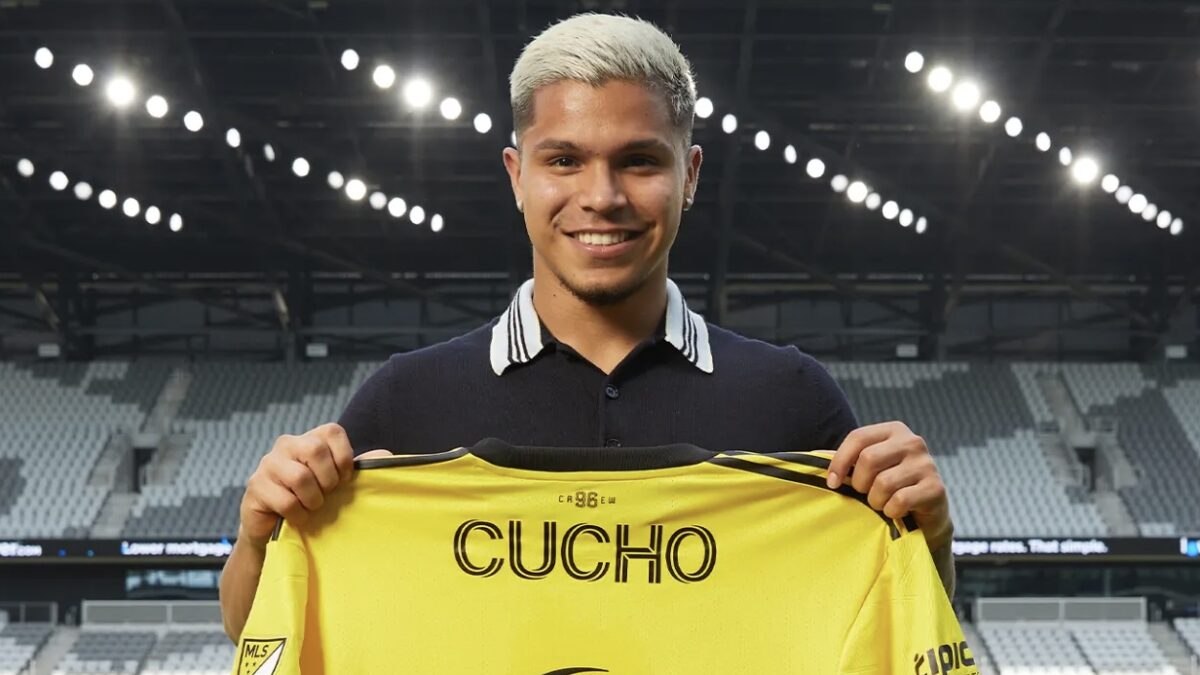 The Columbus Crew made a major splash on Tuesday by signing Cucho Hernandez for a club-record fee, and even though the Colombian has yet to lace up his cleats for the MLS side, expectations are already high for the new acquisition.

Hernandez made the move from English Football League Championship side Watford on a reported $10 million deal, providing himself with a new opportunity after Premier League relegation just one month ago. The 23-year-old impressed with Watford during his first full season with the club, four years after originally joining from Spanish side Granada.

Now with the Crew pairing Hernandez up alongside playmaker Lucas Zelarayan and midfield engine Darlington Nagbe, the opportunities are endless for the Eastern Conference club.

“Signing a top-level player at the striker position was our main priority this transfer window and we are ecstatic to sign an elite difference-maker like Cucho,” said Porter. “Despite being just 23 years of age, he has shown a nose for goal against top level European opposition, and we firmly believe that he will flourish in our league. We are excited to get to work with Cucho and know the quality he brings to our squad will be a massive lift for our season.”

Hernandez bounced around over the past few seasons, spending loan spells at Huesca, Mallorca, and Getafe before being a first team regular with Watford last season. He featured mainly as an outside winger at Vicarage Road last season, delivering five goals and three assists in all competitions, but Watford eventually suffered relegation back into the second-tier.

Gyasi Zardes’ departure to the Colorado Rapids forced Porter and club president and general manager Tim Bezbatchenko to seek a new attacking talent to call on long-term and the Colombian international checked all of their boxes before officially signing with the club as a Young Designated Player on Tuesday. Hernandez’s versatility could see him play out wide or up-top in the Crew’s attacking front, providing him with ample opportunities to get after MLS backlines.

“If you look at the goals he scored, he’s quick and agile,” Bezbatchenko said in a conference call with reporters. “His ability to create his own shot is an important factor for us. It’s one thing to have a traditional striker who can finish chances from service, but a priority for us was a player who can unbalance and destabilize the defense, find the extra few inches to get a shot off. He can do that.

“He talked about his desire to be the face of a club and to lead the league in scoring,” Bezbatchenko added. “Those are the goals he set for himself coming to MLS.”

The Crew have been inconsistent so far in 2022, currently sitting in 11th place in the Eastern Conference, with only four wins from 14 matches and just 18 goals scored. Zelarayan leads the team with four goals while Derrick Etienne Jr. and Erik Hurtado have each contributed three goals apiece.

Hernandez’s arrival will not only provide the Crew with another skillful attacking piece to call on, but also open up opportunities for others to flourish in the final third. The duo of Zelarayan and Hernandez will be one to monitor as the MLS season pushes forward, especially with the Crew needing a return to the postseason after missing out in 2021.

“Cucho and Lucas Zelarayan together have the potential to be one of the top duos in MLS,” Porter said. “This investment is a testament to the belief our ownership group has in this Club and our commitment to championship ambitions year in and year out. As we enter the halfway point of the season, we feel this is the missing piece to push us over the top.

“We are looking forward to Cucho’s integration into our game model as we believe he can be that consistent goal scorer we’ve been looking for to turn our positive play into more consistent results,” Porter added.