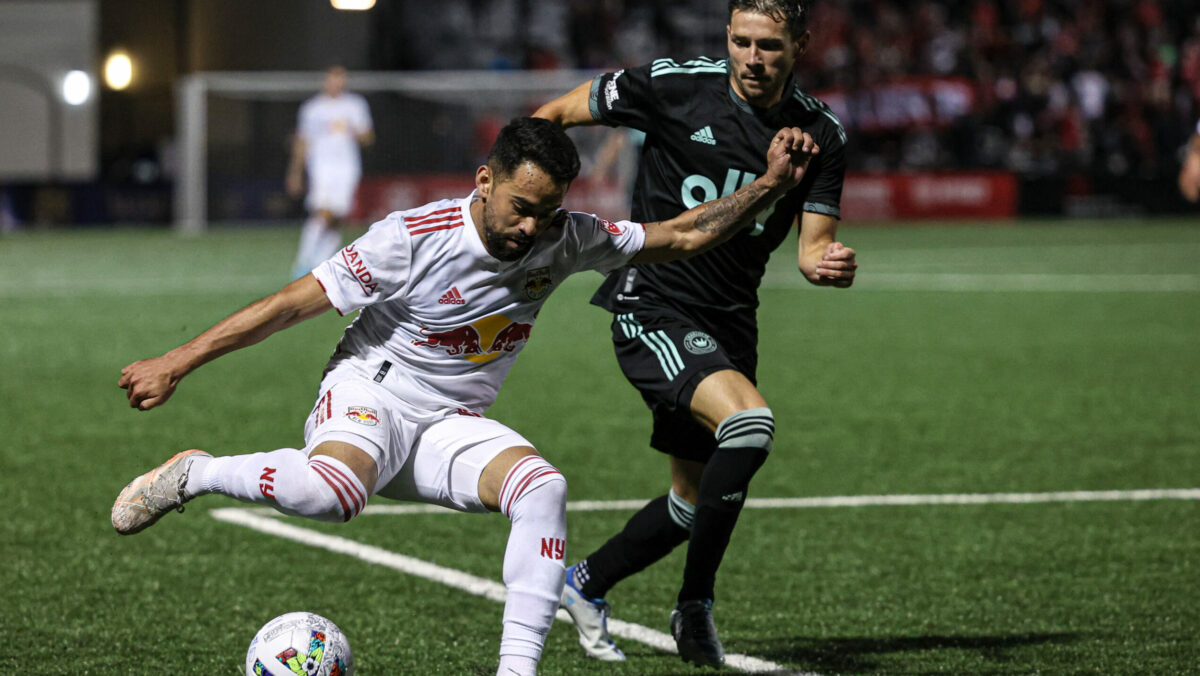 The international break continues to halt MLS play, but not completely. Three matches make up the action this week, highlighted by the New York Red Bulls traveling to North Carolina to take on Charlotte FC.

Nashville SC closes out Saturday by taking on the San Jose Earthquakes. Before the international layoff, Nashville SC’s offense started to impress, with C.J. Sapong and Hany Mukhtar becoming a deadly partnership up top.

The New England Revolution carry a five-game unbeaten streak into Kansas City to take on Sporting Kansas City. Sporting KC has recovered from an extremely poor start to 2022, but a 1-0 loss to the Whitecaps last time out spoiled some of the resurgence. A result against a leading performer in the Eastern Conference would be just what Sporting KC needs.

Here is a look at a short slate of MLS matches in Week 14.

Charlotte FC approaches the first match since the club surprisingly fired coach Miguel Angel Ramirez, and it will be key to observe how the club responds. The Red Bulls snapped their historic road winning run, but that was almost three weeks ago, and a deep Red Bulls team will be difficult to beat.

Confusion abounded about Ramirez’ dismissal, but Charlotte captain Christian Fuchs shed some light on the situation this week, saying, “there were certain fractures between the coaching staff and players.” Charlotte FC are faring well for an expansion side, lying just outside the playoff line at eighth in the Eastern Conference.

Charlotte FC is missing some key players to international duty, with leading striker Karol Swiderski (Poland) and defenders Alan Franco (Ecuador) and Christian Makoun (Venezuela) missing. The Red Bulls are missing midfielder Cristian Casseres (Venezuela) and Aaron Long (USMNT), and will get another chance to show off the depth it has thrived with in U.S. Open Cup play.

Two of the top individual players at the striker position meet in this matchup, with the Quakes’ Jeremy Ebobisse and Nashville SC’s CJ Sapong facing off. Sapong has four goals in his last seven games, while Ebobisse has scored two goals in a game on four occasions in 2022 and has nine goals to his name.

Thanks to improved production for Mukhtar and Sapong, Nashville SC’s attack has improved during a three-match unbeaten run. Nashville has been known for its defensive strength, but U.S. men’s national team centerback Walker Zimmerman won’t be available because of international duty.

Nashville will also miss another key midfield cog in Anibal Godoy, who is with the Panama national team. Likewise for the Quakes, midfielder Jamiro Monteiro is on international duty with Cape Verde.

A 1-0 loss to the Whitecaps sank Sporting KC into some more turmoil, just when it looked like SKC was starting to emerge from an awful start to 2022. This week’s matchup, against a weakened Revs side, offers Sporting KC a big opportunity to rebound at home after a long break.

The Revs ride a five-game unbeaten streak, with wins against Miami and FC Cincinnati. The Revs most recently earned a point at home against the Union.

The Revs will be missing two of their best players to international duty, with Adam Buksa out with Poland and Matt Turner with the USMNT. Both players, however, will only have one more game left with the Revs, which will come next Wednesday, because Buksa is heading to RC Lens and Turner is off to Arsenal this summer. Sporting KC will also miss two key players in Daniel Salloi (Hungary) and Marinos Tzionis (Cyprus).