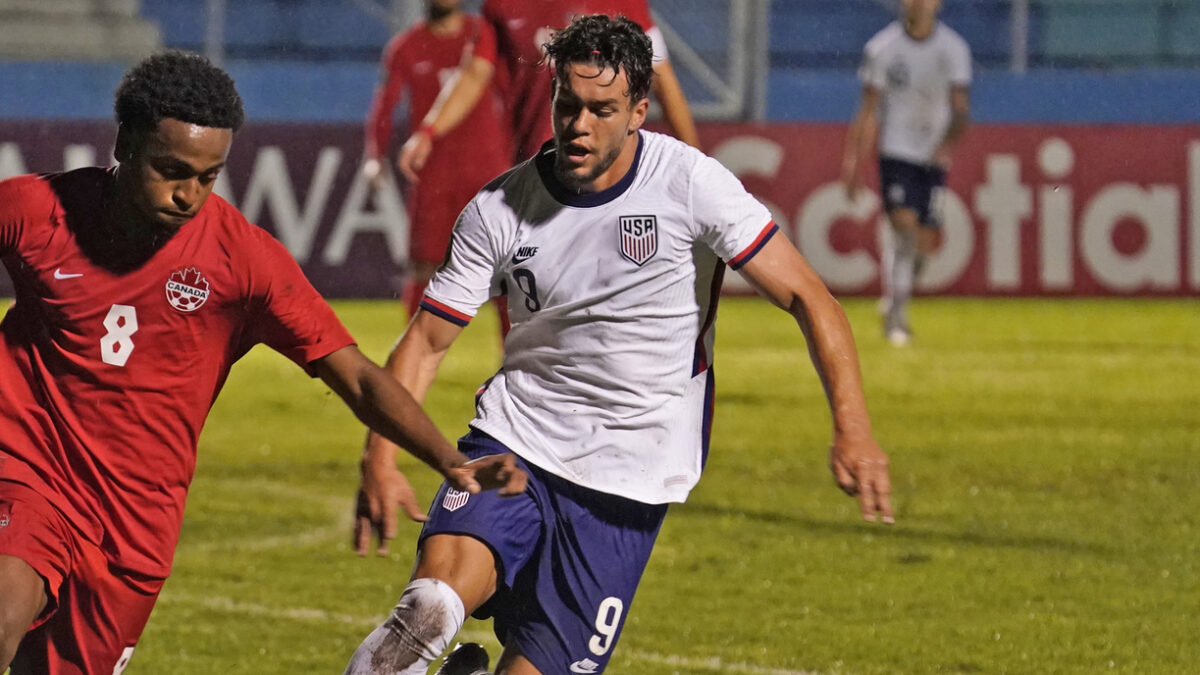 The U.S. Under-20 men’s national team is one victory away from clinching a spot into the 2024 Summer Olympics, but will have to take on Honduras on Friday without key attacker Cade Cowell.

Cowell was handed a three-match suspension by Concacaf for his action in Tuesday’s 2-0 quarterfinal victory over Costa Rica at the Concacaf U-20 Championship. The San Jose Earthquakes forward was the only USMNT U-20 player to receive a suspension, while a total of nine Costa Rican players were handed suspensions for their actions after the final whistle.

Both teams were involved in an altercation after the final whistle as the Americans clinched their berth into the 2023 FIFA U-20 World Cup in Indonesia. Paxten Aaronson scored both goals for Mikey Varas’ side, propelling the USMNT U-20’s into a final four clash with Honduras for a spot in Sunday’s final.

“In the case of the United States, the Committee has determined that player Cade Cowell (No. 9) violated Competition Regulations and the FIFA Disciplinary Code,” a Concacaf statement read.

“As a consequence of these rule breaches, and in accordance the Competition Regulations and the FIFA Disciplinary Code, and Mr. Cowell’s violent and unsportsmanlike conduct, he has been suspended for three matches. All suspensions must be served in the next official match of the men’s national team of the same age category. If the suspensions cannot be served in the same age category, then they will be transferred to the immediately higher category in men’s national team football.”

Cowell, 18, has scored two goals and registered two assists in his five appearances to date in Honduras, most recently logging 27 minutes off of the bench in Tuesday’s victory against The Ticos.

The USMNT U-20’s are 4-0-1 so far in the competition, outscoring their opponents 22-2. Quinn Sullivan leads the team with five goals, while Aaronson has four goals and Niko Tsakiris has two tallies.

Honduras is a perfect 5-0 in the competition, most recently defeating Panama 2-1 in the quarterfinals.