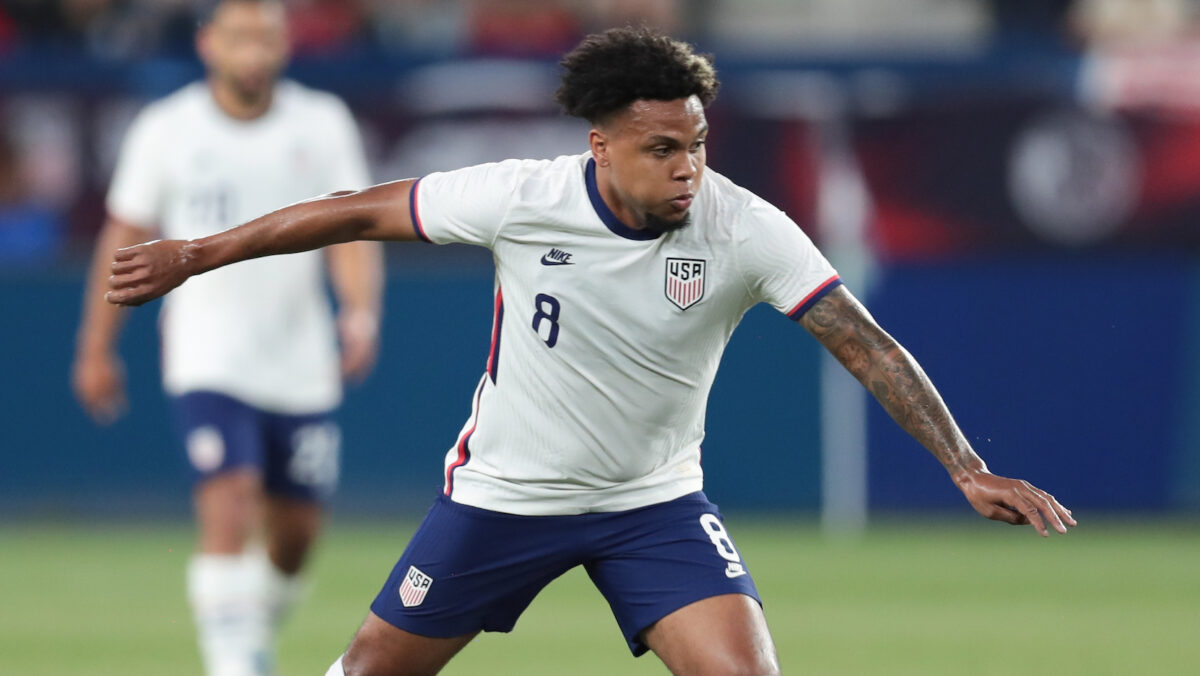 Weston McKennie is still working his way back to full fitness after recently returning from the broken foot that sidelined him for more than three months, but that won’t keep him from being in the U.S. men’s national team starting lineup for its toughest test in a four-match June stretch.

McKennie is slated to start in the USMNT midfield against Uruguay on Sunday in Kansas City, Kansas, Gregg Berhalter announced on Saturday. Berhalter unveiled his starting lineup a day early, and admitted that he will limit McKennie to a 45-minute appearance as he works his way back to full match fitness after making a 13-minute cameo on Wednesday against Morocco.

McKennie suffered a broken foot in February with Juventus in UEFA Champions League play, and was only able to make one 15-minute cameo in Juve’s season finale before joining the USMNT for its June matches.

Sean Johnson will earn his first start in goal since February 1, 2020, stepping in for Matt Turner, who was outstanding in recording an eight-save shutout in Wednesday’s 3-0 win against Morocco in Cincinnati.

One question mark in the lineup is at left back, where Antonee Robinson is slated to start again, but he is also battling an illness and if he is unable to play then Joe Scally will start in his place.

DeAndre Yedlin is the other player stepping into the lineup, starting in place of Reggie Cannon as the two jockey for position as the team’s back-up right back behind regular starter Sergiño Dest, who is missing the team’s June friendlies while he recovers from an injury-hit season with FC Barcelona.

The Americans will face a stiff test from an Uruguay side that rolled over Mexico, 3-0, in a friendly on Wednesday. Edinson Cavani scored a pair of goals for the South Americans.

The USMNT will follow up Sunday’s friendly with a pair of Concacaf Nations League matches, on June 10 against Grenada in Austin, Texas, before a road trip to face El Salvador on June 14.