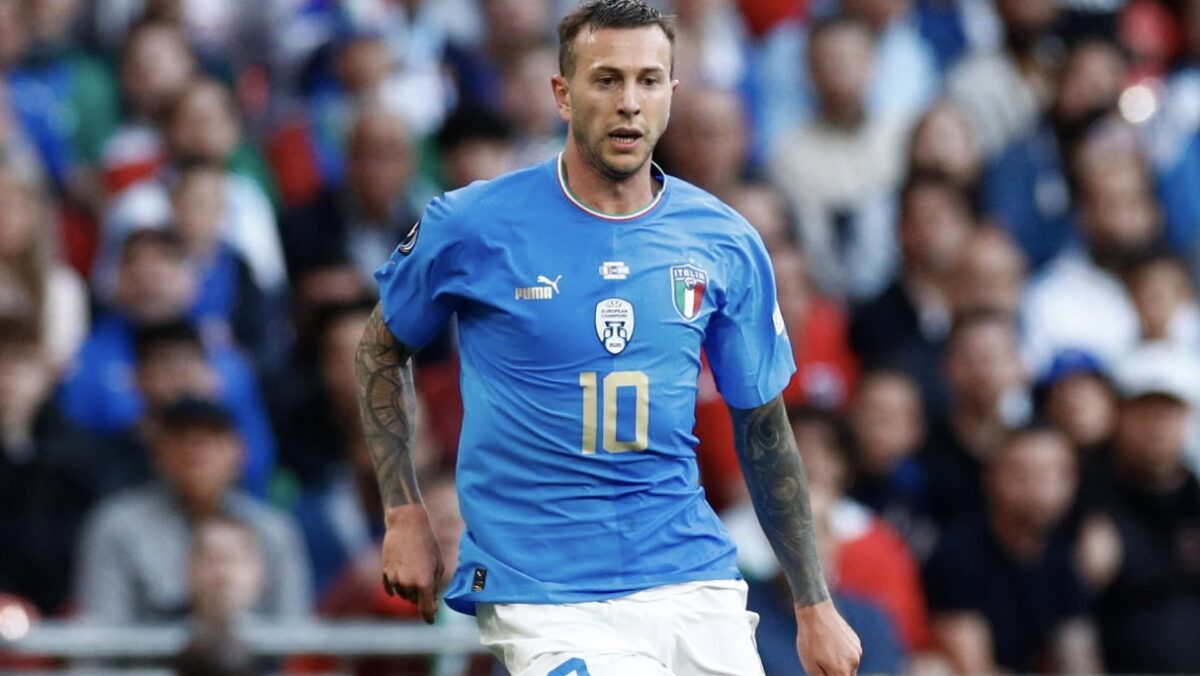 Toronto FC’s roster shuffling continued on Friday with a third Italian international making the move to MLS in recent weeks.

Federico Bernardeschi joined TFC as a Designated Player through 2026, Toronto FC announced. He joins Lorenzo Insigne and Domenico Criscito as the newest members of the Canadian club this season.

The 28-year-old has spent his entire club career in his native Italy, most recently playing for Juventus over the past five seasons. Bernardeschi made a combined 183 appearances for Juventus, registering 12 goals and 24 assists and winning seven trophies.

“Having met with Federico a couple of weeks ago, we think he’s a great fit for what we’re trying to build here at TFC and look forward to getting him on the field,” said Toronto FC Head Coach and Sporting Director Bob Bradley. “He’s an attacking player who is also known for working hard for the team. Federico’s a left footed player who’s comfortable playing on the right wing but can also slide into a central position when needed.”

Bernardeschi began his career with his hometown club Atletico Carrara before eventually moving to Fiorentina. He has also earned 38 caps for the Italian national team, scoring the final penalty kick in Italy’s European Championship win over England in 2021.

Toronto FC sits in 13th place in the Eastern Conference.

Julian Gressel is on the move for the second time in his MLS career, making the move to Canada for the first time.

The 28-year-old has been one of the top playmakers in MLS since joining the league in 2017, totaling 58 assists in regular season play. Gressel has also added 19 goals in 171 regular season appearances.

“We are always looking for opportunities to take our team to the next level and Julian is the perfect fit. He has been on our radar for a long time, and we are very happy we got this deal done,” said Axel Schuster, Whitecaps FC sporting director. “Over the past five plus years in the league, Julian has proven to be one of the best players in MLS, regardless of position, and is a league leader in assists. His ability to cross the ball and to set up his teammates in good positions will add additional quality to our group. Not only this, but Julian plays with great intensity and brings the versatility to play as a midfielder, where he helped Atlanta win an MLS Cup. Overall, he is a fantastic player, and we are thrilled to welcome him and his family to Vancouver.”

The Whitecaps are in 10th place in the Western Conference.

Atlanta United president Darren Eales will be on his way to the English Premier League this August.

Eales has agreed to become CEO of Newcastle United, a move which will become official on August 9. Eales has been president of the Five Stripes since the team’s debut MLS season in 2017.

“Darren Eales is one of the best hires I’ve made in my career and the strength and success of Atlanta United to date is a credit to him not only as a leader, but as a passionate footballer,” said Arthur M. Blank, owner and chairman of the Blank Family of Businesses.

“I’m thrilled for Darren to have this new opportunity to lead Newcastle and I see it as a very positive reflection of Atlanta United and what our club has achieved in such a short time. Darren is more than ready to lead Newcastle and I know he’ll be an outstanding leader of that club. He leaves with my deepest respect, admiration and very best wishes for him, Faith and their two beautiful sons.”

The Five Stripes enjoyed early success in MLS, winning MLS Cup in 2018 before also lifting the U.S. Open Cup and Campeones Cup in 2019. Gonzalo Pineda’s squad has been plagued by injuries in 2022, but remain well in the playoff race in the Eastern Conference.

Luciano Acosta will not play a part in FC Cincinnati’s next two matches.

Acosta has been suspended by the MLS Disciplinary Committee and fined an undisclosed amount for exhibiting aggressive behavior toward and making unwanted physical contact with a match official. Acosta’s incident occurred in the 90th minute of FC Cincinnati’s match with the New York Red Bulls on July 9.

Acosta will miss Sunday’s Hell is Real Derby against the Columbus Crew and also next week’s showdown with Nashville SC.

The 28-year-old has been key in Pat Noonan’s squad this season, totaling six goals and 10 assists in league play. He has totaled 13 goals and 20 assists in 50 combined league appearances for FC Cincinnati since joining the Ohio-based club.