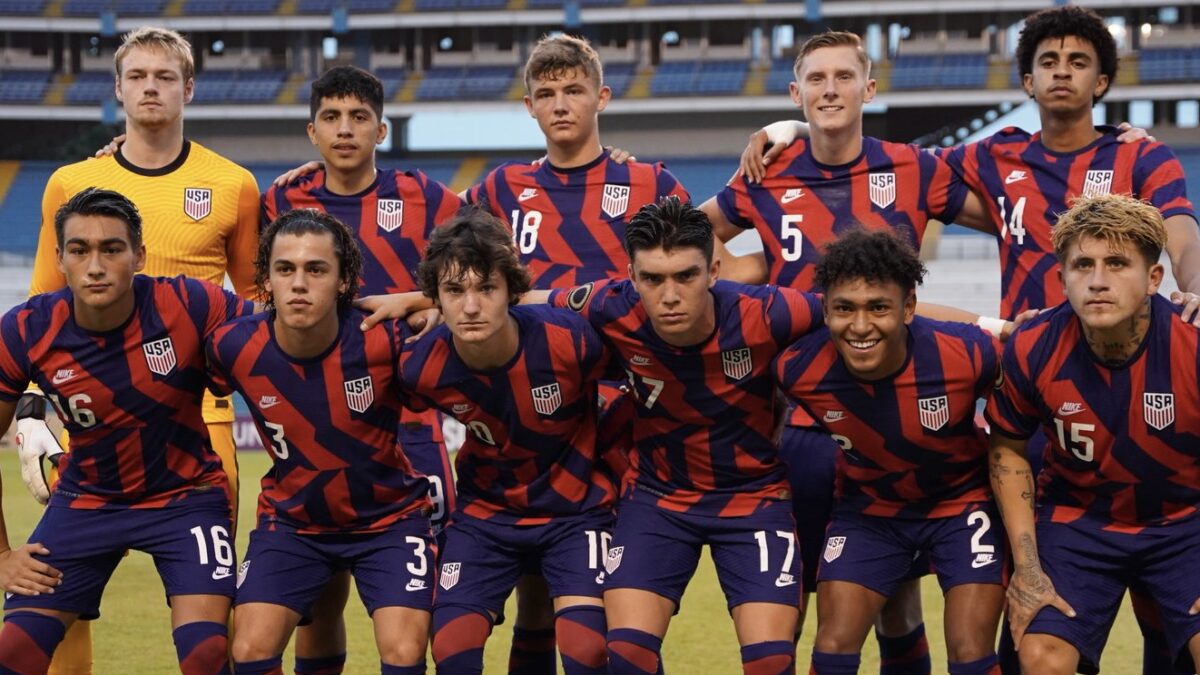 The U.S. Under-20 men’s national team had three objectives heading into the 2022 Concacaf U-20 Championship and Mikey Varas’ side capped off its final objective in style on Sunday by claiming a third straight Concacaf title.

Paxten Aaronson scored twice to win the Golden Boot while Tyler Wolff, Jack McGlynn, Niko Tsakiris and Noah Allen also found the back of the net as the Americans rolled past the Dominican Republic, 6-0, to cap off an impressive run in Honduras.

The Americans’ early pressure paid off as Wolff headed home Jackson Hopkins’ cross from point-blank range. It was Wolff’s first goal of the tournament, which came at a perfect time for the Americans.

Noah Allen added to the Americans lead before halftime by testing his luck at the top of the Dominican Republic box. Allen got a bit of help along the way as his shot deflected off of Miguel Vasquez and into the net for a 3-0 USMNT U-20’s lead.

Jack McGlynn entered the match to begin the second half and added his name to the scoresheet in the 53rd minute. McGlynn cut onto his left foot at the top of the Dominican Republic box before drilling a low shot into the bottom-left corner.

Aaronson leapfrogged club and international teammate Quinn Sullivan into the Golden Boot lead by scoring his second goal of the match in the 55th minute. Brandan Craig played Aaronson in towards goal on a set piece, watching as his teammate slammed home from point-blank range.

Niko Tsakiris added a sixth goal of the match in the 61st minute, rifling home from the middle of the box after the Dominican Republic failed to clear Caden Clark’s cross into the box.