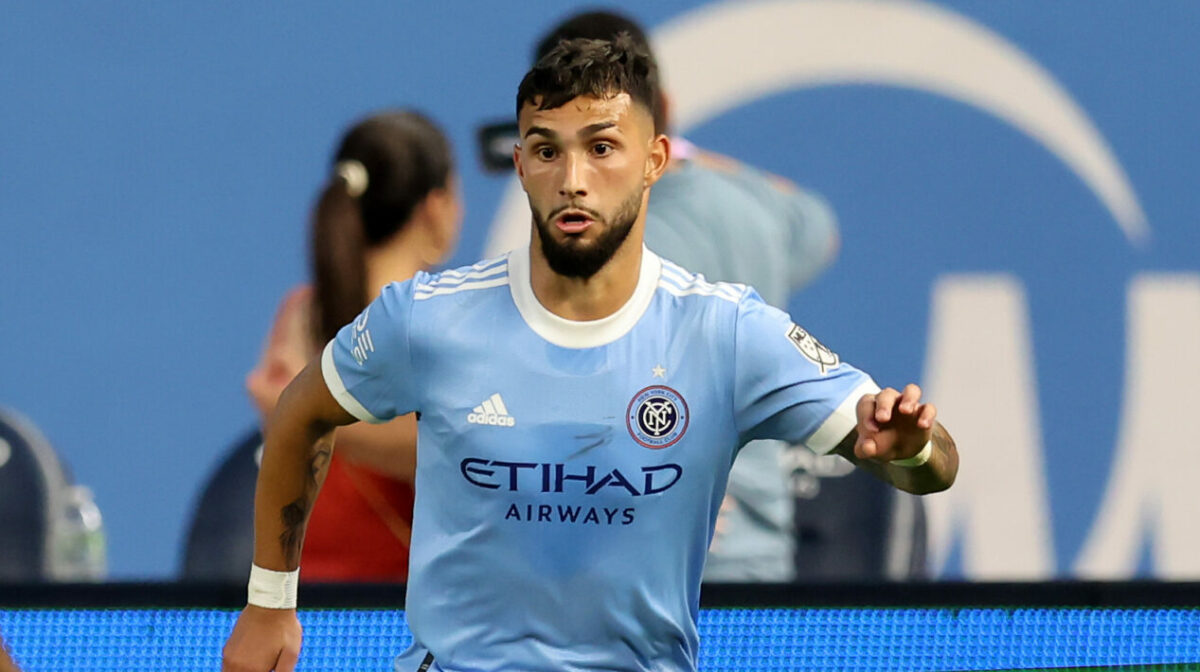 All signs point to Valentin Castellanos’ time with New York City FC coming to an end soon. Saturday’s home win over Inter Miami allowed the NYCFC faithful to salute their star striker for what looked like the final time before his proposed move to Europe.

Castellanos started in Nick Cushing’s squad and assisted once in a 2-0 victory over Inter Miami at Yankee Stadium, helping NYCFC claim a fourth-consecutive win and stay in touching distance of Eastern Conference leaders Philadelphia Union. The Argentine has been linked with a move to Spanish club Girona in recent weeks, another club in the growing project within the City Football Group.

While no official transfer agreement has been made between NYCFC and Girona, Saturday’s 62-minute outing for Castellanos felt like his final one for the defending MLS Cup winners. Castellanos was applauded heavily by the home fans while being substituted off in the second half. He also savored an extra lap around the stadium at the final whistle of the win.

His legacy in NYCFC colors will be headlined by the team’s MLS Cup triumph and his Golden Boot award in 2021, but Cushing believes Castellanos will be remembered for even more than just his statistics.

“I think his passion and his drive and his hunger to work for the team,” Cushing said. “I think his hunger and desire to be in the box and to be a killer in the box is there, and I think people fall in love with him because he plays with his heart and his passion. And he plays for New York. I think you will always remember that whether he’s here, whether he’s in another part of the world, he is Taty Castellanos and he is New York.

Castellanos assisted on Maxi Moralez’s opening goal in Saturday’s win, setting up his fellow Argentine attacker for his first goal of the season. The 23-year-old later watched as Heber replaced him in the attacking third of NYCFC’s attack and delivered the insurance goal to ice the hosts 12th league victory of 2022.

NYCFC’s 41 goals scored this season ranks for the most in the Eastern Conference and the third-most in MLS as a whole. Castellanos’ departure would open a major hole in the attack, but Heber’s impact in Saturday’s win paired with Talles Magno’s breakout 2022 season would leave NYCFC in good shape to continue being one of the favorites for Supporters’ Shield and MLS Cup.

Cushing will miss Castellanos’ presence at the top of NYCFC’s 4-2-3-1 formation, but believes that other players will step up during the final two-and-a-half months of the regular season.

“I think you can see in our squad we have quality,” Cushing said. “We’ve had two moments where Taty’s been suspended and one where he carried an injury and we put Heber in and he scored two in Cincinnati, he scored in Dallas, he’s come on today and scored again. So Heber is a ruthless No. 9 and is one that has shown since his knee injury, how hard he’s worked and how clinical he is in the box.

“I also think [Talles] Magno would like a go there,” Cushing added. “We could put Talles as a No. 9; he’s a good player and when you say are we going to bring somebody in? Recruitment is an ongoing thing for us. We’re looking all over the world consistently and continually to make sure that if we do bring a player in, it’s to strengthen our team.”