Cristian Arango, DeJuan Jones, and the MLS players who could still leave via transfer this summer 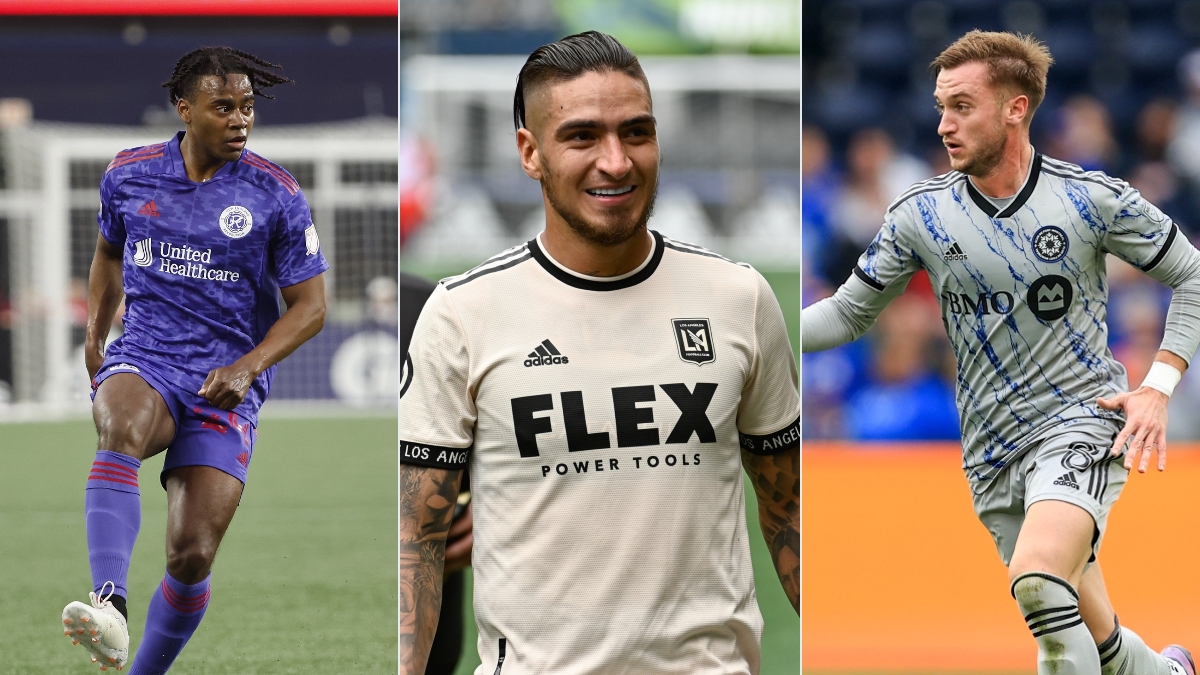 It has been a busy summer of transfer activity in Major League Soccer, particularly with the many high-profile names entering the league. There have been some key departures as well to show us that foreign suitors are showing increased interest in the talent available in the MLS ranks.

Valentin Castellano’s recent loan move to La Liga side Girona serves as the latest marquee departure, with Matt Turner’s farewell from New England to Arsenal standing as another of the prominent exits, joining teammate Adam Buksa, who also made an eight-figure move overseas.

As we reach the final month of the summer transfer window we could see even more movement, and more teams entertain bids for their players. For some teams, like Los Angeles FC and the Philadelphia Union, the transfer market has become a healthy market where moving players on is seen as part of their process, while some other teams are not quite as aggressive in capitalizing in the growing allure MLS players have on the European market.

That is why the players on our list of MLS talents who could still make moves this summer comes mainly from teams that already have proven track records of being willing to sell.

Here is a look at some players who could still be on the move in this final month of the summer transfer window:

The Colombian striker has been a productive front man for Los Angeles FC since his arrival last season, and while there is a strong argument for standing pat with Arango as he helps lead the league-leaders, the allure of landing a more high-profile forward could lead to jumping on one of the offers in for his services.

The arrival of Gareth Bale makes Arango a bit more expendable, and the need for an available DP slot in 2023 could precipitate a deal, but the ultimate impetus on an Arango transfer would likely be the ability of LAFC to find a more attractive striker. Luis Suarez had been mentioned earlier in the summer as a possibility but he recently returned to Uruguay. Riding Arango and the team’s summer reinforcements to some silverware feels like the safer bet given how well Steve Cherundolo’s side is playing.

The American playmaker was in outstanding form last season and at the start of 2022, which had him among the more popular transfer targets in the league, but a long-term ankle injury cooled off the speculation. He recently returned to action, and now has some time to rekindle the market as he tries to earn a move overseas.

CF Montreal is a club that has shown a willingness to wheel and deal on the transfer market, and shouldn’t stand in the way of a move, but Mihailovic’s injury stint — which cost him six matches for CF Montreal and a summer call-up to the USMNT — could make it difficult for the 23-year-old to complete a summer departure.

The German left back has been one of the league’s best fullbacks since he arrived, and has been a transfer target nearly that long. The Union’s track record of selling players is well-known, but you wonder how much of an appetite there would be for moving Wagner at this moment, with Philadelphia looking like a legit title contender.

The Union always keep replacement contingencies in the works, and Matt Real and right back Olivier Mbaizo could step in on the left if Wagner is sold, but it will take a generous offer to make Ernst Tanner bid farewell to his top-notch fullback.

Under normal circumstances, Jones would be a prime candidate for a summer move. Multiple European clubs have expressed interest, and the price tag New England has on the left back is well within range of the teams eyeing him.

So what’s the issue? The Revs have already said goodbye to three key pieces of their Supporters’ Shield winning squad, with Matt Turner and Adam Buksa following Tajon Buchanan out the door in large transfers. They don’t need the funds from a Jones sale and currently sit just outside the playoff places in the East. Bruce Arena knows he has a team that could sneak into the playoffs and do some real damage, so would selling one of the league’s best left backs make sense right now?

If the Revs don’t turn things around in August, and are in danger of missing the playoffs, then flipping Jones for $4 million or more would make too much sense not to do.

The presence of three left backs on this list serves as a reminder of just how valuable the position is on the international market, and the relatively small price tags on MLS fullbacks has suddenly made it a popular place for teams looking for a bargain compared to European prices.

You can argue that Palacios has been the best left back in MLS this season, with his marauding runs forward making him the exact type of attacking fullback European clubs crave. LAFC also has a ready-made replacement in Ryan Hollingshead, who would start at left back on most other MLS teams.

What do you think of this list? Which of these players would you consider the most attractive transfer target? Who do you see being the most likely to leave? Who is missing from this list that could fetch an eight-figure offer to leave MLS this summer?