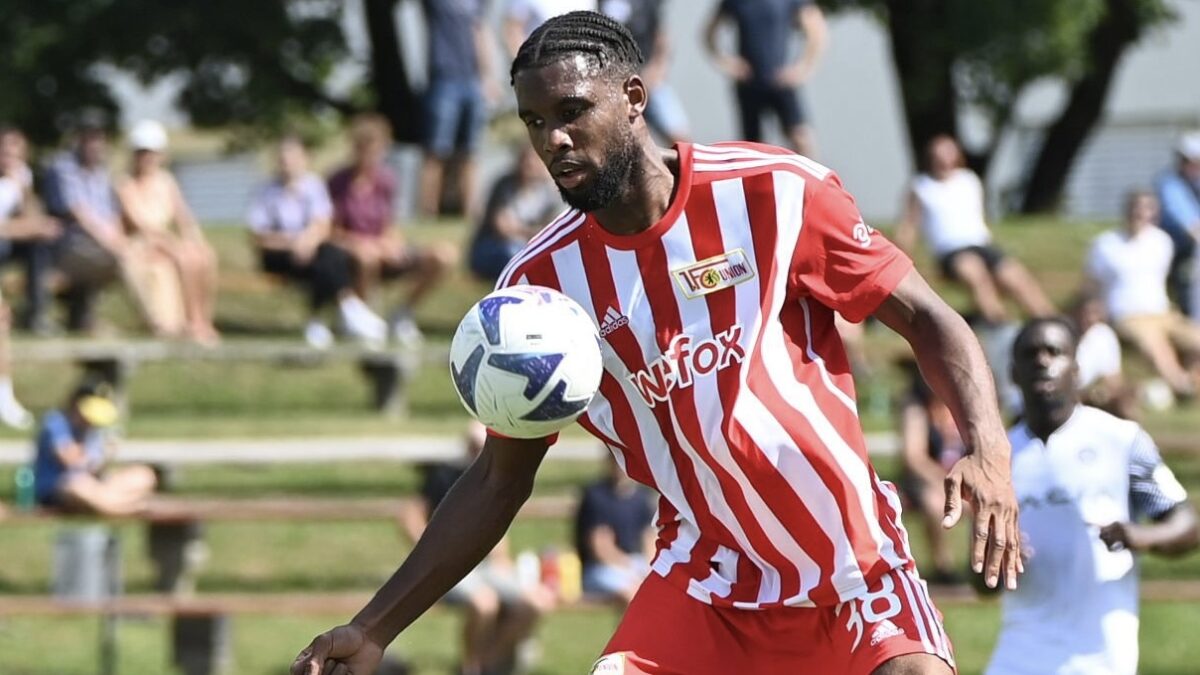 Jordan Pefok made his competitive debut for Bundesliga side Union Berlin on Monday and the U.S. men’s national team striker needed to wait only 64 minutes to celebrate his first goal for the club.

Pefok scored in the second half of Union Berlin’s 2-1 comeback extra time victory over Chemnitzer FC in the first round of the German DFB Pokal on Monday. It was Pefok’s first competitive start for Union Berlin since his offseason transfer from Young Boys earlier this summer.

With the 3. Liga hosts clinging to a 1-0 advantage, Pefok arrived in the box and made the most of his acrobatic attempt from a tight angle. Pefok’s overhead shot looped into the bottom-right corner, tying the match for Union Berlin and eventually forcing extra time between the two clubs.

Pefok was substituted off in the 105th minute as both teams pushed for an extra time winner and the American forward watched from the sidelines as Urs Fischer’s squad snatched a late go-ahead goal. Kevin Behrens played the hero for the Bundesliga visitors, springing Union Berlin in front with six minutes left to play.

Pefok gained some early-season confidence with his new club on Monday and will now be pushing for similar success in Saturday’s Bundesliga opener against rivals Hertha Berlin. The 26-year-old is coming off a career-best season, totaling 27 combined goals in 45 appearances for Young Boys.

Pefok is one of several USMNT forwards in the mix for involvement in Gregg Berhalter’s squad at the 2022 FIFA World Cup this November.