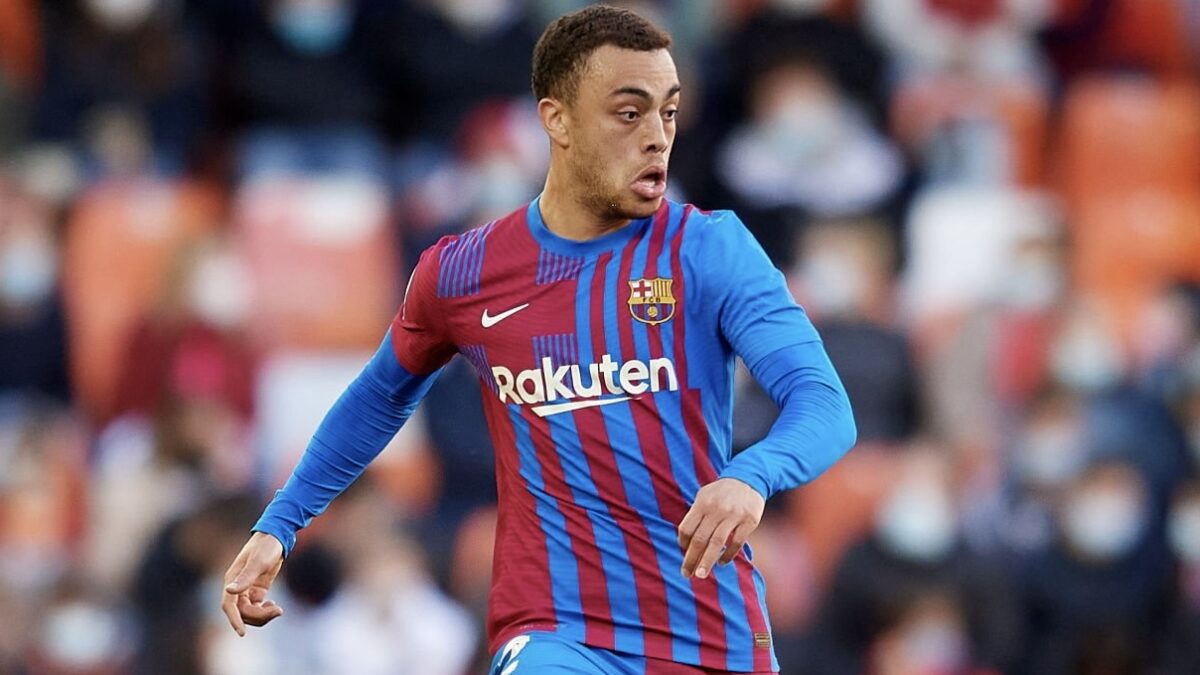 Sergino Dest was reportedly on the radar of both Manchester United and Borussia Dortmund this summer, but is now set for a move to Serie A.

AC Milan is finalizing the acquisition of Dest on a season-long loan spell from Barcelona, Calcio Mercato among other outlets reported Wednesday. Dest’s loan deal will also include a purchase option, which would include a four-year contract at the San Siro.

Dest, 21, has not dressed in Barcelona’s opening three La Liga matches of the season with manager Xavi set to move on from the right back. The former Ajax defender logged 31 combined appearances last season for Barcelona, registering four assists, but injuries also hampered Dest’s playing time.

Dest scored three goals and added five assists in 72 combined appearances for Barcelona following his transfer from Ajax in 2020.

A move to AC Milan gives Stefano Pioli a new option in his 4-2-3-1 formation. Alessandro Florenzi and Davide Calabria are the current right backs in AC Milan’s squad, while Dest can also play left back if needed.