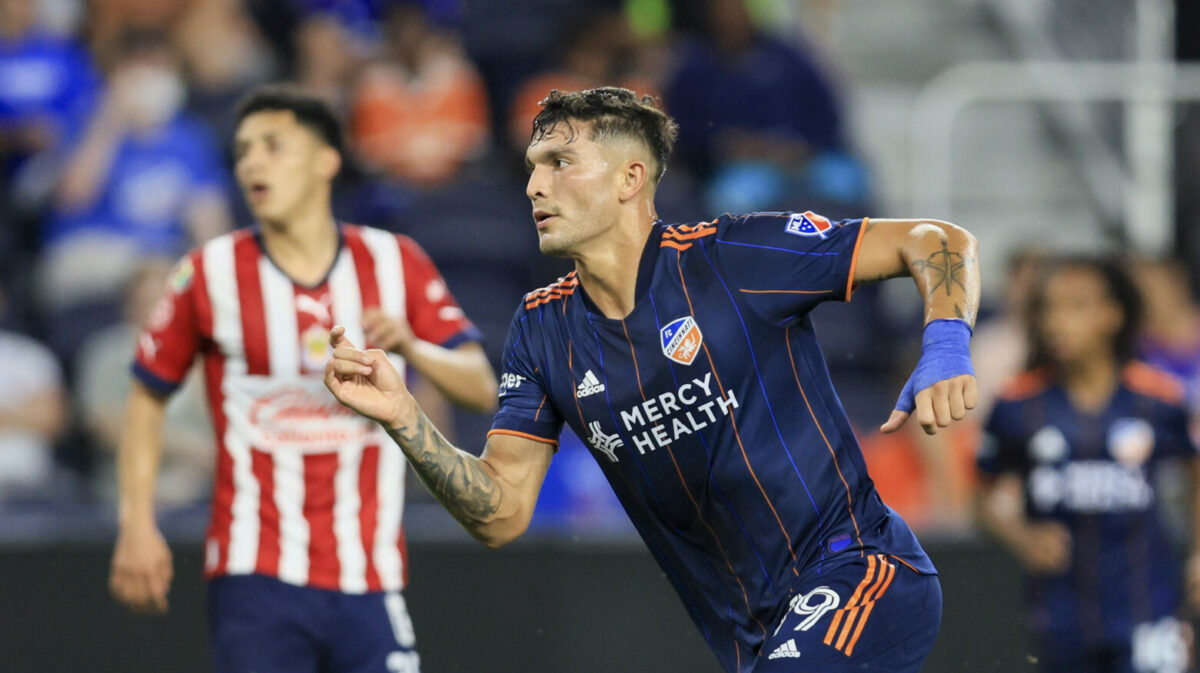 FC Cincinnati striker Brandon Vazquez grew up in California a fan of Chivas Guadalajara. Tuesday night, he took the opportunity to score against Chivas as FC Cincinnati carried excellent MLS form into the Leagues Cup with a win over Chivas.

Vazquez scored to seal the win, as FC Cincinnati came back to beat Chivas after trailing at halftime. Meanwhile, Nashville SC won in a penalty shooutout after a six-goal thriller through 90 minutes against Mexican giant Club America.

The 2022 Leagues Cup is a preview of a competition that will greatly expand in 2023, with competition between MLS and Liga MX teams spreading out over a month. The 2022 slate features three exhibition matches.

Jack Maher’s 89th-minute goal off a corner kick seemed to be the winner for Nashville SC, but Roman Martinez scored on the other end six minutes later, sending this exhibition match at GEODIS Park into penalty kicks.

Nashville SC goalkeeper Elliott Panicco put forth an outstanding performance in the shootout, allowing only Federico Vinas and Miguel Layun to score in the shootout. Nashville’s

Mexican-American striker Brandon Vazquez’ parents are from Guadalajara, so it must have been special for the 23-year-old to score FC Cincinnati’s third goal against Guadalajara Wednesday night as FC Cincinnati came back from a halftime deficit to earn its first Leagues Cup win.

Pavel Perez gave Chivas the advantage in the 20th minute with a strike from long range. Chivas went into halftime up 1-0, but FC Cincinnati came out firing in the second half.

Yuya Kubo opened scoring for the home side with a shot from just outside the box that reached the bottom left corner of the net. Calvin Harris put Cincy ahead with another long-range shot. Finally, Vazquez struck by finishing off a cross from Luciano Acosta.