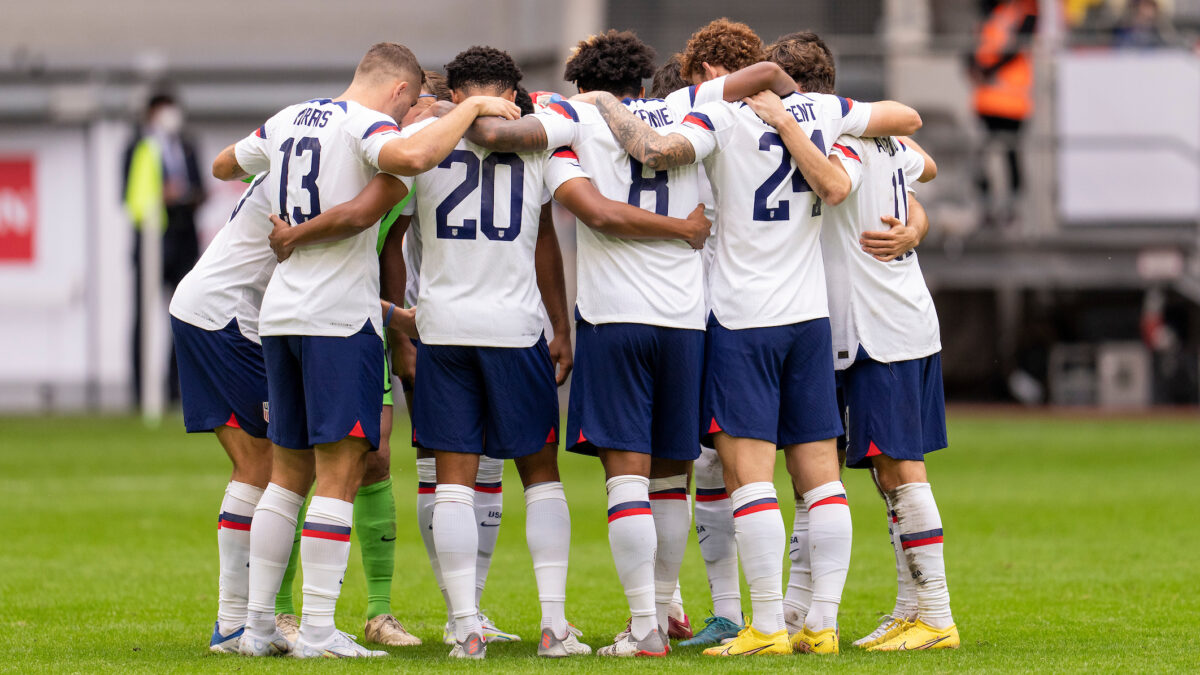 The U.S. men’s national team’s performance against Japan on Friday was a bitterly disappointing one, but Tuesday offers an immediate opportunity for some redemption, and for some fringe prospects to take advantage of the opportunities wasted by others.

From an attack that failed to register a single shot on goal, to a defense that looked shaky both with and without the ball, the USMNT gave Gregg Berhalter plenty to think about after Friday’s 2-0 loss. We should expect plenty of lineup changes, though that was likely already part of the plan heading into the September friendlies.

Berhalter revealed on Monday that Ricardo Pepi will get the nod at striker, while Christian Pulisic will start after sitting out the Japan friendly with a minor injury.

We should also expect some changes to the back-line, particularly at fullback, where several candidates are available to step in.

What will the USMNT starting lineup look like against Saudi Arabia? Here is a look at the options available, and the lineup we could see on Tuesday:

Who will start – Matt Turner

Who should start – Matt Turner

You can make a case for Turner having shown enough against Japan, and argue that an Ethan Horvath or Sean Johnson would benefit from a chance to show what they can do. Berhalter could go that route, but if he is feeling like Turner is his number one, then giving him as many minutes as possible also makes sense.

Zimmerman and Sam Vines both played the full 90 minutes against Japan, making them less likely to start against Saudi Arabia. Getting a look at McKenzie and Palmer-Brown would be good, but it’s tough to see Berhalter starting a centerback tandem without at least one veteran.

Speaking of veterans, Yedlin has a chance to capitalize on Reggie Cannon’s injury and poor showing against Japan with a start on Tuesday, though Joe Scally has certainly done enough on the club level to merit a start.

Aaronson feels like a no-brainer option to start in central midfield, but given the fact he played 90 minutes against Japan, and was beaten up for most of that 90 minutes, we can see Berhalter taking it easy on the Leeds midfielder and giving a start to Acosta.

Could we get a look at Gio Reyna in a central role? It would be worth some time, even if it’s just a half.

Berhalter gave away some of the mystery on Monday by revealing Pulisic and Pepi will start, but you have to wonder whether we could see Pepi and Sargent together. Sargent plays on the right wing at times for Norwich City, and we did get a glimpse of the Sargent-Pepi combination last week in training.

Berhalter’s decision to start Pepi at striker instead of Sargent feels a bit like a last chance for Pepi, though so much can happen in the six weeks between now and the day World Cup rosters are announced.

Reyna only played 45 minutes against Japan and should start again Tuesday if he is healthy, but you wonder whether Berhalter might deploy him in central midfield. Aaronson playing the full 90 minutes against Japan could open the door for a look at Reyna in a central role, though Kellyn Acosta feels like a more likely bet to start in the Yunus Musah spot.

What do you think of these lineup options? Which lineup would you prefer to see against Saudi Arabia?