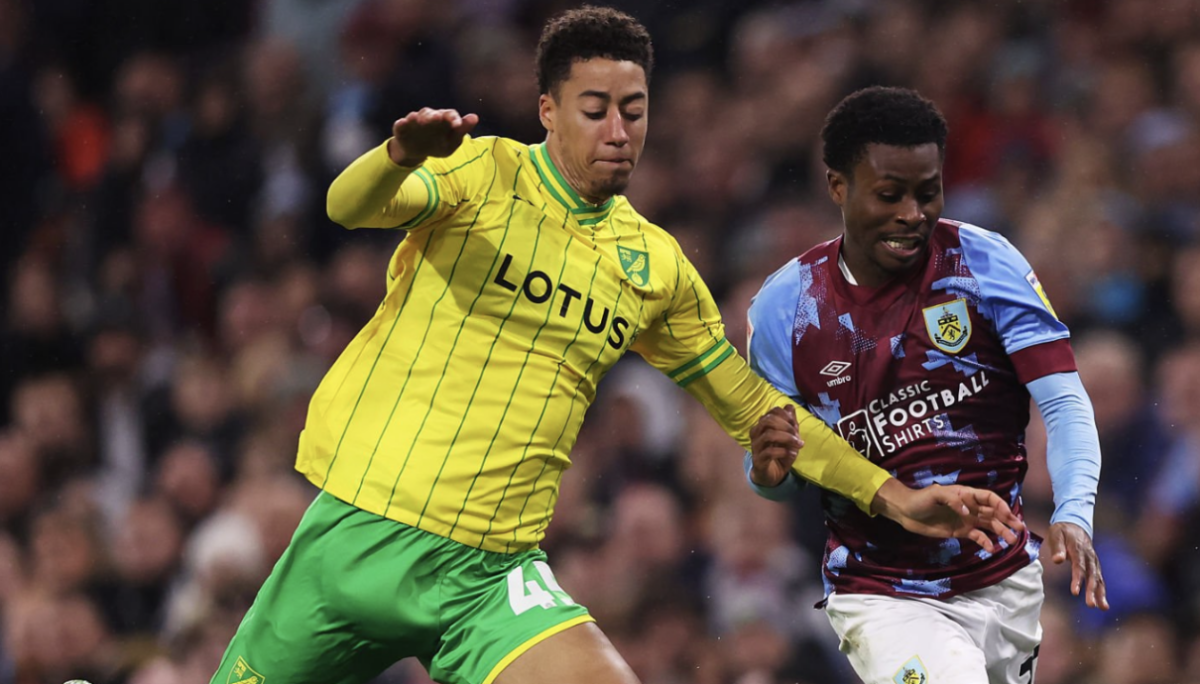 Jonathan Tomkinson had already earned his senior debut for Norwich City earlier this season and the 20-year-old defender followed that up by making his first league start for the Canaries.

Tomkinson logged 90 minutes on Tuesday in Norwich City’s 1-0 road loss at Burnley, his second senior appearance for the English Football League Championship club. Tomkinson made his full debut in a EFL Cup victory over Birmingham City in August and was rewarded by manager Dean Smith on Tuesday night at Turf Moor. Tomkinson made five clearances, one block, and won two duels in the league showdown. Although he did not come out on the winning end, Tomkinson did show promising moments in what he will hope is the first of several appearances this season.

“I thought he was excellent,” Smith said about Tomkinson’s performance against the league leaders.

In Europe, Weston McKennie scored once in a 4-3 loss for Juventus. Christian Pulisic registered one assist in Chelsea’s 2-1 win over Red Bull Salzburg. Matt Turner did not dress for Arsenal due to a groin issue.

In Brazil, Johnny Cardoso did not dress for Internacional.

Weston McKennie started, scored ONE GOAL, and played 90 minutes in Juventus 4-3 loss to Benfica on Tuesday.

John Brooks dressed but did not play for Benfica.

James Sands started and played 90 minutes in Rangers 3-0 loss to Napoli on Wednesday.

Timmy Chandler dressed but did not play in Eintracht Frankfurt’s 2-1 win over Marseille on Wednesday.

Owen Otasowie did not dress in Club Brugge’s 4-0 loss to FC Porto on Wednesday.

Sergino Dest did not dress (Injury) in AC Milan’s 4-0 win over Dinamo Zagreb on Tuesday.

Henry Wingo started and played 90 minutes in Ferencvaros 1-1 draw with Monaco on Thursday.

Matt Turner did not dress (Injury) in Arsenal’s 2-0 loss to PSV on Thursday.

Richie Ledezma dressed but did not play for PSV.

Romain Gall dressed but did not play in Malmo’s 2-0 loss to Union St. Gilloise on Thursday.

Mix Diskerud dressed but did not play in Omonia Nicosia’s 2-0 loss to Real Sociedad on Thursday.

Johnny Cardoso did not dress in Internacional’s 2-1 win over Ceara on Wednesday.