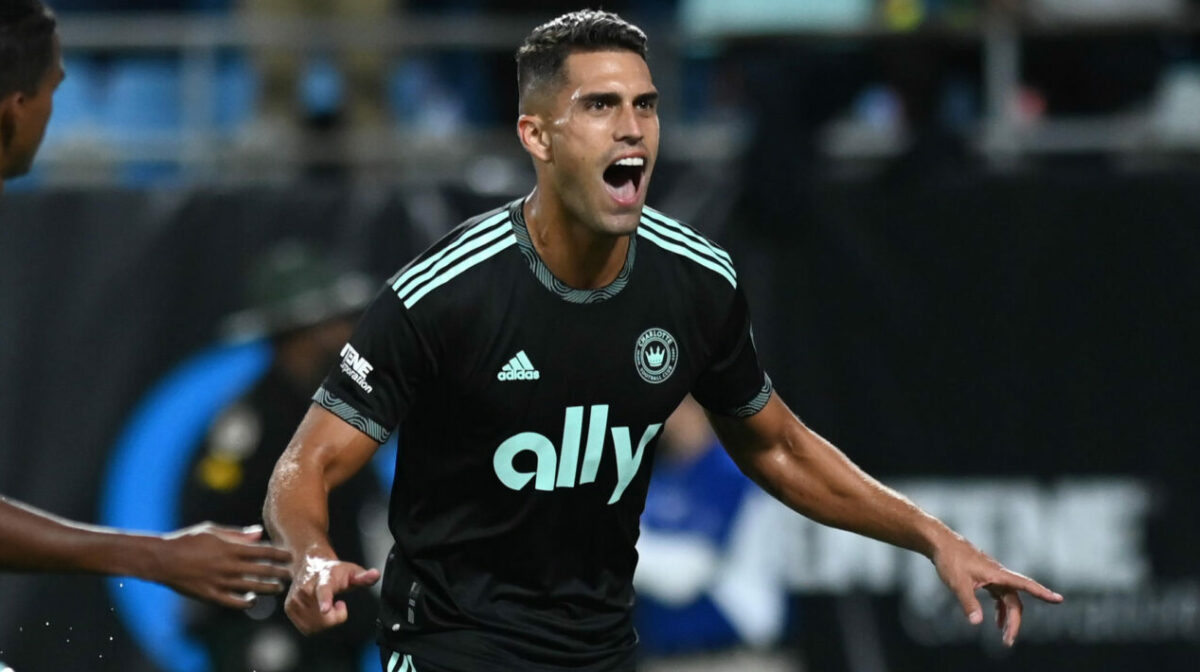 A memorable performance for Daniel Rios, a historic day for LAFC, and a stellar strike from Atlanta United’s Josef Martinez headlined the Best of Week 32 in MLS.

Rios scored four goals in Charlotte FC’s 4-0 romp over Eastern Conference-leading Philadelphia Union, keeping the expansion side alive in the MLS Cup Playoff Race. Rios came into Saturday’s showdown with two league goals to his name in MLS, but boosted that number up to six following a Man of the Match performance at Bank of America Stadium.

LAFC clinched a second Supporters’ Shield trophy in club history after downing the Portland Timbers 2-1 at Providence Park. Denis Bouanga’s go-ahead goal in the 95th minute sealed the deal for Steve Cherundolo’s squad, propelling LAFC past the Timbers and also edging the Union to the trophy.

Atlanta United’s playoff chase came to an end on Saturday, but Josef Martinez did everything he could to keep the Five Stripes fighting until the final whistle. Martinez’s sensational goal at Gillette Stadium was a bright spot in a disappointing day for the club, giving the Venezuelan forward something positive to cheer about.

Here are the top moments in Week 33:

Charlotte FC has relied on Karol Swiderski and Andre Shinyashiki for most of their goals in 2022, but Daniel Rios rose to the occasion in a must-win match on Saturday vs. the Philadelphia Union.

Rios scored four goals in a 4-0 victory, keeping Christian Lattanzio’s squad in the mix for a playoff berth. The Mexican forward opened the scoring for Charlotte FC in the 24th minute before adding three additional tallies in the second half.

Kamil Jozwiak set up Rios for his second goal of the night in the 54th minute before the 27-year-old capped off his stellar performance by scoring from the penalty spot in the 72nd. Rios added a fourth for good measure in the 91st minute, beating Andre Blake to the bottom-left corner.

Honorable mention for Player of the Week in Week 32 goes to Chicago Fire forwards Brian Gutierrez and Jhon Duran, as well as Vancouver Whitecaps forward Ryan Gauld. Duran scored two goals for the Fire in a 3-2 win over FC Cincinnati while Gutierrez added one goal and two assists.

Gauld scored once and assisted once as the Whitecaps downed Austin FC 2-0 at BC Place.

LAFC’s up-and-down run of form had allowed the Philadelphia Union to draw level on points heading into Matchday 32, but Steve Cherundolo’s side grinded their way to a second-ever trophy by picking up a clinching victory in one of MLS’ toughest venues.

Carlos Vela and Denis Bouanga both scored for LAFC in a 2-1 road win over the Portland Timbers, clinching the Supporters’ Shield for the Western Conference leaders. Despite conceding a late equalizer to Dairon Asprilla, LAFC used a bit of magic and luck from Bouanga in stoppage time to officially clinch a second Supporters’ Shield trophy in club history.

Maxime Crepeau was also key for LAFC on Sunday, making six saves to preserve the victory.

The Columbus Crew, Charlotte FC, and NYCFC were also among the top performers this weekend, with all three earning conference wins.

Atlanta United’s quest to reach the MLS Cup Playoffs may have ended on Saturday, but Josef Martinez delivered one of top goals of the 2022 season in the Five Stripes fight in Foxborough.

Martinez’s overhead kick in the 81st minute tied things up for the Five Stripes against the New England Revolution, before the hosts eventually picked up a 2-1 win. The Venezuelan connected strongly with Brooks Lennon’s cross from the right wing, watching as Revs goalkeeper Djordje Petrovic had no chance to keep out his blistering shot.

The 29-year-old Martinez has nine goals this season, but will be fighting to reach double digits on Decision Day with the Five Stripes hosting NYCFC on Sunday.