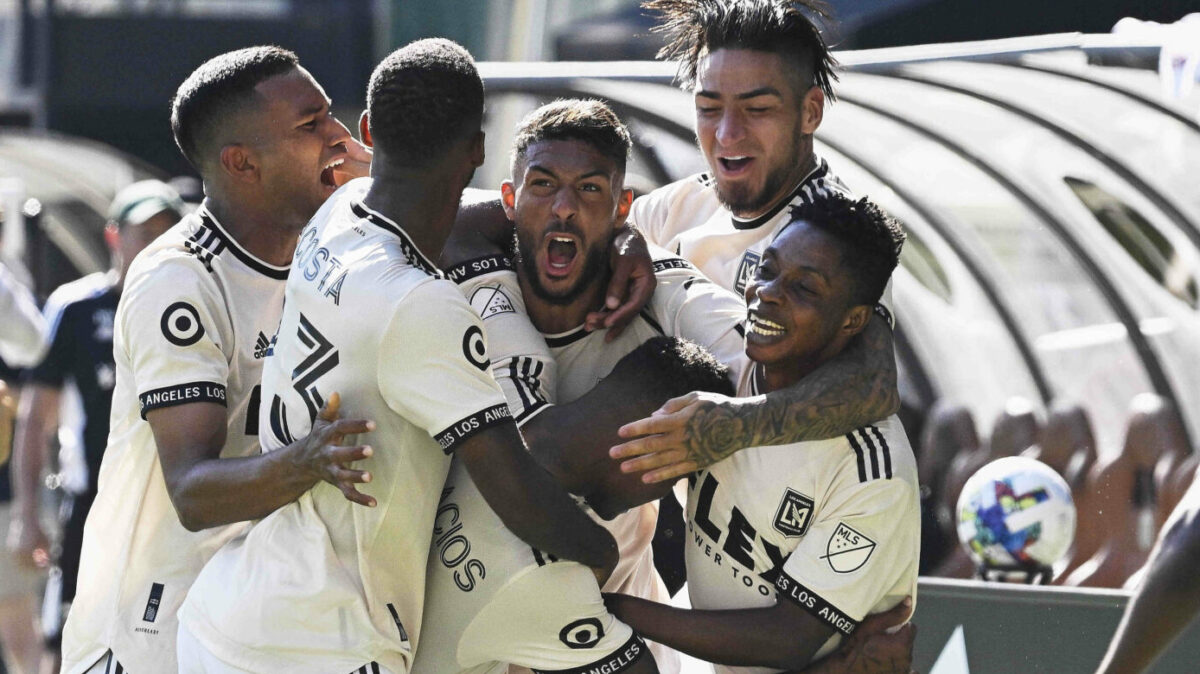 LAFC’s late-season hiccups allowed the Philadelphia Union to draw close in the 2022 Supporters’ Shield race, but Steve Cherundolo’s squad officially locked up their second trophy in club history on Sunday.

Denis Bouanga’s stoppage-time winner at Providence Park propelled LAFC past the host Portland Timbers 2-1, clinching the Supporters’ Shield for the Western Conference’s No. 1 seed. It was Bouanga’s first MLS goal which couldn’t have come at a better time for LAFC.

Following a goal-less first half, LAFC broke the deadlock as Carlos Vela’s opener in the 51st minute made it 1-0 to the visitors. It was Vela’s 12th league goal of the season and a fourth in the aMexican’s last three appearances.

The Timbers fought their way back to tie things up in the 81st minute as Dairon Asprilla headed past Maxime Crepeau following a great cross from Claudio Bravo. Asprilla’s equalizer kept the Supporters Shield race alive as LAFC needed all three points to officially lift the trophy.

Bouanga called his own number in stoppage time as the 27-year-old cut into the Timbers box before curling a shot into the bottom corner. His effort deflected off of Bill Tuiloma and past Aljaz Ivacic, sending the visiting LAFC fans into pandemonium.

LAFC would hang on to officially eliminate the Union from the Supporters Shield race, locking up the trophy prior to next weekend’s Decision Day. Steve Cherundolo’s side will get to celebrate on home soil next weekend with Nashville SC coming to Banc of California Stadium.

The Timbers, who are currently sitting sixth in the West, will travel to eight place Real Salt Lake, needing three points to clinch their playoff berth.