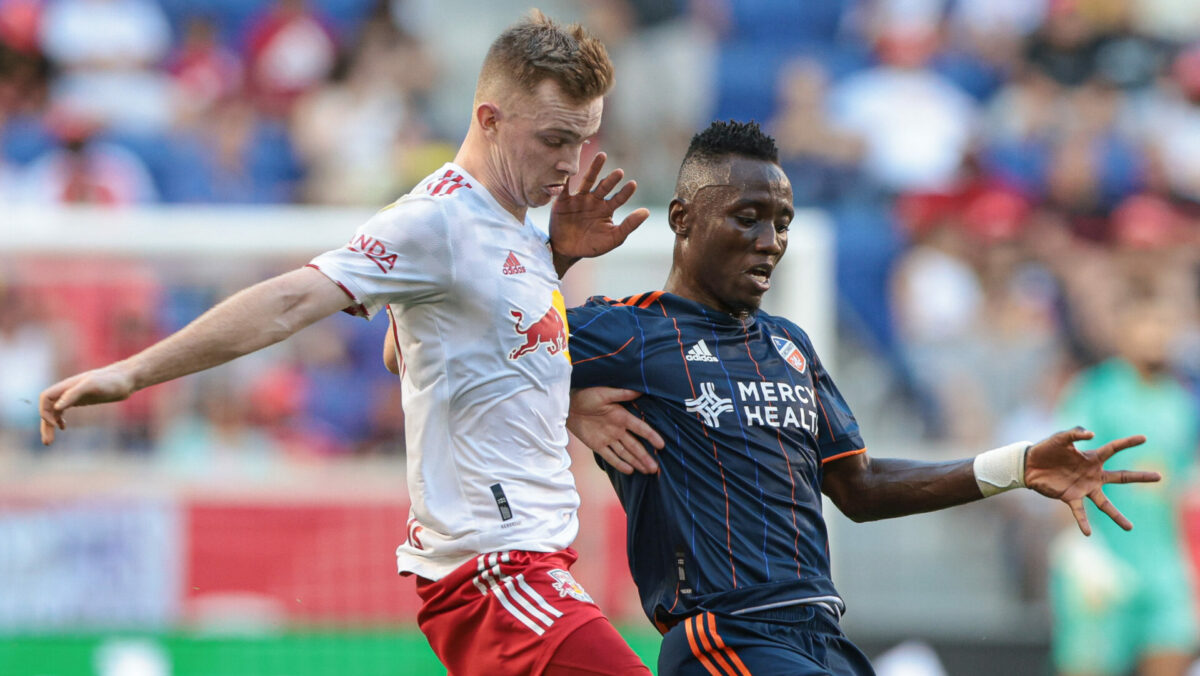 A high-stakes Decision Day set the table for the first round of the 2022 MLS Cup playoffs. Defending champion New York City FC is in the mix in the Eastern Conference, but Supporters’ Shield winners Los Angeles FC and Eastern Conference top-seed Philadelphia Union appear head and shoulders above the competition.

The Union and LAFC have byes in the first round, which leaves six enticing matchups. Western Conference 2-seed Austin FC has a tricky home matchup with Real Salt Lake, while CF Montreal begins the playoffs with Orlando City traveling to Montreal.

The playoffs begin Saturday with FC Cincinnati facing the New York Red Bulls. FC Cincinnati provided the biggest surprise of the regular season in taking fifth-place in the Eastern Conference.

Here is what to watch for in all six first-round playoff matches.

FC Cincinnati looks to make its first playoff appearance in club history after notching three wins and only one loss in the last five matches of the regular season. The Red Bulls had some saving grace from a fairly new face in Elias Manoel, whose two goals seemed to fix Gerhard Struber’s side’s pitiful forward play on the final day of the regular season.

The Red Bulls have relied on a dependable back line all season, while Cincy’s defensive unit has been inconsistent. Both back lines will be on high alert for this game, with Brandon Vazquez scoring 18 regular season goals and Manoel emerging as a threat in the Red Bulls’ Decision Day win over Charlotte FC.

The Galaxy and Nashville SC settled for a 1-1 tie about one month ago in a pivotal regular season matchup. The Galaxy relied on a stoppage-time penalty kick from Riqui Puig to secure a point at home.

Key for the Galaxy in this match will be stopping Hany Mukhtar. The regular season Golden Boot leader, Mukhtar is tied for the league lead in shots per game with 3.8 and also averages 2.5 key passes per game.

Nashville SC may rely on simply outscoring the Galaxy, as the Galaxy’s midfield unit is firing on all cylinders thanks to the introduction of Puig, whose passing percentage has dipped below 90% only once in the last five games.

Can Pablo Mastroeni and RSL make a similar miracle run like it did last year? The narrative for another surprise run is certainly there. RSL punched its ticket to the playoffs on the final day with a 3-1 win over the Timbers, avenging a loss in last year’s Western Conference final.

Austin FC will look to use its threats on the wings in Diego Fagundez and Ethan Finlay to feed Sebastian Driussi, who must rekindle his form from earlier in 2022 if Austin can make a playoff run. RSL’s back line has allowed only 45 goals, while its attack lags behind with only 43 goals scored. Jefferson Savarino was a revelation for Mastroeni’s side in midseason, and could be a big factor if he hits a strong run of form.

Austin heads into the playoffs on a three-match winless run to finish the regular season. If RSL can pull of an upset in the first round, it can set the momentum for another playoff run.

Orlando City made a comeback over the Crew to make the playoffs on Decision Day, snapping a brutal run of three losses in four games before that. Oscar Pareja’s side is the lowest-scoring Eastern Conference playoff team, and must find a way to stop a dynamic CF Montreal side that can move smoothly into the attacking third thanks to its midfield talent in Djordje Mihailovic, Victor Wanyama and Ismael Kone.

CF Montreal enters these playoffs as the 2-seed in the Eastern Conference, finishing one of its best regular season performances in club history. The teams have split the season series, with Orlando City winning 2-0 on the first day of the season and CF Montreal earning a 4-1 win at Stade Saputo in July.

NYCFC moved this match to Citi Field, after backlash regarding its original location at Red Bull Arena. Despite NYCFC’s home venue issues this year, the team is still 10-3-4 in home games.

However, this NYCFC is much different from last year’s MLS Cup-winning side. Of course, 2021 top scorer Valentin Castellanos and coach Ronny Deila are gone, but starters Tayvon Gray and Alfredo Morales suffered injuries in last weekend’s win over Atlanta United. NYCFC’s back line has remained strong all year, led by Thiago Andrade at center back.

Inter Miami makes its playoff debut after an impressive run to finish the regular season. Gonzalo Higuain will be motivated as ever to keep his side going after he announced he will retire after the season, and Phil Neville has overseen several more breakout seasons from attackers such as Robbie Taylor, Leonardo Campana and Bryce Duke.

FC Dallas put its cohesion and attacking strength on display in a win over Sporting Kansas City to finish the regular season. Supplying Jesus Ferreira and Paul Arriola will be key for Dallas playmaker Sebastian Lletget, while midfielders Paxton Pomykal and Brandon Servania will clash with Minnesota United playmaker Emanuel Reynoso.

The attention from Minnesota United’s perspective goes to Reynoso, who seems more capable than any other player in the league to turn it on come playoff time. Reynoso has a little more support this season, with Franco Fragapane and Luis Amarilla melding into Adrian Heath’s plans perfectly. The Loons disappointed late in the regular season, and it lies on that group to turn things around to start the playoffs.