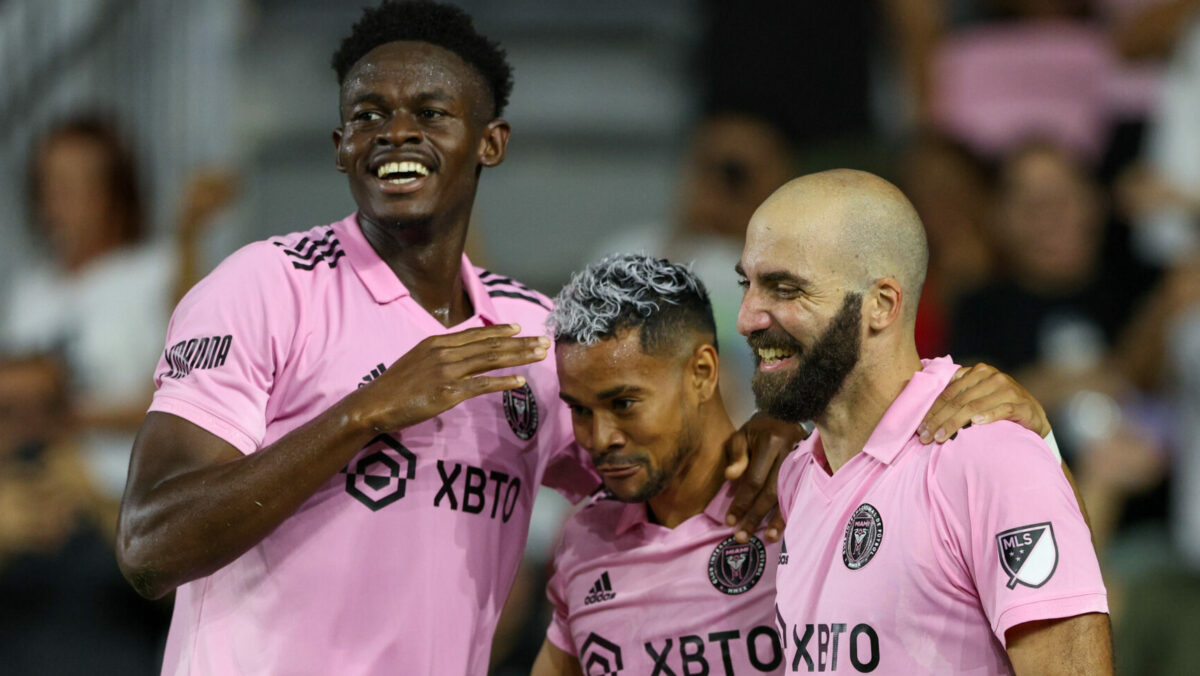 Inter Miami’s winning streak at the tail end of the MLS regular season continued on Wednesday with Phil Neville’s squad officially clinching their spot in the upcoming MLS Cup Playoffs.

Gonzalo Higuain scored twice while Leonardo Campana and Ariel Lassiter both scored as Inter Miami rolled past in-state rivals Orlando City 4-1 at DRV PNK Stadium. It was the Herons’ fourth-straight victory, which made them the fifth Eastern Conference club to clinch a playoff berth this season.

Campana needed only one minute to break the deadlock, chipping Orlando City goalkeeper Pedro Gallese from long-range and setting the tone early for Inter Miami.

Inter Miami kept its foot on the gas as Higuain scored his first goal of the night, capping off an impressive fast break by the Herons and slotting home a pass from Lassiter. It was Higuain’s 16th league goal of the season and his seventh over the past five matches.

Higuain doubled his tally on the night by extending Inter Miami’s lead to 3-0 in the 52nd minute. Orlando City fullback Ruan was whistled for a handball in the box, allowing the Argentine to step up and score from the penalty spot.

Lassiter added Inter Miami’s fourth and final goal of the night, drilling a low shot into the bottom-right corner of Gallese’s net. Bryce Duke set up the Costa Rican international for his fourth goal of the season.

Ercan Kara pulled a consolation goal back for Orlando City, but ultimately it was the Herons who had the last laugh at bumping their rivals into eighth place.

Orlando City faces the Columbus Crew at home on Decision Day, needing a victory to have any chance of making the playoffs.

FC Charlotte’s impressive run to make the playoffs in its expansion season fell just short on Wednesday with Christian Lattanzio’s squad tying the Columbus Crew 2-2 at Bank of America Stadium.

Andre Shinyashiki’s 94th minute equalizer helped FC Charlotte earn one point on the night, but ultimately the result eliminated the 2022 expansion side from the playoff race. The Crew’s latest draw kept them in seventh place and in need of a win or a tie against Orlando City on Sunday to clinch a top-seven finish.

Lucas Zelarayan propelled the Crew in front in the 36th minute, catching Charlotte FC goalkeeper Kristijan Kahlina off his line and beating him with a 40+-yard chip. It was Zelarayan’s 10th goal of the season and an important one on the road.

Luis Diaz doubled the Crew’s lead in the 54th minute, giving Caleb Porter’s side a two-goal advantage with 30+ minutes to go. However, Charlotte FC didn’t need long to start its comeback attempt.

Daniel Rios cut the deficit in half by making it 2-1 in the 58th minute, netting his fifth goal in his past two appearances. Andre Shinyashiki’s close-range header tied things up for Charlotte FC in stoppage time and gave the home players and fans something to dream about.

Karol Swiderski had the final attempt of the match, missing a header in the 96th minute, ending Charlotte FC’s playoff hopes. The Crew sit one point in front of Orlando City heading into Sunday’s trip to Exploria Stadium while Charlotte FC can reach 45 points with a victory over the New York Red Bulls.