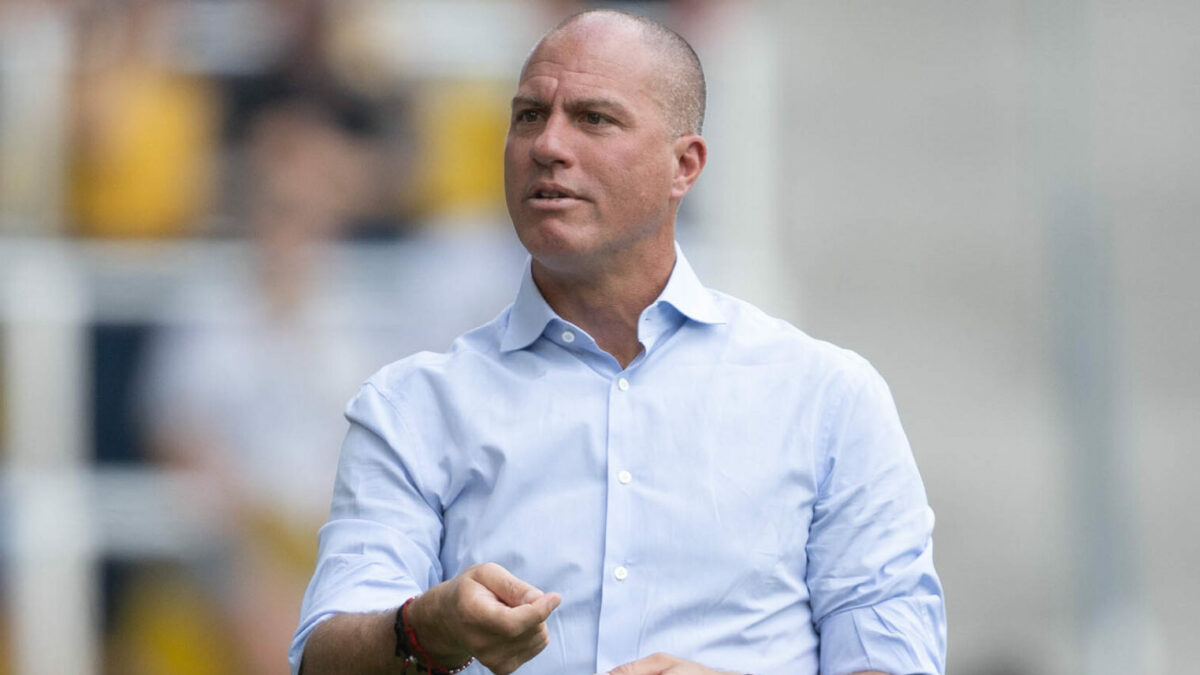 Giovanni Savarese will be heading nowhere as the Portland Timbers aim to get back among MLS’ elite clubs in 2023.

Savarese signed a new multi-year contract with the Timbers on Wednesday, keeping him in Portland through the 2025 MLS season, the club announced. Savarese’s contract also includes a club option for 2026 as he now heads into his sixth season in charge of the Timbers.

“This is something that has been in the works since the MLS Cup last season, and for me, what felt right was to stay in Portland,” said Savarese. “I love the passion and the energy that our fans bring, and I believe in Portland as a soccer city. I’m honored to lead this team and plan to continue to help the team be competitive and build something bigger so we can make the fans very proud.”

Savarese joined the Timbers in 2018 and has led Portland to two MLS Cup appearances (2018, 2021) and two Western Conference Championships in five seasons. He also helped the Timbers claim the 2020 MLS is Back Tournament title and is on path to become the longest-tenured head coach in club history.

The Venezuelan native has posted a 83-45-59 record during his time with the Timbers.

Lattanzio’s new contract will run through the 2024 season, and includes an option for 2025. A former assistant coach with New York City FC and Ligue 1 side Nice, Lattanzio took over for Miguel Angel Ramirez in May, posted a 8-2-10 record as head coach.

“I’ve said many times that Charlotte FC is a special place, not only in Major League Soccer, but around the world of football. I’m excited to sign an extension here in Charlotte as we continue to build our culture and identity,” said Lattanzio. “I’m honored to be the head coach of Charlotte FC and know everyone at this football club is aligned and prepared to move forward into 2023 as we improve on the foundation we have built together this season.”

Lattanzio almost led Charlotte FC to a playoff berth in its inaugural MLS campaign, falling just short in the final week of the regular season. Charlotte FC did become the first expansion team in the modern-era to sweep the defending MLS Cup winners, after picking up two victories over NYCFC.

“Christian did an excellent job navigating a challenging time for our Club through the second half of the season and we’re delighted to keep him at Charlotte FC,” said Sporting Director Zoran Krneta. “Having consistency from one season to the next is a proven model of success in Major League Soccer, and this extension, along with the options we exercised earlier this month, ensures the core of the team stays intact. Inking Christian to a long-term deal was paramount in our offseason plan to continue building a sustainable football club that is ready to take the next step in 2023 and beyond.”

The 29-year-old will occupy an international roster spot, after signing with SKC through the 2025 MLS season. A Serbia native, Radoja has surpassed over 300 matches in Serbia and Spain, logging 181 of those appearances in La Liga with Celta Vigo and Levante

Radoja began his career in Serbia, featuring for CSK, Cement, and Vojvodina. He has earned two caps for the Serbian national team to date.

Sporting KC struggled for majority of the 2022 MLS season, finishing 12th in the 14-team Western Conference.

Injuries have plagued the recent days of Perry Kitchen’s career and the 30-year-old officially hung up his playing boots on Wednesday.

Kitchen announced his retirement via social media on Wednesday, citing an August 2021 back injury that resulted in nerve damage in his right leg. The veteran midfielder made only five appearances for the Columbus Crew in 2021 due to his injury.

A former No. 3 overall selection by D.C. United in the 2011 MLS Draft, Kitchen totaled 158 appearances and scored 10 goals for the Eastern Conference club. Following spells in Scotland and Denmark, Kitchen returned to MLS with the L.A. Galaxy in 2018, registering 65 appearances for the club.

He earned five caps for the U.S. men’s national team during his 11-year professional career.