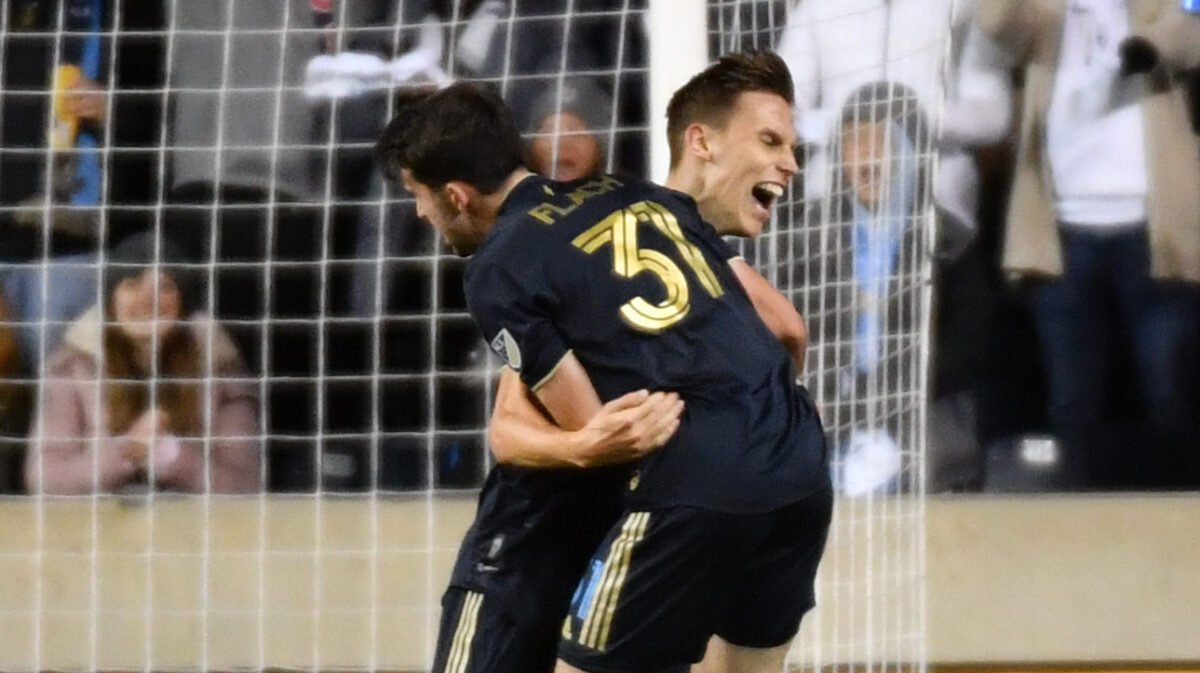 The Philadelphia Union possessed one of the league’s highest-scoring attacking units in 2022, but it a player who didn’t have a goal all season who delivered the winning strike in Thursday’s MLS Cup Eastern Conference semifinal victory over FC Cincinnati.

Leon Flach delivered the winner for Jim Curtin’s squad in a 1-0 win over FC Cincinnati at Subaru Park. MLS Goalkeeper of the Year winner Andre Blake made five saves for the No. 1 seeded hosts as the Union advanced to October 30th’s Eastern Conference Final.

Both Blake and Roman Celentano were up to the task in the first half, making key saves to keep the Union and FC Cincy scoreless through 45 minutes. Brandon Vazquez’s effort in the 20th minute was saved by Blake before Jack Elliott cleared the rebound attempt.

Julian Carranza forced Celentano into a strong save after edging Matt Miazga to possession just outside of the FC Cincy box.

Blake continued to excel for the Union, denying midfielder Junior Moreno’s shot in the 50th minute. The Jamaican international dove to his left to punch away Moreno’s curling effort which looked set to nestle into the top-right corner.

The Union broke the deadlock in the 58th minute as Mikael Uhre’s hold-up play and pass, set up Flach for a top-shelf finish past Celentano. It was Flach’s first-career playoff goal and his second overall for the club in two seasons.

Blake kept the Union in front with two additional saves in the final minutes, posting his 16th clean sheet of 2022. His kick save on Vazquez’s shot in the 83rd minute helped bail out Elliott’s error after the in-form forward raced past the veteran defender.

FC Cincinnati could not muster an equalizing goal, suffering a second-round exit in its first visit to the playoffs. Despite Celentano’s five-save performance, Pat Noonan’s squad suffered elimination, ending an impressive bounce-back campaign.

The Union remain unbeaten at Subaru Park in 2022 and will host either CF Montreal or New York City FC in the Eastern Conference Finals later this month.