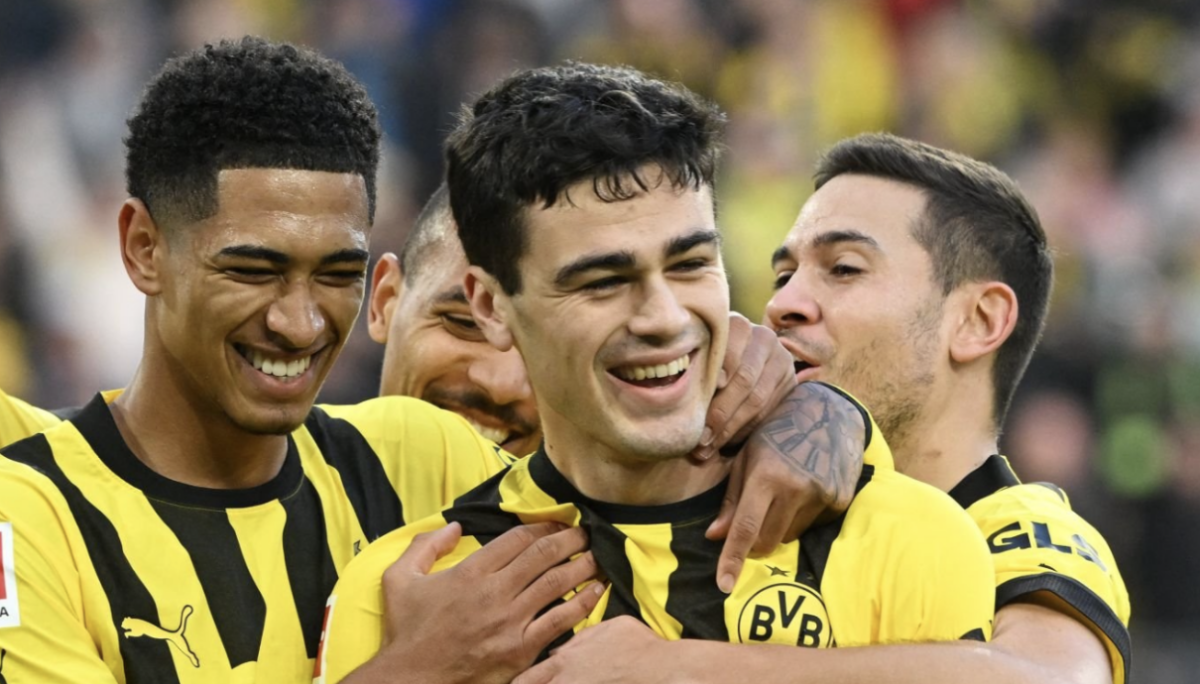 Borussia Dortmund extended its unbeaten run to six matches on Saturday with Gio Reyna celebrating his second goal of the Bundesliga season.

Reyna scored from the penalty spot in the first-half of Dortmund’s 3-0 home victory over Bochum, giving him two goals in his last five appearances. The 19-year-old started for Edin Terzic’s squad and played 67 minutes in the shutout win.

Youssoufa Moukoko’s opening goal for Borussia Dortmund came in the eighth minute before Reyna double the hosts lead from the penalty spot. Donyell Malen was hauled down in the box, allowing Reyna to step up and chip home his first penalty kick goal for the club.

Moukoko scored his second goal of the match before halftime, giving Dortmund a 3-0 advantage heading into halftime.

Reyna was substituted off in the 67th minute, leaving the match with another strong performance under his belt. Reyna drew a match-high four fouls, won eight of 11 duels, and made one interception from his attacking midfield position.

Dortmund’s victory moved them to third in the Bundesliga table, one point behind second-place Union Berlin. Up next for the club is a road trip to Wolfsburg on Nov. 8 before a rivalry showdown with Borussia Moenchengladbach on Nov. 11.