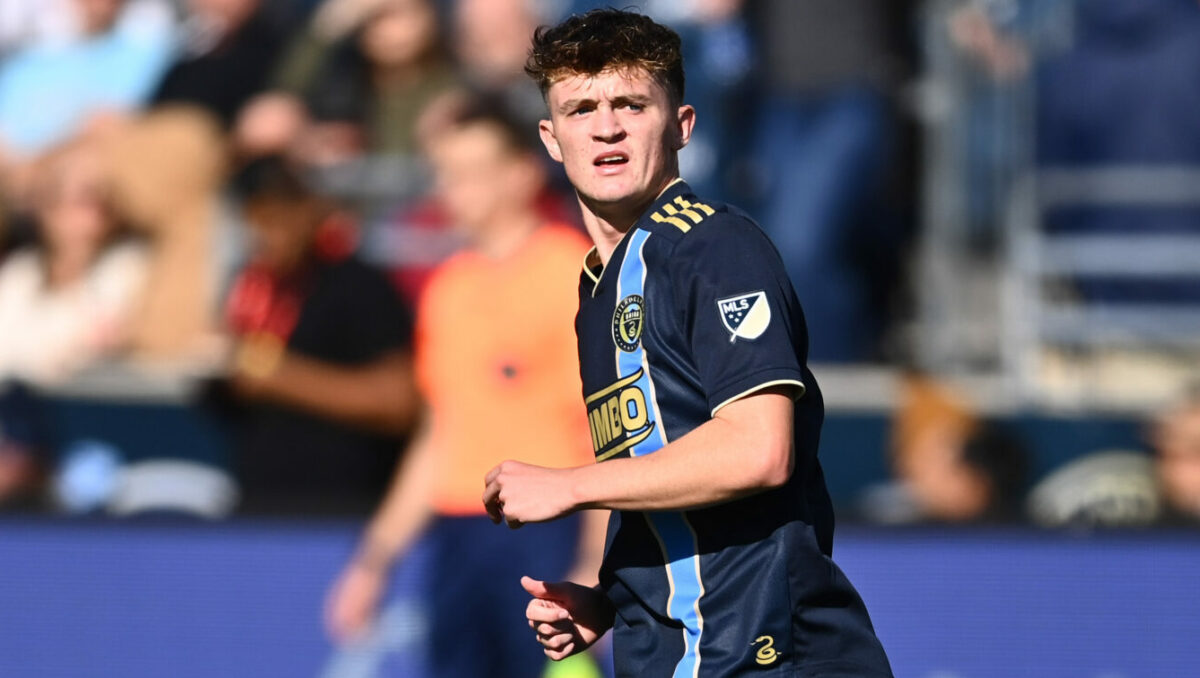 LOS ANGELES — It’s not often you see a 19-year-old have the opportunity to start in a cup final, but Jack McGlynn looks set to become the latest for the Philadelphia Union this weekend.

Alejandro Bedoya’s status remains in doubt for Saturday’s MLS Cup against Los Angeles FC, opening the door for McGlynn to start in Jim Curtin’s midfield at Banc of California Stadium. McGlynn started in Bedoya’s absence during the Union’s 1-0 semifinal round victory over FC Cincinnati before logging 45 minutes off the bench in a 3-1 comeback win over New York City FC in the Eastern Conference Final.

McGlynn has a similar opportunity to that of Columbus Crew midfielder Aidan Morris, who started the 2020 MLS Cup Final as a 19-year-old in Darlington Nagbe’s absence due to COVID-19. Regardless of his age, McGlynn is ready for the challenge of starting in the biggest match of his life.

“I am focused on the game at hand, trying not to get too caught up into it,” McGlynn told reporters Friday. “It’s been a great journey for me this season, being able to help the team get to this point and now we have one final opportunity to bring a trophy home. I was glad to play more minutes in 2022 and feel that has only helped me take my game to a new level.”

“Jack McGlynn is somebody who I believe in a lot with his talent,” Bedoya said about McGlynn during Thursday’s press conference with reporters. “I think we can all agree that he’s got one of the best young left foots in the game. He’s got great vision. The game has slowed down a bit for him now, as well, so even last game you saw when he was able to have time and space and lift his head up and pick a pass out, that leads to a goal-scoring chance. I think his talent, he has a bright future, that’s all I can say.”

McGlynn has made 25 combined league appearances for the Union this season, scoring one goal and adding three assists on the right side of Curtin’s 4-4-2 diamond formation. While majority of his appearances have been off the bench, McGlynn’s work rate and passing ability have been key for the Union in locking down results and earning this weekend’s opportunity in MLS Cup.

In addition to McGlynn enjoying an increased workload with the Union, he also helped the U.S. Under-20 men’s national team win the Concacaf U-20 Championship this summer, clinching a berth into the 2023 FIFA U-20 World Cup. Early international exposure has only added elements to McGlynn’s game in helping him become a promising two-way midfielder for the future.

“Jack is somebody who, the moment he stepped on the field with us, you already knew that he was something special,” Bedoya added. “He continues to work hard, get better and better every day. I think what he may lack defensively perhaps, the tactical part of the game, I think he makes up for it being able to pick passes like he did last game. He’s playing with no fear, and you’ve got to love that.”

“Ale has been a huge role model for me both on and off the field and it’s been great to work with him for my time here,” McGlynn said about Bedoya’s impact on his career. “He is just a great person to have in the locker room to work with the young guys and I hope I can continue to work with him down the road.”

Whether Bedoya or McGlynn gets the nod remains undecided, but either way the Union will be confident ahead of their second head-to-head meeting with LAFC this season. The Union have only lost one of their four all-time meetings with the California-based club, pushing LAFC in the Supporters’ Shield race until the final week of the regular season.

McGlynn doesn’t bring the veteran experience that Bedoya does, but has the constant support from Curtin in filling in for the 35-year-old.

“There’s no such thing as too young or too told, I think Jack is a really talented player and if we do go with him at the start, then we have full confidence in him,” Curtin said in a press conference with reporters Friday. “He has the ability to play the final pass, he scored a penalty kick in a big playoff game before, and has played in big pressure games. I don’t worry about his confidence.”