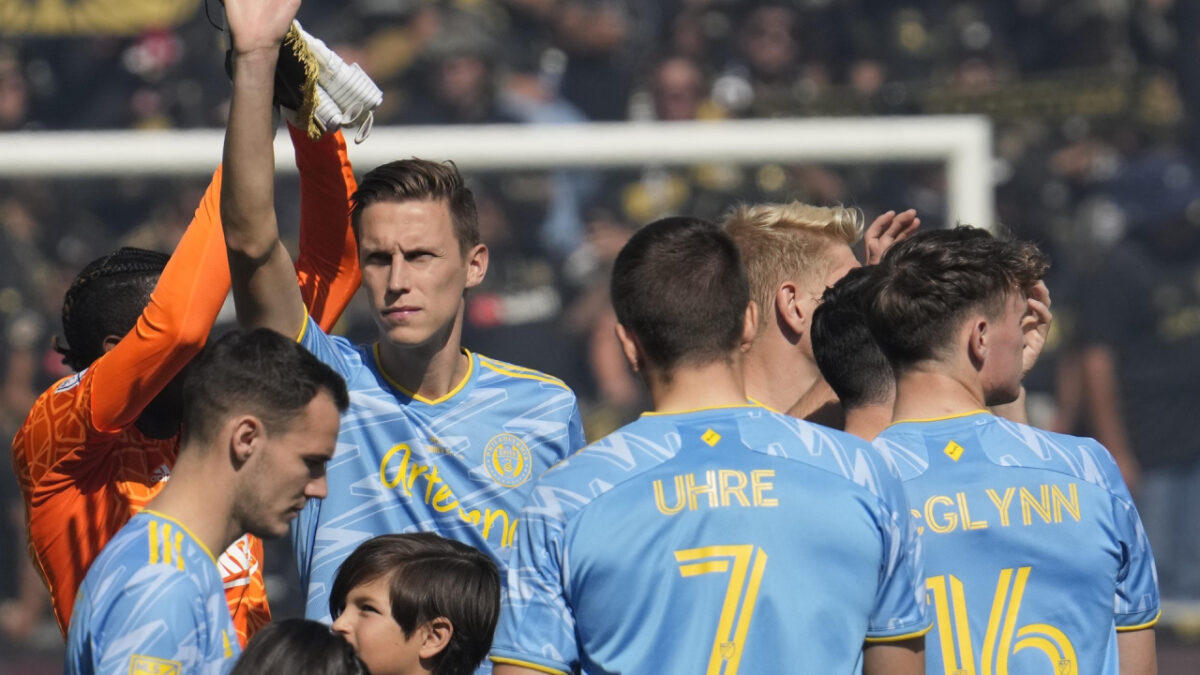 LOS ANGELES — The Philadelphia Union were mere minutes away from walking out of Banc of California with not only their first head-to-head victory against Los Angeles FC, but with a first-ever MLS Cup by their side. Instead, an equalizing goal from Gareth Bale and a two-save substitute performance from John McCarthy in a penalty shootout erased the storybook ending for the Eastern Conference champions, spiraling them down into despair.

Jim Curtin, his coaches, players, and front office staff watched as LAFC celebrated on their home soil, continuing the Union’s lengthy wait to lift MLS’ biggest trophy. The Union received a two-goal performance from veteran centerback Jack Elliott, several key saves from Goalkeeper of the Year winner Andre Blake, and a never-say-die attitude from all 15 players that featured in the match, but it still wasn’t enough.

Although the current moments are painful for the Union, the goal of returning to MLS Cup remains high on their agenda for 2023. However, the reality of keeping a lot of their key players for the long-term remains a major question mark, especially with many delivering impressive individual campaigns.

“I think the most important thing is to keep this group together,” Curtin said to media postmatch. “That won’t be easy because, when you have success, people want a little bit more, and they are deserving of a little bit more because we have a great team and great players.”

“I hope that we are able to keep this group together again,” he added. “Maybe sprinkle in a piece or two that can provide some more depth and cover. But overall, you guys can tell, we are close. We are close, and we can win an MLS Cup. But just today wasn’t meant to be. I hope this group stays together for many years. I think we can make another run at this thing. But right now, it hurts, and we’ll have to regroup and handle the off-season.”

“The result hurts right now, but we have a great group of guys that will be ready to go when the new season starts,” midfielder Leon Flach told SBI. “We had chances to win today and we didn’t take them. It’s part of the game. Now we have to learn from this and be ready to make those opportunities count next season.”

Still, the soccer gods were not on the Union’s side as Gazdag’s skied penalty kick attempt paired with Jose Martinez and Kai Wagner’s misses, condemned the Union to a fourth finals loss (MLS, U.S. Open Cup) in club history.

“I think that you can have a great season, but the season only ends perfect for one team of the 28,” Curtin added. “That’s LAFC this season. So again, we think back to that last 3-3 game [in 2020]. This one is an incredible game. I think I’ve only said I’ve been proud of a group in a loss maybe two or three times in my career as a coach, and you know, I’m still very proud of the team.”

“It’s definitely heartbreaking for sure,” McGlynn said postmatch. “Overall we can be proud though with our effort and our season. We did a lot of good things this year and now it’s about taking that into next season because we will definitely be going to end the year as the ones celebrating with the cup.”

The future remains unknown for the Union, not only due to the arrival of St. Louis CITY SC to MLS in 2023, but the opening of the European transfer window in January. Kai Wagner, Jose Martinez, Quinn Sullivan and Jack McGlynn have all been linked with clubs over the past few months, and could be ready for the next challenge of their careers.

A return to the Concacaf Champions League in 2023 will also kick off the Union’s schedule earlier than normal, which could mean added reinforcements this winter. If Ernst Tanner, Curtin, and the scouting department can replicate their past successes involving transfers, the Union should be in fine shape to make a new run at MLS Cup, but nothing is guaranteed in the ever-changing fight for league supremacy.

“We had a bad loss today but it’s not about who gets transferred,” left back Kai Wagner said. “Everybody knows that we have special players in this group. We have a lot of players who will probably go to Europe next year, so happy about the guys who can do it. But in the moment, it’s just frustration and trying to find a little bit of the positive.