Who will, and who should the USMNT start vs. Wales? 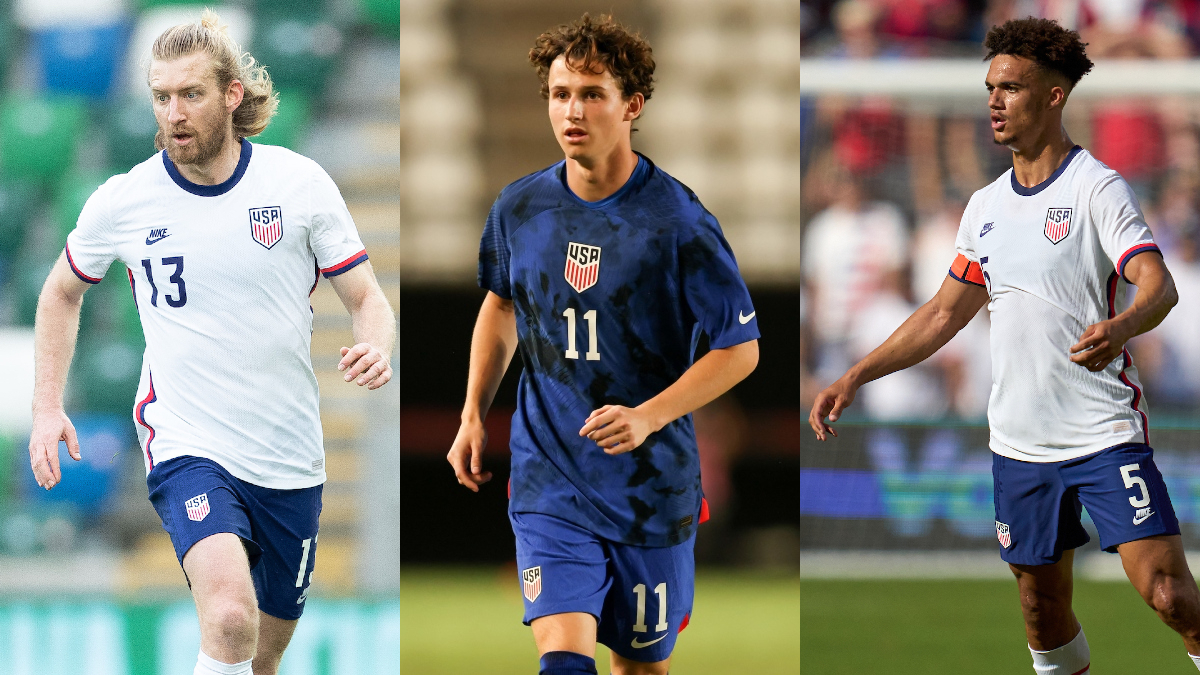 DOHA, Qatar — The U.S. men’s national team kicks off its World Cup on Monday against Wales and Gregg Berhalter’s options for a starting lineup are plentiful, making his decisions far from easy.

There are key players coming back from injuries and not fully fit, like Weston McKennie and Sergiño Dest. There are possible starters who have been out of action for several weeks due to their MLS seasons ending a month ago, like Jesus Ferreira and Walker Zimmerman.

The good news for Berhalter is that he has options at every position to step in for those who may not be fully fit, but he must also strike a balance between deploying a lineup that is as match-fit as possible and starting a group that has some experience playing together.

Here is a look at the starting lineup we could see Berhalter deploy, and the squad he should consider playing against the Welsh on Monday:

Matt Turner is the favorite to start, and enters the tournament healthy and ready to go. Ethan Horvath has been playing more regularly for his club team in recent months, but Turner is the first-choice option with more USMNT experience.

The Dest-Zimmerman-Aaron Long-Robinson tandem has played the most matches together of any possible group, but the inconvenient truth about this grouping is that only Robinson has played many minutes over the past month and trotting out a back four with that little action in recent weeks could be a recipe for disaster.

It is with that in mind that Ream is listed in the ‘Who Should Start’ section even though he and Zimmerman haven’t played together very much. Ream’s club form at Fulham, and his national team experience, make him a perfect option at left centerback. He is the only truly left-footed central defender on the roster.

In terms of fullback, Dest hasn’t played many minutes for AC Milan, though he did return to action in an impressive second-half cameo last weekend. Is that enough to merit plugging him into the lineup against a Welsh side with some dangerous wing options?

Joe Scally doesn’t have much national team experience, but he has become a consistent starter in the German Bundesliga for Borussia Moenchengladbach, and is the most match-fit of the four right-back options on the roster. Shaq Moore and DeAndre Yedlin have both gone a month since their last official match.

The M-M-A central midfield trio has morphed into Berhalter’s first-choice triangle, but McKennie’s recent injury has kept him out of action for the past three weeks.

That should open the door for an in-form and fully fit Brenden Aaronson, who has been playing far too well for Leeds to not find his way into the starting lineup. That doesn’t mean McKennie couldn’t be worked into the opening match and then earning a start against England, but for right now it feels like it would be a gamble to go with McKennie over Aaronson given their current situations.

Ferreira has been Berhalter’s go-to striker for several months, but Ferreira hasn’t played a competitive match in three weeks while Sargent enters the World Cup match fit and fresh off scoring a goal in his final club match before the World Cup. Berhalter loves Ferreira’s work ethic, his ability to press, and combine, and he could decide that Sargent is a better option to start against England, where he is better-equipped to handle the physicality of the English defense.

Pulisic is locked in as the starter on the left wing, while the right wing is a bit trickier. Gio Reyna has been eased along by Borussia Dortmund, and while he has managed to play in 10 matches in the past five weeks, only one of those appearances was longer than 66 minutes.

Tim Weah recently returned from an injury of his own, but his two straight 90-minute shifts for Lille should ease any concerns about his fitness. Starting Weah, then deploying Reyna as a second-half substitute against Wales makes the most sense, especially with an eye toward starting Reyna against England in the USMNT’s second group match.

What do you think of the projected USMNT Starting XI vs. Wales? Would you rather see the SBI Preferred XI?