World Cup Semifinal Preview: Messi and Modric square off for chance to solidify their legacies 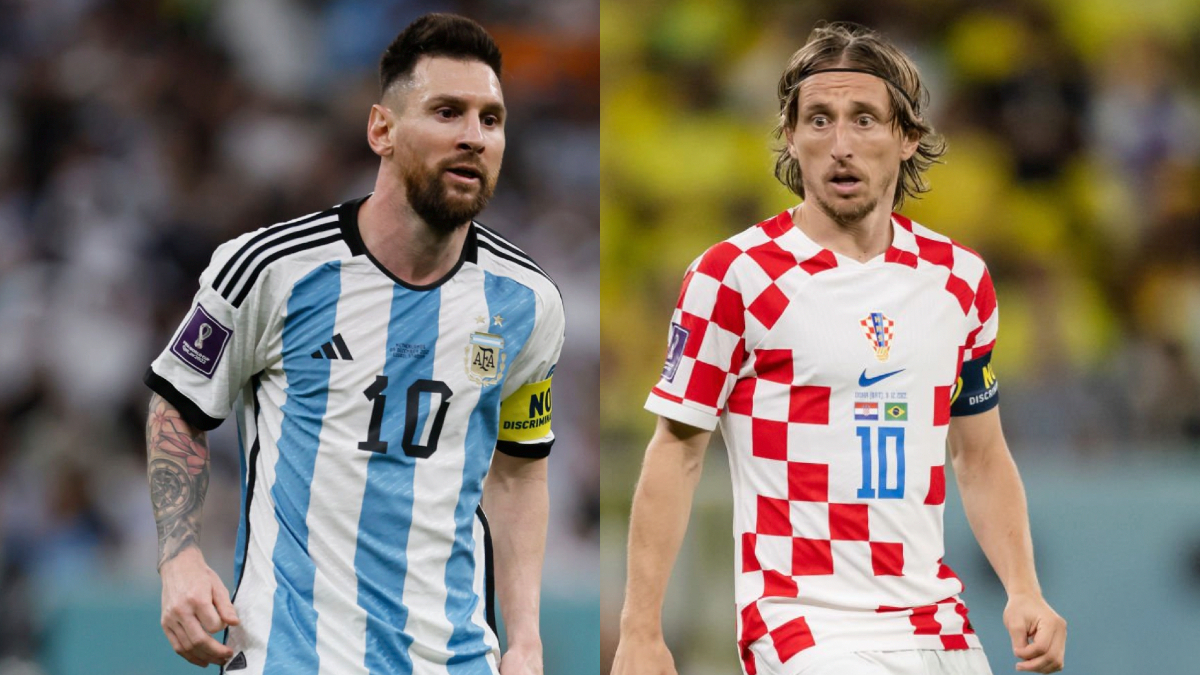 DOHA, Qatar — More than 16 years ago Lionel Messi and Luka Modric squared off in an international friendly that few then could have known would be a very early showcase of two of the sports modern legends.

It was March of 2006 in Basel, Swizterland and an 18-year-old Lionel Messi scored his first international goal for Argentina while a 20-year-old Modric made his international debut for Croatia in an eventual 3-2 win for the Croats. Two promising sensations providing early glimpses of the greatness to come.

Sixteen years later, Messi and Modric will meet again. Two men, now with resumes filled with Champions League titles, La Liga titles and a combined eight Ballon d’Or trophies (seven of which are Messi’s) and one of them will move a step closer to their ultimate goal of a World Cup title when they meet at Lusail Stadium on Tuesday.

Argentina’s run has turned into the quest to deliver a World Cup for Messi, who has confirmed this will be his final run in the competition. Croatia has similar aspirations of delivering a World Cup in what will be Modric’s final World Cup.

Both teams enter off the emotional roller-coaster rides of quarterfinal penalty shootout victories, both Modric and Messi converting the penalties while goalkeepers Emiliano Martinez and Dominik Livakovic delivered the penalty-saving heroics in the shootout to secure dramatic victories.

The South Americans enter as the favorites, even though it is Croatia that stands one win away from a second straight World Cup final, having vanquished tournament favorite Brazil in the quarterfinals. It is also Croatia that dominated Argentina by a 3-0 scoreline in their group-stage meeting in 2018.

Much has changed in the four years since then, with Argentina building a much stronger and more well-balanced team around Messi in recent years. The current group has already collected a Copa America title, and rebounded well from a World Cup-opening loss to Saudi Arabia to put together an impressive run to the semifinals.

Messi has been the catalyst, delivering the opening assist and penalty kick goal against the Netherlands before a late defensive collapse forced the match to go to penalties. There, Emiliano Martinez worked his magic, saving a pair of Dutch penalties to set the ball rolling on an Argentina victory in what had been a contentions quarterfinal.

Croatia’s quarterfinal win also saw late drama, with a Neymar goal in extra time giving Brazil the 1-0 lead, and had them just three minutes from victory before Bruno Petkovic’s late equalizer saved the Croatians and forced a penalty shootout. Just as they did against Japan in the Round of 16, the Croatians made all of their penalties, converting four while Brazil missed two to secure a shock exit from the tournament.

Now Croatia heads into Tuesday with the added confidence of having eliminated one South American giant, but beating Argentina and a red-hot Messi will be a difficult proposition, but one within reach for the 2018 finalists.