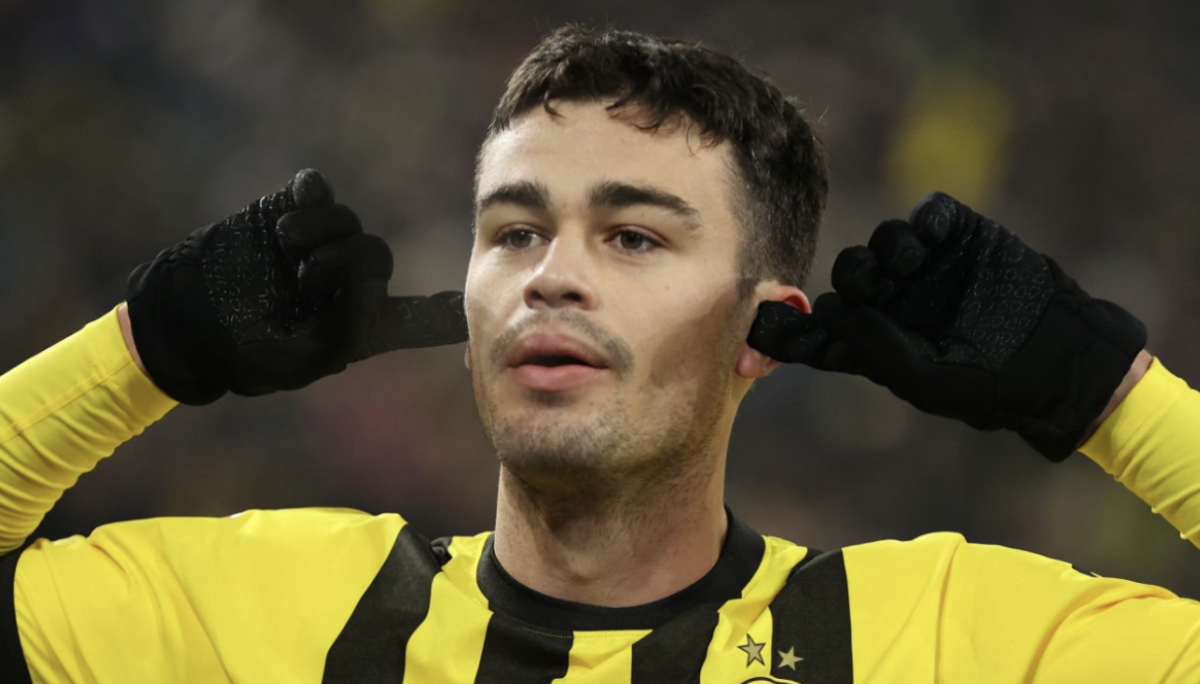 Gio Reyna would’ve hoped for an early spark with Borussia Dortmund in 2023 and after being called on as a second-half substitute vs. FC Augsburg, the 20-year-old walked away as the hero for Edin Terzic’s squad.

Reyna came on in the 70th minute for Borussia Dortmund and needed only eight minutes to deliver the eventual winner in a 4-3 victory at Signal Iduna Park. It was Reyna’s third Bundesliga goal of the season and his first since Nov. 5.

The back-and-forth affair between Dortmund and Augsburg featured seven goals, with the visitors hitting back on three different occasions. Jude Bellingham, Nico Schlotterbeck, and Jamie Bynoe-Gittens scored for the hosts while Arne Maier, Ermedin Demirovic, and David Colina cancelled the lead for Dortmund three times.

Reyna entered the match midway through the second half and called his own number with a magical strike in the 78th minute. The attacking midfielder let a pass bounce before volleying a right-footed shot into the top-left corner of Rafal Gikiewicz’s net.

Reyna finished the match with two duels won, three total shots, and two passes in the final third. His goal was a major confidence boost for the U.S. men’s national team attacker who will be seeking to get back to a key role for Borussia Dortmund.

Borussia Dortmund jumped into sixth place in the Bundesliga standings and will next travel to Mainz on Wednesday.