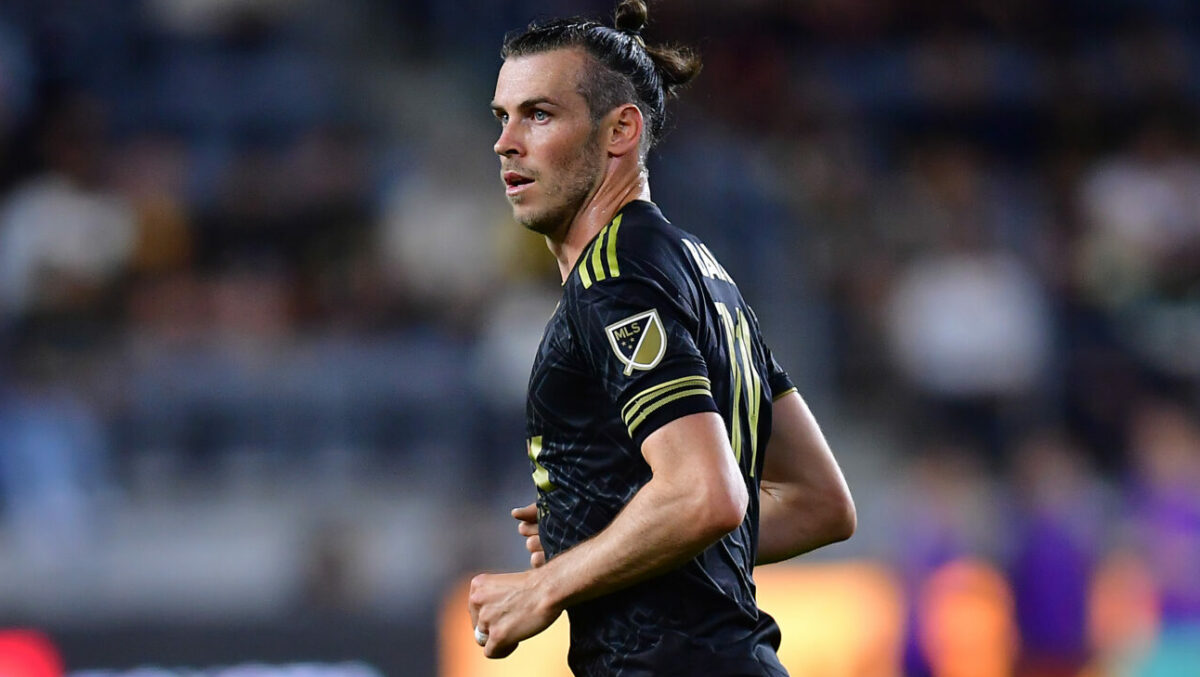 Gareth Bale’s first MLS campaign proved to be his last as the Welsh international announced his retirement on Monday.

Bale’s 18-year playing career comes to an end after the superstar winger leaves MLS as a defending league champion. The former Tottenham and Real Madrid star joined LAFC in June from Los Blancos and went on to score the equalizing goal for Steve Cherundolo’s squad in a thrilling MLS Cup Final shootout victory over the Philadelphia Union.

Bale’s MLS career concludes with three goals in 13 LAFC appearances, while also lifting the Supporters’ Shield to go along with his MLS Cup triumph. A five-time UEFA Champions League winner, Bale lifted 21 trophies since 2013 and also will go down as one of the best Welsh internationals of all-time.

“We want to thank Gareth for everything he brought to our Club,” LAFC Co-President & General Manager John Thorrington said. “He arrived here with a goal to win championships in L.A., and, like he has done everywhere else in his career – he succeeded. It was an honor to have one of the most talented, dynamic and exciting players of his generation finish his career with a title for LAFC, and we wish Gareth, his wife Emma, and their family nothing but the best in their future endeavors.”

LAFC’s attack will continue to be led by Cristian Arango and Carlos Vela heading into the 2023 MLS season.

Matt Miazga made an immediate impact with FC Cincinnati last season, but his status for the opening weekend of the 2023 MLS campaign is undetermined.

Miazga will miss the start of FC Cincy’s preseason camp after undergoing successful surgery to repair an entrapped nerve in his hip, the club announced Monday. There is no timetable for Miazga’s return to Pat Noonan’s squad, leaving Nick Hagglund, Ian Murphy, and Joey Akpunonu as the leading center backs on the roster.

The 27-year-old returned to MLS in August, joining FC Cincy on a free transfer from Chelsea. Miazga made 12 total appearances for the club, scoring two goals, and adding one assist. He also helped FC Cincy clinch a first-ever MLS Playoffs berth, reaching the conference semifinals.

Miazga’s contract with FC Cincy runs through the 2025 MLS season and also includes an option for 2026. FC Cincy opens its 2023 league schedule on Feb. 25 against the Houston Dynamo.

The Houston Dynamo bid farewell to veteran midfielder Matias Vera after loaning the Argentinian to native club Argentinos Juniors through 2023.

He becomes the latest Dynamo midfielder to depart the club, leaving Hector Herrera, Adalberto Carrasquilla, and Artur as leading options to start in Ben Olsen’s squad. Olsen recently joined the team this offseason and will try and lead the Dynamo to a first playoff berth since 2017.

The Dynamo visits FC Cincinnati for their season opener on Feb. 25.

“It became apparent from our first conversation that Eldin will be a great asset to what is already a strong group of goalkeepers at LAFC.” said Co-president and GM John Thorrington. “He is a goalkeeper with vast experience and tremendous leadership qualities, and we are excited to have him, his wife, and family as part of the club. I would also like to thank his representative Haydn Dodge for his help throughout.”

Jakupovic won the FA Cup with Leicester City in 2021, but mainly has served as a back-up goalkeeper over the past few seasons. A former dual-national with Bosnia-Herzegovina and Switzerland, Jakupovic also played in Greece, Russia, and Switzerland at club level.

Michael Baldisimo has a new opportunity in the Western Conference after signing a one-year contract with the San Jose Earthquakes on Monday.

“We were excited about the opportunity to select Michael during the Re-Entry Draft,” Earthquakes general manager Chris Leitch said. “He’s a 22-year-old with nearly 50 MLS appearances under his belt. We believe he can be a contributor in 2023.”

Baldisimo scored one goal and added three assists in 47 league appearances for the Whitecaps. He was part of the Whitecaps’ 2022 squad that won the Canadian Championship last season.

The Quakes open their 2023 league schedule on Feb. 25 at Atlanta United.