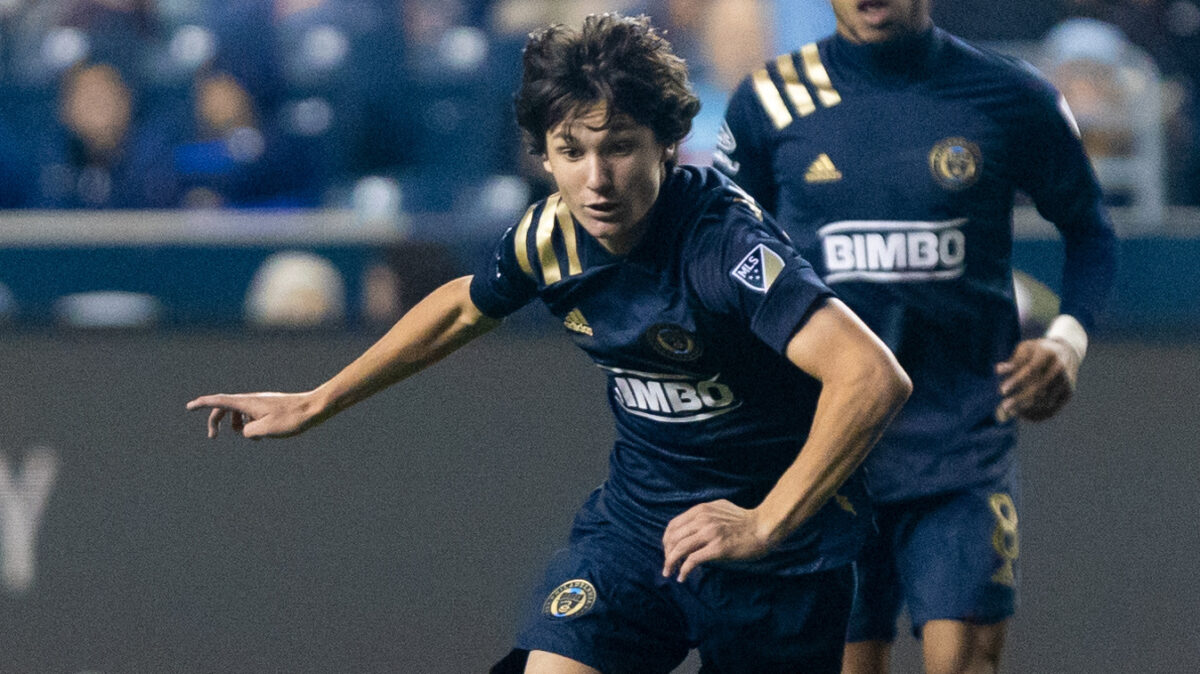 Paxten Aaronson became the latest American player to make his move to Europe at the tail-end of 2022 and although the young midfielder will be eager to make an impact early at Eintracht Frankfurt, club manager Oliver Glasner is hoping Aaronson has a calm start in Germany.

Aaronson, the former Philadelphia Union homegrown, officially joined the club in January following the end of the calendar year. The 19-year-old became the latest former MLS homegrown to test himself in the German Bundesliga, making the jump after just two league seasons in the United States.

Although Aaronson mainly served as a substitute for Jim Curtin’s squad in 2022, his long-term potential remains high, as he aims to follow in the footsteps of his brother Brenden. Glasner will have Aaronson to call on as Eintracht Frankfurt resumes its league campaign on Saturday vs. Schalke, and has been impressed with what he’s seen so far in training.

“It’s the first time that he has come to Europe,” Glasner said in an interview with Bundesliga.com. “He wasn’t the biggest name in Major League Soccer. They have incredible talent, but [Paxten] was not a player in the starting line-up for Philadelphia. I can see now, as I have generally come to see in Americans, that he is an open guy, he has self-confidence, good attributes, fast legs; he’s a good boy.

“Now we want to give him time to get used to the football, to Europe, to learn our language and then we will certainly have a lot of fun with him,” Glasner added. “He should just take things calmly and get used to how everything works at Eintracht Frankfurt.”

He has already featured twice in winter friendlies against Lech Poznan and will be fighting to play an early role for the Eagles since his move abroad. Aaronson may need to wait for opportunities in the early going, but if he can produce the same impacts that he did in MLS, Eintracht Frankfurt will be excited to have him on its roster as it tries to lock down a top-four finish in Germany.