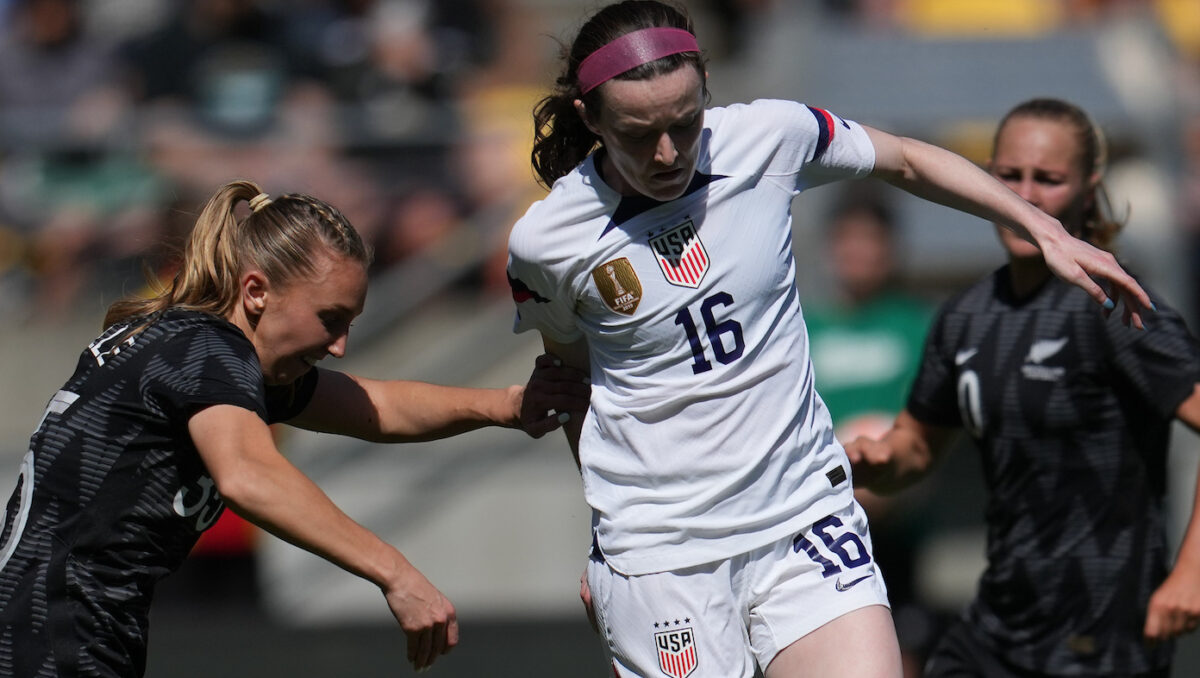 The U.S. women’s national team completed its January sweep of New Zealand on Friday with Vlatko Andonovski’s squad scoring early and never taking their foot off the gas.

Rose Lavelle led the way for the Americans with a brace while three other USWNT players celebrated goals of their own in a 5-0 victory. The result gave the USWNT back-to-back victories over the 2023 FIFA Women’s World Cup co-hosts, setting the stage for a busy calendar year.

The USWNT didn’t have to wait long to break the deadlock in Auckland, finding the opening goal in the 22nd minute. Ashley Hatch picked up a pass from Trinity Rodman in the box before unleashing a low drive into the bottom-right corner.

Lavelle extended the USWNT’s advantage to 2-0 before halftime, benefitting from Sofia Huerta’s assist and calling her own number with a shot down the middle of the net.

Mallory Swanson picked up her third goal of the series, sending a rebound shot into the top-right corner of Erin Nayler’s net. Rodman’s original effort was blocked, but Swanson delivered to make it 3-0 USWNT.

The USWNT padded its led with two final goals in the remaining 16 minutes of the match as Lavelle delivered her second strike before the Ohio native set up Taylor Kornieck from a corner kick in the 80th minute.

Nayler kept the final score from getting even more out of hand, making five saves for the Ferns. Casey Murphy stepped in for Alyssa Naeher and did not need to make a single save for the USWNT.

The USWNT will return home before hosting the 2023 SheBelieves Cup this March.