An MLS return for Arena?

An MLS return for Arena? 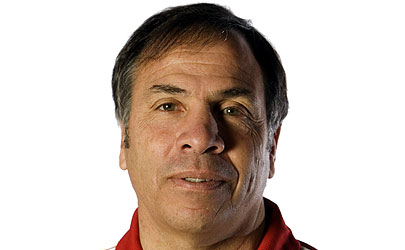 You already knew about Bruce Arena’s public interest in the Scottish National Team job. Now there are rumblings out of Chicago that the former U.S. national team and Red Bulls coach has put himself in the mix for the Chicago Fire head coaching vacancy.

While sources in Chicago could not confirm whether Arena has, in fact, been interviewed, the word in Fire land is that Arena is a candidate. SBI has confirmed Denis Hamlett, Frank Klopas, Paul Mariner, John Spencer and Mike Jeffries as candidates who have actually been interviewed by the Fire. Arena joins former Fire star Hristo Stoitchkov on the list of coaches who have been linked to the job.

So why would Arena return to MLS so soon after parting ways with the Red Bulls? Considering how has past two jobs ended, you can’t really blame Arena for wanting to jump back in and show that he is still the same coach who won titles with D.C. United and led the U.S. national team to the World Cup quarterfinals. If true, this latest development does come as a surprise considering the last I heard about Arena he was going to take it easy in 2008 and do some TV work while he spent his settlement money from the Red Bulls.

It would certainly be an interesting union. Consider the Fire, a team whose ownership is still angry over Juan Carlos Osorio’s departure. What better way to get back at the Red Bulls than to hire their old coach and have him succeed? Arena’s mixed results with the Red Bulls should be a cause for concern, but if Fire owner Andrew Hauptman has taken control of the coaching search, anything is possible.

Could Arena succeed in Chicago? He can still coach and the Fire does have some good talent, but has he learned from the mistakes he made with the Red Bulls? Has he regained the desire and motivation he seemed to lack throughout his tenure with the Red Bulls?

We will find out Chicago’s choice soon enough. Expect the Fire to have a coach in place before next weekend’s MLS Combine. I did have Denis Hamlett pegged as the favorite, but with the search developing more and more twists, it is becoming close to impossible to project what will happen next.

What do you think of the idea of Arena possibly taking over the Fire? Love it? Not buying it? Think he would outperform Juan Carlos Osorio? Share your thoughts below.