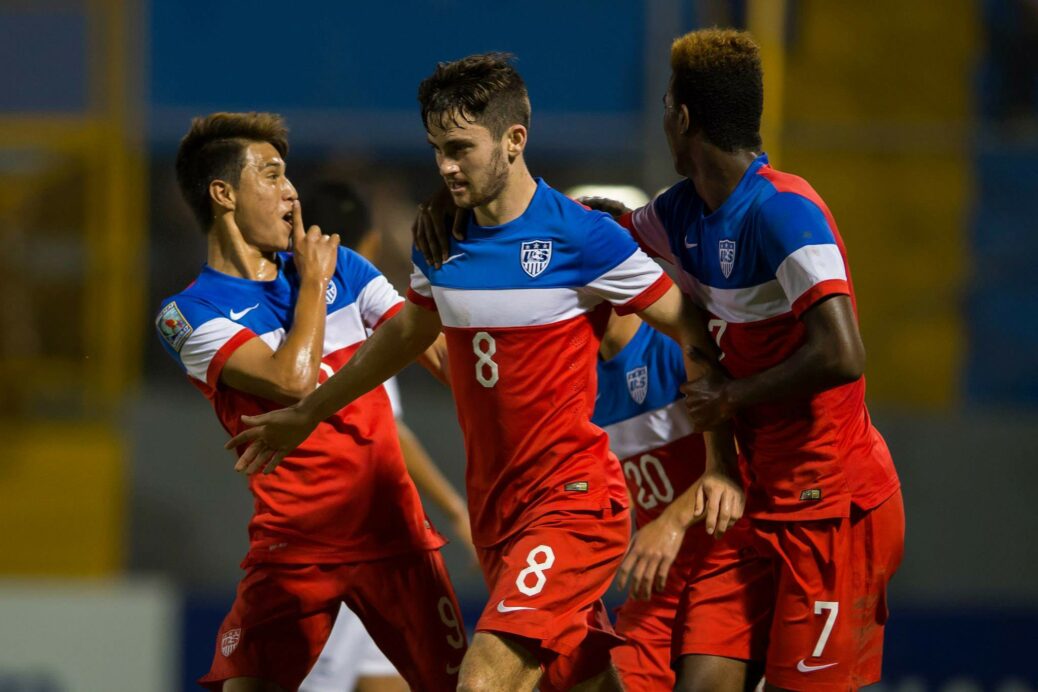 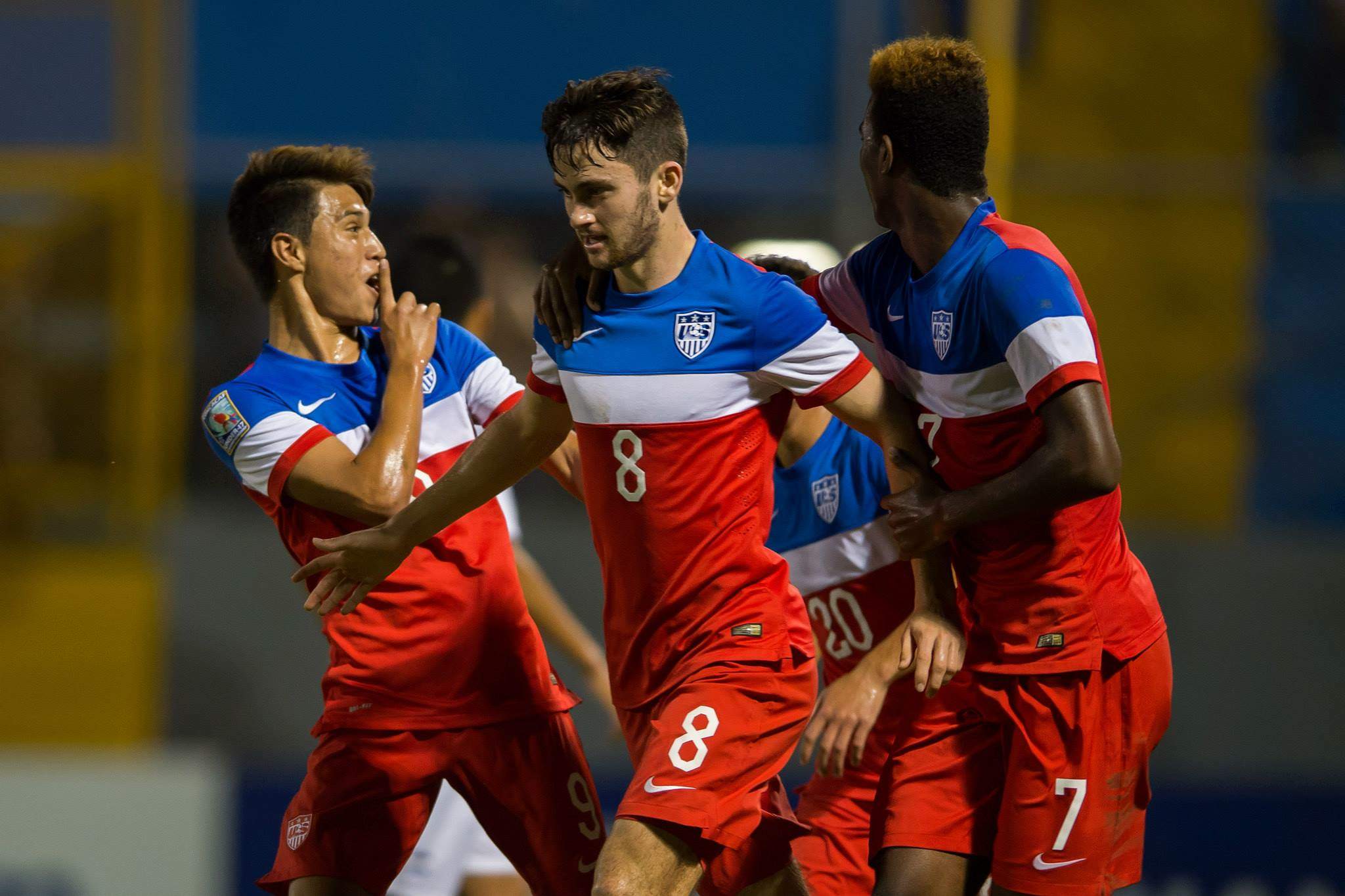 The U.S. Under-17 Men’s National Team were just three minutes away from securing a place in the 2015 FIFA Under-17 World Cup. Unfortunately for them, they’ll have to wait a few days longer for another chance to qualify.

With the U.S. U-17s ahead and defending for their lives, CONCACAF U-17 Championship host country Honduras scored a late header to tie the game, forcing the U.S. to settle for a 2-2 draw with Honduras. The draw keeps the U.S. U-17s atop Group A with 10 points, and a win on Wednesday against Jamaica will clinch the USA a place in the FIFA U-17 World Cup.

Buoyed by a big crowd at the Estadio Francisco Morazon in San Pedro Sula, Honduras, Los Catrachos were the first to get on the scoreboard.

In the 16th minute, a corner kick was partially headed clear outside of the box to the right of goal. Victor Matamoros controlled the loose ball off his chest, and in one swift motion, hit a dipping volley that evaded U.S. U-17 goalkeeper Will Pulisic for the opening goal.

But it wasn’t long before the U.S. U-17s hit back. With their strongest group of players in the lineup, minus Christian Pulisic, who was available off the bench after picking up a knock in the last match, it was a player who doesn’t normally score the goals that had the finishing touch.

U.S. forward Joe Gallardo played Josh Perez into the box down the left channel in the 23rd minute. Perez beat his defender and played a low ball across the box. It was slightly behind midfielder Luca de la Torre but he adjusted his body and re-directed the ball into the net with a back-heel flick of his left foot, tying the score.

Nine minutes later, it was Perez giving the U.S. the lead. Forward Haji Wright played a one-two in the box and centered the ball towards Perez at the penalty spot. Wright’s cross deflected off the legs of a Honduran defender but still bounced Perez’s way. Perez was the quickest to react and the left-footed player placed a right-footed finish past Honduras goalkeeper Michael Perello.

In the second half, Honduras began to press more and more, trying to get the tying goal.

After making a few saves on some shots from outside of the box, Will Pulisic was beaten in the 87th minute. A Honduras free kick was lofted into the box, and David Sanchez got his head – or possibly shoulder – on the ball and looped it over Pulisic’s head in for the game-tying goal.

There was more drama late as Brandon Vasquez, who replaced Gallardo in the 73rd minute after the latter suffered an injury, was played through on a breakaway and was pulled down outside of the box, leading to a straight red card for Erick Arias.

The U.S. though couldn’t take advantage of the man advantage with only about three minutes of stoppage time on the clock, instead settling for a draw and a chance to qualify for the World Cup on Wednesday.

Here’s a look at the USA’s lineup:

What do you think of this result? Disappointed the U.S. didn’t hold onto the lead? Think the result is fair? Which players stood out to you?