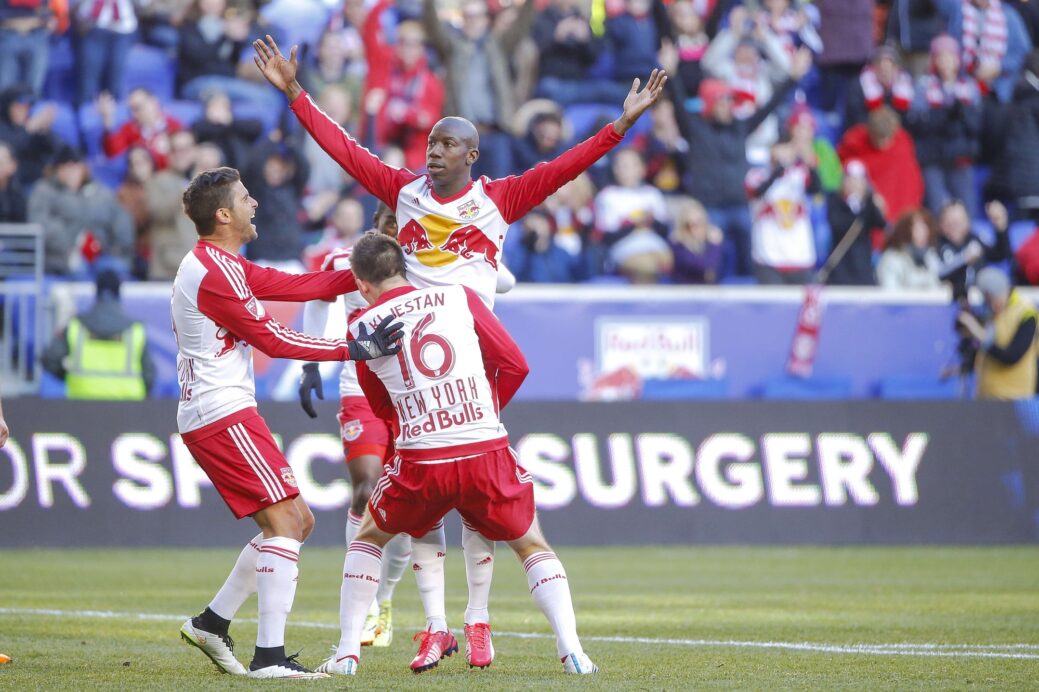 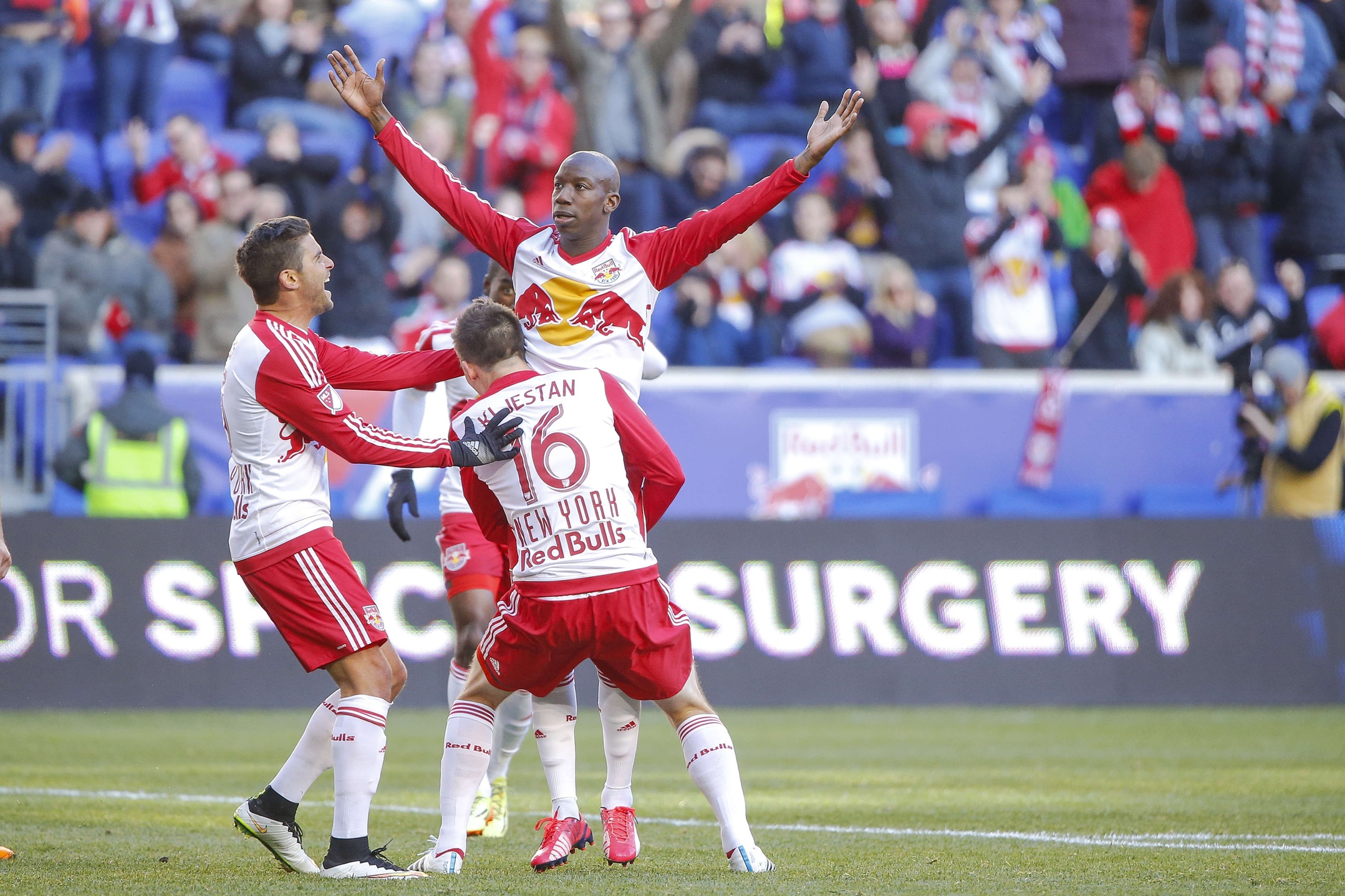 With Matt Miazga and the newly signed Kemar Lawrence in their place, the Red Bulls kept a clean sheet and picked up a 2-0 win over D.C. United in the club’s home opener on Sunday evening.

“That was a good performance,” Red Bulls head coach Jesse Marsch said. “Great to get our first win at home here and one of our goals this year has been to be very strong at home. I thought, for the most part, that game was dictated by our guys and played at our tempo.”

The game’s first goal came in the 25th minute, when Dax McCarty played a ball from the center line up to Bradley Wright-Phillips. The Red Bulls’ striker brought the ball down with one touch, put it on his right foot with another, then fired a low shot into the left side of the net past a diving Bill Hamid.

Wright-Phillips’ strike was the culmination of a series of half-chances for the Red Bulls, who dominated the first half with 66 percent of the possession.

Despite the improvement after the break, D.C. United never really turned its spells of possession into anything threatening.

That would come back to haunt them in the 71st minute, as Lloyd Sam beat Hamid to seal three points for the Red Bulls. The chance began after Davy Arnaud was stripped in his own half. The ball quickly found the feet of Wright-Phillips at the top of the box, who slid a pass to Sam on the right. After one touch, the Englishman fired just inside the near post to double the advantage.

For Marsch, the goal was the latest sign that Sam’s development is headed in the right direction.

“What we’ve talked to Lloyd about is not just being a sideline player,” Marsch said. “So that, along with not just only coming alive when the ball comes to his feet. We want him coming inside at times, we want him taking off running to see if he can be the final play, along with now being crafty to go one-on-one from wide positions… We’re trying to make Lloyd three-, four-, five-dimensional.”

D.C. United’s lone chance of the first 45 minutes came off the foot of Chris Rolfe. The D.C. United forward took a shot from the left side of the box in the 33rd minute, but his left-footed shot effort was parried by a diving Luis Robles.

Rolfe tried to pull D.C. United back within a goal in the 78th minute, but his header from a Taylor Kemp cross was saved at close range by Robles. Pontius attempted to do the same after Miazga gave away a penalty in stoppage time, but blasted his effort well over the bar.

The Red Bulls take to the road next weekend with a trip to Columbus. D.C. United returns to RFK Stadium for a matchup with the Los Angeles Galaxy. Both matches are set for Saturday night.