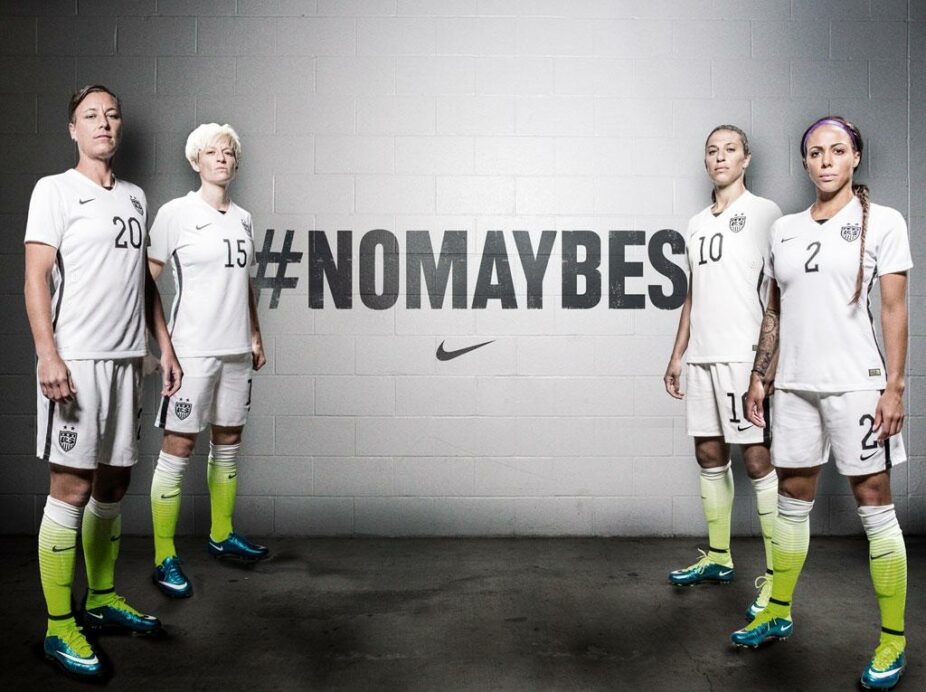 When the U.S. Women’s National Team heads to Canada for this summer’s World Cup, they will do so with a brand new look.

Nike revealed Wednesday that the USWNT will feature a brand new home kit to be worn in this summer’s World Cup, which takes place from June 6 to July 5.

The latest iteration breaks away from the collared look of previous kits, while also changing the color scheme away from the typical red white and blue. The new home jerseys show to be mainly white with black trip, while the team will sport socks in a hue of neon green.

The reveal comes comes just over two months after Nike unveiled the team’s latest away jerseys, which are predominantly blue and have been worn by both the Men’s and Women’s National Teams in recent games.

What do you think of the new jerseys? Would you prefer a more traditional look? Plan on buying one?