MLS Atlanta plotting out roadmap for success ahead of 2017 launch 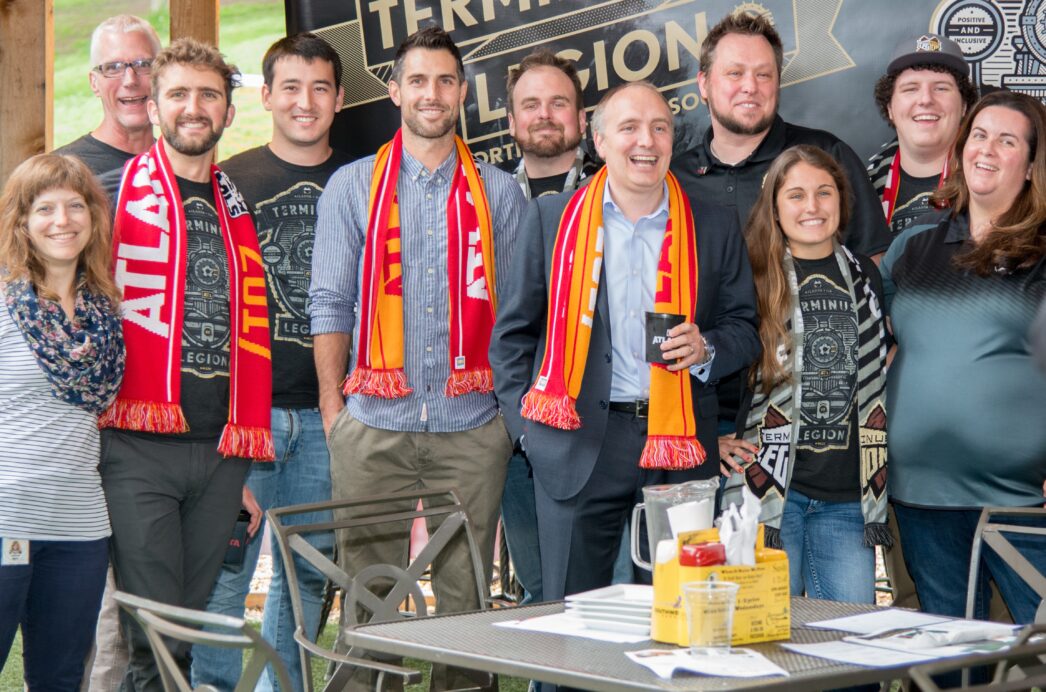 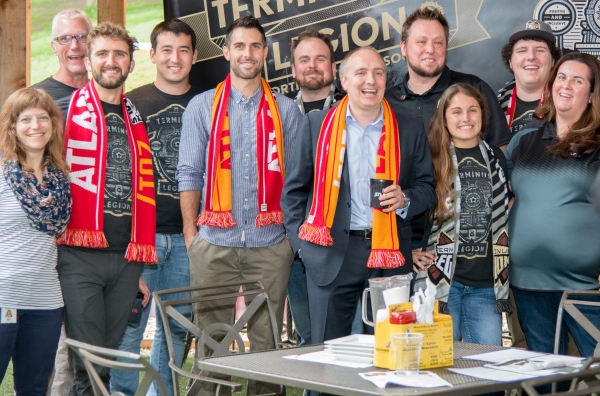 Charged with building a brand new club from scratch, Carlos Bocanegra and Darren Eales know exactly what they’ve gotten themselves into.

The duo has been tasked with creating a team, an experience, a brand. But for the two, the process of building MLS Atlanta is about so much more; it’s about building a culture all their own.

As the team’s president and technical director, respectively, Eales and Bocanegra face many choices ahead, everything from hiring a coach to selecting players to choosing what types of food to serve at the club’s inaugural match in 2017.

For the pair, each and every one of those decision comes with consequences, but each is met head on with considerable enthusiasm. For Bocanegra, every decision made has an impact, one that can help institute something special, something new, in a city that the pair believes has all the makings of America’s next great soccer city.

“It’s all about the culture that we create,” Bocanegra told SBI. “With Darren, myself and all the people that are involved so far, we’re really trying to create the culture and that’s going to speak volumes for us, regardless of names or colors or anything like that. You take the Portland Timbers for example, they have an identity and their fan base. Seattle, same thing. LA Galaxy is a little bit different, but they have their own identity and fan base.

“We want to create the culture, a good culture, and a great tradition for this club and I think that’s the most important thing.”

For MLS Atlanta, which hopes to announce its name ahead of the July Gold Cup semifinals in Atlanta, that culture starts at the top with two men that come from vastly different soccer backgrounds with extremely similar goals.

Eales, a former executive at Tottenham, returns to a country where he attended college and played a professional career. Bocanegra, widely regarded as one of Major League Soccer and the U.S. Men’s National Team’s best defenders and leaders, brings a connection to the league that, for many, has proven to be a puzzle impossible to unlock.

For Bocanegra, a winning team starts from the ground up, as the team is hoping to have an academy plan put in place “over the next couple of months”.

As a market that has produced considerable MLS talent, such as Clint Mathis, Josh Wolff, Sean Johnson and Ricardo Clark, Bocanegra feels that the Atlanta area has plenty of diamonds ready to be unearthed by a well-run MLS club.

“We’re very big on trying to develop the homegrown players,” Bocanegra said. “One, because it obviously helps with the salary cap with the homegrown players in this league, but two, we feel like we have a great market in the Southeast here to attract young players and push them through the system to really build them up to our first team. That’s going to be a big goal of ours. We want local talent. We want the fans to be able to identify with the players on the field.

“We want to make sure that we come in and set the standard high. We want to build, not only for our club, but for the greater Atlanta area and all of the Southeast. The level of coaching, we want to bring it up with the coaching education courses and just really help to lift soccer in Georgia and across America and set that high standard. Those are a few of our goals, just from the beginning.”

Like Bocanegra said, setting up an academy system is just one stop on the team’s road map. Eales says the team is currently in the process of settling on a training ground, while the duo has also had discussions regarding a USL affiliate.

However, one of the most important steps on the road to success comes in the naming of a head coach. For Eales, that decision is one that will likely come in Summer 2016. Although the Englishman did admit that the decision could come sooner or later depending on circumstances, next summer is the target, giving the organization plenty of time to find the right guy at the right time that fits the intricacies and nuances of MLS play.

“It’s important that they’re a developer of players,” Eales said. “If you look at MLS itself, with the salary cap environment, you can’t afford to take a coach that’s someone that’s used to just basically buying players. That sort of manager, I don’t want to pigeonhole any one in the past that I’ve worked with, but that type of manager that goes into the transfer market and expects to new players if these ones aren’t working. We need a coach, and someone who can develop players.

“We want someone who believes in MLS and that’s going to come from everyone from players to the manager. We want pioneers who see the MLS as a growing league and buy into the fact that this is a growing league and want to succeed. It’s important that, whoever the head coach is, that they understand that they’re here for the right reasons, that they want MLS to be a success and, in particular, they see Atlanta as a real opportunity to be a top club in the future.”

Both Eales and Bocanegra know that team’s status as a top club starts with leadership, but ultimately ends with the players on the field, which is why preparations are already being made in terms of player signings.

On one hand, Eales brings years of European experience, connections and knowledge, while on the other, Bocanegra adds more relationships, from both MLS and abroad, than one can count.

That blend of knowledge is something that has been focused on and will be focused on heavily as player acquisitions begin to become more of a focal point before the turn of the calendar.

“Carlos and I are talking now everyday because this is something that we’re going to be focusing on going forward,” Eales said. “I think it’s really going to ramp up from Christmas onwards, because I think from the second half of next year is when we’ll start to start hiring our own scouts and start working on our scouting network of players that we want to look at for MLS Atlanta, whether we sign them in Summer 2016 or if we have to sign them in January 2017, we’re going to start working on that.

“The interesting thing that I’ve noticed so far is that, since I was announced as the technical director here,” Bocanegra added, “I’ve had a lot of players reach out to me that I’ve played with in the past about interest in Atlanta, which has been great. Christmas time, January is when I think we’ll really start ramping up our scouting network. We’re watching now. We’ve spoken to people who are watching already.”

While Bocanegra and Eales continue to watch, they will also have to wait nearly two years to see the fruits of their labor. Along the way, they know they will be challenges, especially as an expansion team, but the two are looking forward to the preparations that come with building something completely new, and meeting those challenges head on.

“We’ve had 10 expansion teams in the last 10 years and only one, Seattle, has made the playoffs (in their first season),” Eales said. “They made the playoffs by winning their last game of the season. Look, there is no surprise in that. It’s difficult because you’re trying to create a whole team and chemistry from, in essence, two months before you start playing. You have to get all those pieces together, and I think that will be the challenge.

“Carlos and I have thought long and hard about it. We know the challenge is to try and get a team together and try to get that team chemistry from scratch.”

“We have no players at all,” added Bocanegra. “We don’t have the advantage of having a minor league franchise or a USL franchise beforehand, so we’re going to be very methodical and do a lot of research and put in a lot of time and effort to get it right from the start on the field because we have such great fan support and all those things, which is already a good start for us. Now, we have to do our best to get it right on the field, and that’s going to be a big challenge, but it’s something we’re excited about and really looking forward to.”