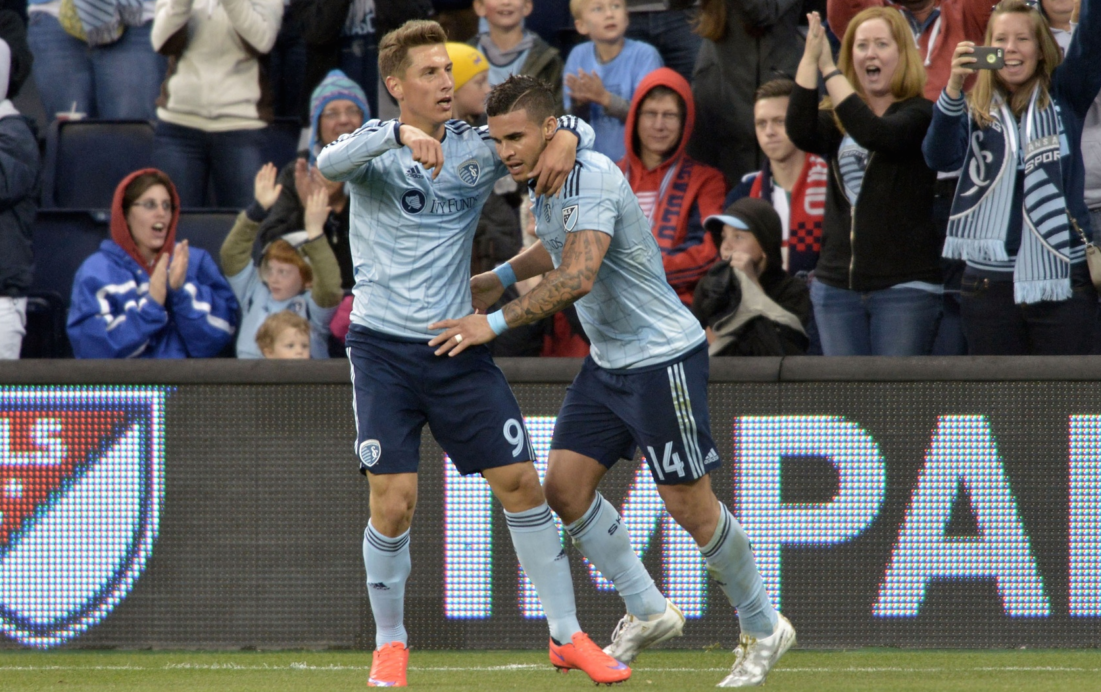 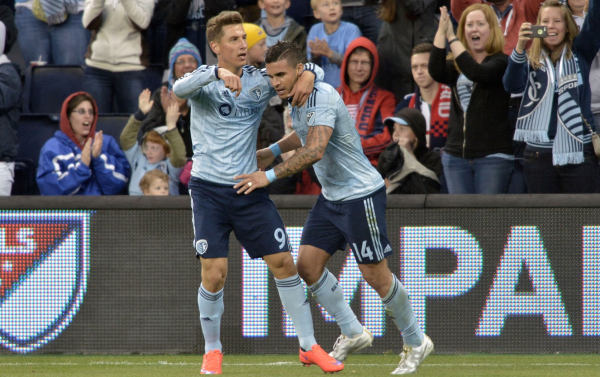 “The execution of our gameplan was very good,” Vermes said. “We played with a lot of intelligence in our game.”

Sporting KC extended an unbeaten streak of its own to four with the win.

The players turning that intelligence into goals and wins were Sporting KC strikers Dom Dwyer and Krisztian Nemeth.

“We’re very unselfish with each other, we just want to win,” Dwyer said. “At the end of the day, we’re very happy right now. It’s a job done for us.”

Nemeth scored two goals on the night and recorded an assist, a cross which he played into the penalty area for Dwyer to finish. He said generating assists for the club was one of his personal goals so far this season.

“That was my target, to get an assist in the league. So finally I gave it to Dom,” Nemeth said. “My normal position is striker, but I have to play as a winger and I like it.

“I am the striker who will normally give a lot of assists and try to find teammates.”

Vermes pointed out in the post-match press conference that Nemeth’s ability to compliment Dwyer in the attacking third produced a winning combination.

“[Nemeth has] good instincts for the goal,” Vermes said. “He always takes the pressure away from Dom, and Dom doesn’t have to be the focal point the whole time. That’s important for us.”

Not just complementary of Nemeth on the field, Dwyer spoke volumes about each other’s combination after the match.

Dwyer said he looked up to Nemeth as a Liverpool fan. Nemeth rose through Liverpool’s reserve ranks after being bought by the club at 18 years old. At 26, Nemeth calls Dwyer  teammate.

“It’s cool to rub shoulders with those kinds of players,” Dwyer said.

With Sporting KC’s win, the team has now scored four goals in a single match twice in 2015.

The first four-goal outburst came in a 4-4 draw away to the Houston Dynamo last month However, Sporting hadn’t produced four goals in a home match since August 16, 2014, in a 4-1 win over Toronto FC.

Benny Feilhaber has contributed to and benefited from Nemeth and Dwyer’s success in front of goal as well. Feilhaber provided the assist to one of Nemeth goals Wednesday night. His assist total of six this season already equals his total output from 2014.

Feilhaber assisted Nemeth’s first goal in the game, which came from a free kick that Feilhaber took.

“[Nemeth] has a way of not only dribbling the ball, but the way he manages the ball, he opens up space for other players,” Feilhaber said. “You know that he’s going to find the ball in good positions.”

Nemeth has also added to Sporting KC’s more cohesive attack, which generated 15 shots with seven of them on target against the Revolution.

“Once you start gelling, you don’t have to take that extra one or two seconds to see where [your teammates] are,” Feilhaber said. “It makes the game a lot easier and smoother.”