Sporting KC shakes off early deficit to romp past Revs 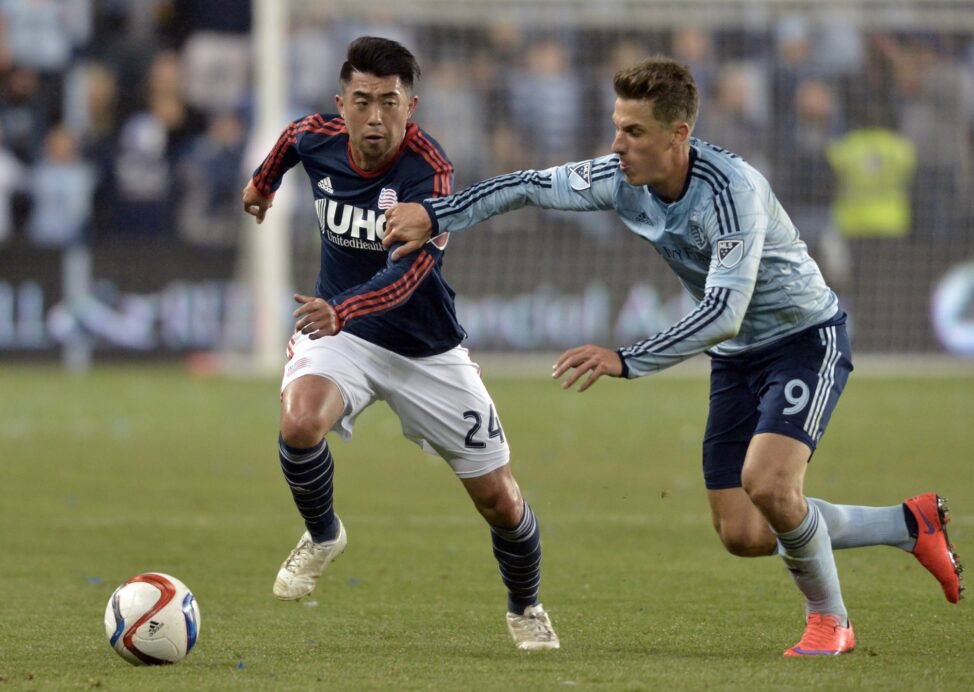 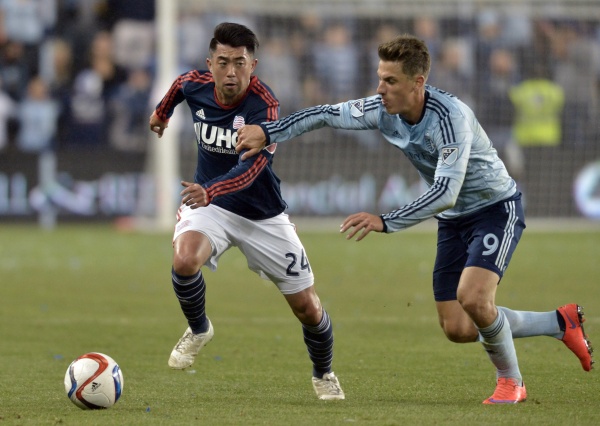 Sporting Kansas City grabbed its second win in the last three games Wednesday night with a 4-2 win over the New England Revolution. New Sporting KC signing Krisztian Nemeth made a huge impact with two goals and an assist.

Peter Vermes’ side overcame an early deficit, and the absences of midfielders Graham Zusi and Roger Espinoza to maintain its unbeaten record at Sporting Park.

The team is now unbeaten in the last four games since a road loss to the Los Angeles Galaxy on April 18.

Sporting began the game on the wrong foot when Juan Agudelo found a breakaway onto Kelyn Rowe’s pass from midfield and dribbled past Sporting KC centerback Kevin Ellis and Sporting KC goalkeeper Tim Melia to make the score 1-0.

Before Agudelo’s goal, Sporting allowed Diego Fagundez to break away from his defender and send a volley off target but close to Melia’s post. Fagundez also sent a header off the post in the ninth minute but was called offside.

Sporting would take awhile to respond, but did so with three unanswered first-half goals.

The first came in the 29th minute from Dom Dwyer, who settled the ball on his chest from Krisztian Nemeth’s sailing cross. Dwyer turned to shoot and sent the ball to New England goalkeeper Brad Knighton’s left before Knighton could react.

Sporting ran away with the momentum in the next 15 minutes, with Krisztian Nemeth scoring his fourth goal of the season in the 39th minute with a near-post header from a set piece. Benny Feilhaber recorded his sixth assist on the season with the free kick.

Before the halftime whistle Sporting added a third when Jose Goncalves was called by center referee Allen Chapman for a foul in the box in the 42nd minute. Goncalves took Dwyer down on the edge of the box.

Benny Feilhaber converted the penalty kick in the 43rd minute to Knighton’s bottom right corner to send Sporting into the halftime break up 3-1.

Sporting exploded out of the halftime break with a 46th minute goal from Kristian Nemeth. Nemeth recorded two goals and assist on the night, which made for his first multi-goal game of the season.

Jacob Peterson beat his defender to play a ball past New England center backs Goncalves and Jermaine Jones. Nemeth placed his shot just past the outstretched leg of Knighton for the early second-half goal.

Peterson was replaced by rookie Connor Hallisey in the 79th minute.

Nemeth would leave the match in the 90th minute for Saad Abdul-Salaam, who made his debut as a Sporting KC player. Abdul-Salaam was taken with the 12th pick by Sporting in the 2015 MLS SuperDraft.

New England would finally answer Sporting with a 64th minute goal from Scott Caldwell. Charlie Davies drew Melia out of his goal with the ball on the endline before passing to Caldwell, who calmly knocked the ball in.

Sporting conceded some possession to the Revolution after Caldwell’s goal, but were unable to make the pressure mount.

Chris Tierney’s 82nd minute free kick elicited a diving save from Melia but was the Revs’ best chance at scoring any further.

The loss for New England means its first loss in nine matches. The team is still second in the Eastern conference behind first-place DC United but with 19 points could fall behind the New York Red Bulls, which have yet to play in Week 11 until Sunday against the Philadelphia Union.

Sporting KC improves to a 4-2-5 record with the win, the team’s third win at home in the last four home matches. The team improves to fifth in the Western Conference with 17 points and equals fourth-place San Jose Earthquakes’ points total.

After three straight cross-conference matchups, Sporting faces a Western Conference opponent in the Seattle Sounders Saturday, May 23, in Seattle, Wash.