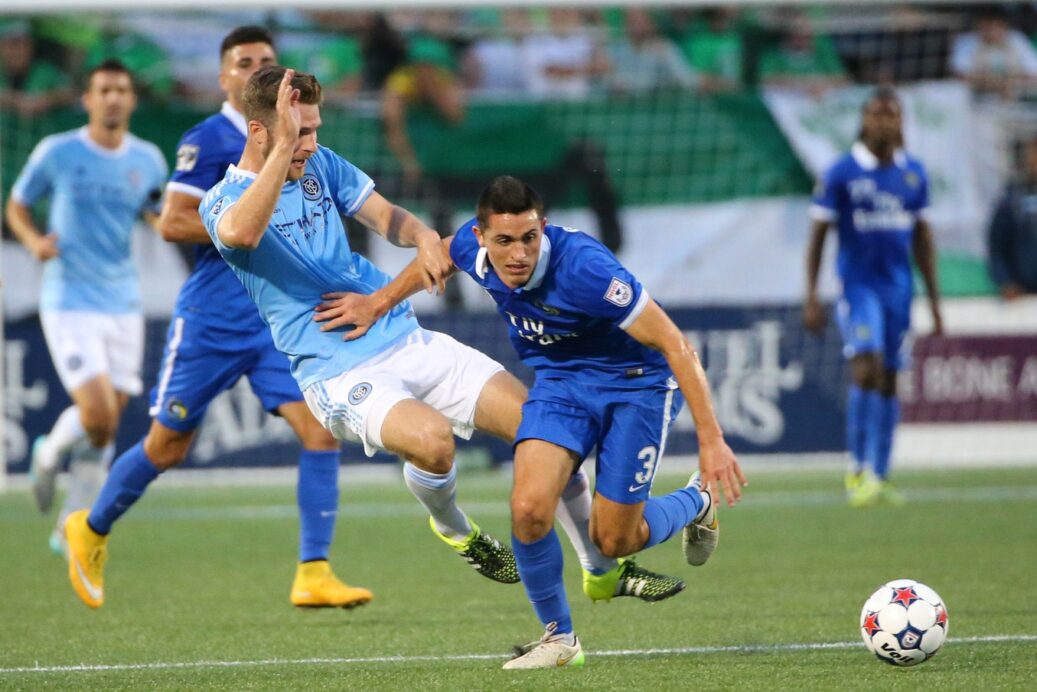 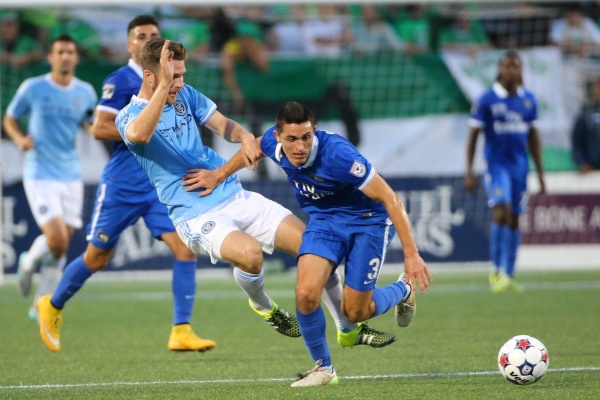 It took penalty kicks to decide the first East River Derby, but the New York Cosmos will live to fight another day after defeating their crosstown rival.

Despite being down two goals in the second half, the Cosmos came back with a 90th minute equalizer from Lucky Mkosana before topping NYCFC in penalty kicks, 4-3, at Shuart Stadium.

The game-winning penalty kick was scored by Hunter Gorskie, who followed up a save from goalkeeper Jimmy Maurer, his third of the penalty kick shootout.

As the clock struck the 90th minute, Mkosana stepped up to the plate, scoring the equalizing goal to complete the two-goal comeback. With the Cosmos piling on the pressure in the game’s waning moments, Mkosana found himself on the end of a cross from Hunter Freeman. The Cosmos forward took a touch before burying a shot from the center of the box, sealing extra time.

The Cosmos got the best chance of the extra period early via a penalty kick, only to see the shot rattle the crossbar.

Following a foul call on Hunter Freeman, Pablo Alvarez smashed his penalty kick off the bar, leaving the scoreline level as extra time dragged on.

Throughout the opening moments, the Cosmos looked like the team with something to prove, threatening repeatedly though Mkosana. With the forward repeatedly a target of through balls, NYCFC centerbacks Shay Facey and Jason Hernandez were regularly called into action, making a series of big tackles in the opening 15 minutes.

Those tackles proved vital as Poku led NYCFC to the opening goal in the 24th minute, firing an acrobatic effort past Jimmy Maurer against the run of play.

After receiving a looped pass from RJ Allen, Poku’s first touch was a little heavy, nearly allowing Cosmos defender Ayoze to clear. The NYCFC midfielder proceeded to smash a falling volley with his back to goal, giving NYCFC the early lead.

That lead carried into halftime before Poku struck once again in the 57th minute to give the visitors a two-goal cushion.

On the receiving end of a pass from Pablo Alvarez, Poku, who appeared to be offside collected and fired past Maurer for his second goal of the game and third in his last two contests.

The Cosmos received a lifeline in the 65th minute from substitute Leo Fernandes, who finished home pass from Mkosana to give the Cosmos hope through the game’s final 25 minutes.

However, it would prove to be NYCFC on the front foot through the final moments, as Maurer was forced into a pair of spectacular saves on Patrick Mullins and Mehdi Ballouchy in the game’s closing moments before Mkosana provided the equalizer.

The victory marks the second straight Cosmos triumph over a local opponent, as the Cosmos topped the New York Red Bulls in last season’s tournament.