The SBI View: Klinsmann’s decision to snub Feilhaber is baffling 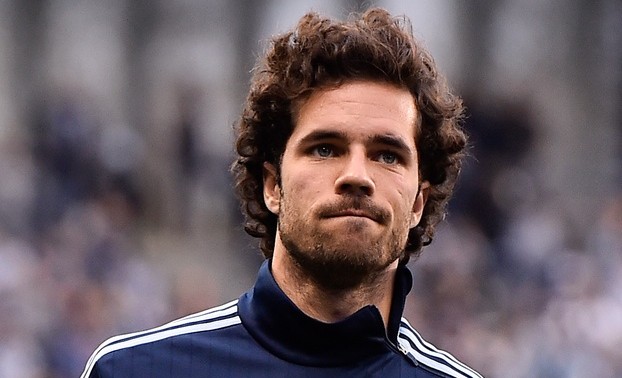 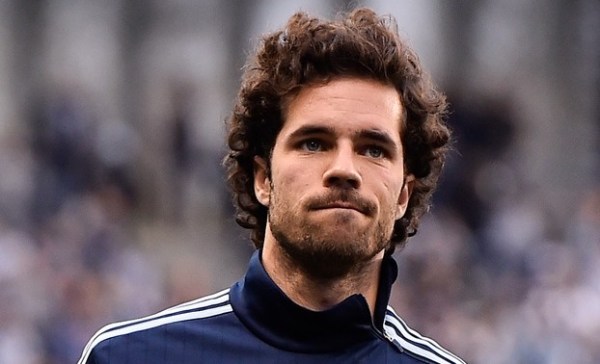 Jurgen Klinsmann constantly preaches that players need to be leaders and difference makers at their clubs in order to earn looks with his U.S. Men’s National Team. It is more of a mandate than a suggestion, a demanding guideline of sorts for the entire American player pool to try and follow in order to break through the established core group.

It also why the recent omission of Benny Feilhaber is all the more baffling.

Few players have performed at a higher level consistently this MLS season than Feilhaber. The veteran midfielder has been one of the league’s best players through the first third of the campaign, as he has helped lead Sporting Kansas City to a 5-2-6 start that has the club sitting in fourth place in the loaded and competitive Western Conference.

Feilhaber, 30, hasn’t just contributed Kansas City’s cause, either. He has played a big role in it, scoring four goals and assisting on a league-high seven others. Feilhaber is also doing plenty of the defensive work that he struggled with in the past, tracking back, getting stuck in and breaking up plays to help initiate attacks. He is admittedly more of a two-way player now than he’s ever been, but yet somehow Klinsmann continues to pass up on a chance to bring Feilhaber back into the U.S. fold.

Klinsmann named his latest roster on Sunday for a pair of upcoming friendlies against two stiff European tests. Several key players were left off due to various reasons, and still Feilhaber wasn’t included. This, despite Feilhaber being the kind of offensive-minded, proactive player that Klinsmann has vowed repeatedly that he wants more of since taking over the U.S. program four summers ago.

“I’m a type of person that wants to develop more an attacking style of a play that the players enjoy,” Klinsmann told the media before his first game in August 2011. “They will take risks and hopefully put the opponent under pressure.”

Feilhaber has done that aplenty this season. He has scored or assisted in seven of Sporting KC’s 13 games this year, all but guaranteeing that he surpasses his career highs of four goals and seven assists. It has essentially been a career year for him, and yet the season is not even at the halfway point.

None of this is entirely surprising, however. Feilhaber has always had the vision and technical skills to unlock defenses. He has just progressively gotten better and more consistent during his time under Sporting KC head coach Peter Vermes.

Where Feilhaber has made big strides this year is on the defensive side. His fitness has improved tremendously, and so has his discipline and willingness to do the grunt work. In the past, his inability to play both ways was a major strike against him. Now, he’s embraced that challenge and is thriving.

“I used to be a guy that didn’t have the best fitness, and I definitely got tired throughout games,” Feilhaber told SBI last month. “When you get tired you tend to lack in some areas, typically the area that you’re weak at, so that’s always been the defensive side for me.

“Now that I have that in place, I can do more of the running and then I’m able to, in those moments, to kind of track back, help my team defensively and at the same time do the pressing and help my team win balls and bring energy to the position.

“I think that’s definitely one of the things that’s most improved and most allowed me to become more of a two-way player.”

Not even those improvements, and an injury to called-up Jermaine Jones on Sunday, were enough to get Feilhaber on Klinsmann’s roster for the upcoming games in Europe vs. Germany and the Netherlands.

That’s a head-scratching development given the state of the U.S. squad right now. Yes, the midfield might be the most crowded and deepest position in the pool right now, but it is not like there is a bevy of players available that combine international experience, vision, defending and playmaking the way Feilhaber does.

At this point, it is clear Klinsmann doesn’t rate Feilhaber. The midfielder has seldom been called in by Klinsmann, and there are whispers of a falling out between the two, which could be a result of Feilhaber being more of a “taker” than “giver” in the locker room, to use Klinsmann’s own examples of player personalities.

Still, these two friendlies provided a perfect platform to see if the Feilhaber of today could bring something new or different to the table. His form in MLS has been exceptional, but, as surprising as it may be, we won’t have the chance to find out if Feilhaber’s recent success can translate to the international level.