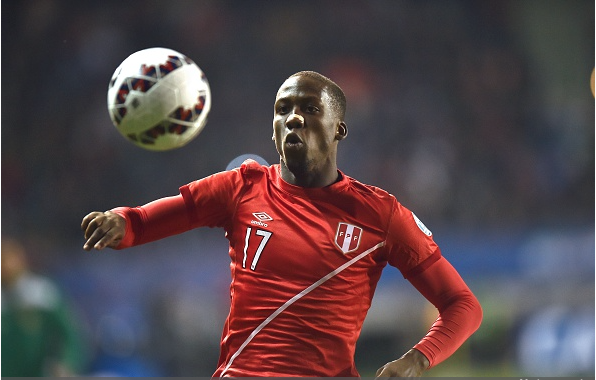 WASHINGTON — When Luis Advincula takes to the field on Friday for Peru, it is likely that he goes up against a contingent of MLS players.

A contingent that he could have been playing against more frequently had things played out differently a few years ago.

Back in April 2012, Dom Kinnear and the Houston Dynamo were keen on adding the promising Advincula to their roster before MLS’s first transfer deadline. Advincula had helped his country finish in third place of the Copa America less than a year prior, and the Dynamo were deep in negotiations to try and bring him on board.

Then, the clock struck midnight without an agreement in place. Everything went up in a cloud of smoke. Both parties had to move on.

“It was good, it was a nice offer in that moment,” the now 25-year-old Advincula told SBI after Peru’s practice on Tuesday. “(I had heard) it was a good team that wanted me, but unfortunately it didn’t happen. Maybe in the future it can happen.”

Added Dynamo assistant coach Wade Barrett: “He had really good speed, he had very good technique, and he was a young player that was going to add to the team, not just in the short-term, but in the long haul.”

If Advincula is to ever play in MLS, it likely will not be any time soon. The versatile and speedy Advincula used another impressive Copa America campaign this summer, in which Peru again finished with the bronze medal, as a launching pad to sign with a club in Turkey.

He left German outfit Hoffenheim for Bursaspor – where U.S. Men’s National Team forward Jozy Altidore spent half a season – in August after arguably being the Peruvians’ best player and a revelation at this summer’s Copa America. Advincula almost immediately earned a starting spot at right back at the club and is impressing with the combination of quickness, strength, attacking prowess, and defensive toughness that had Houston interested a little over three years ago.

The 5-foot-9 defender, who can also play as a wide midfielder, is admittedly enjoying himself at Bursaspor right now. Nonetheless, MLS remains an attractive option for him to possibly explore one day.

“MLS has grown a lot these last few years,” said Advincula. “It’s become a very competitive league. It has brought a lot of top-quality players. It’s a nice league to come to.”

This week, Advincula will be looking to stop some of the players from that very league. Peru plays the U.S. on Friday in a friendly at RFK Stadium, and Advincula is all but guaranteed to slot in once again on the right side of the blanquirroja defense.

“We think he’s a fullback that’s of the highest caliber in the world, and we are lucky to have him playing for us,” Peru head coach Ricardo Gareca told SBI. “As is the case with a lot of our players, we think we have a great and potent player in him.”

Advincula’s explosive runs forward and aggressive defending should give the Americans a steep challenge on the flank on Friday and also showcase why he was so sought after a few years ago by the Dynamo.

Even so, he knows he and the rest of the Peruvians will also encounter a stiff test against some of the very same players he could have been competing with in MLS on a weekly basis.

“(The U.S.) is a national team that always goes to the World Cups,” said Advincula. “It’ll be a tough game for us, but I also think it’ll be a good barometer to see where we’re at.”