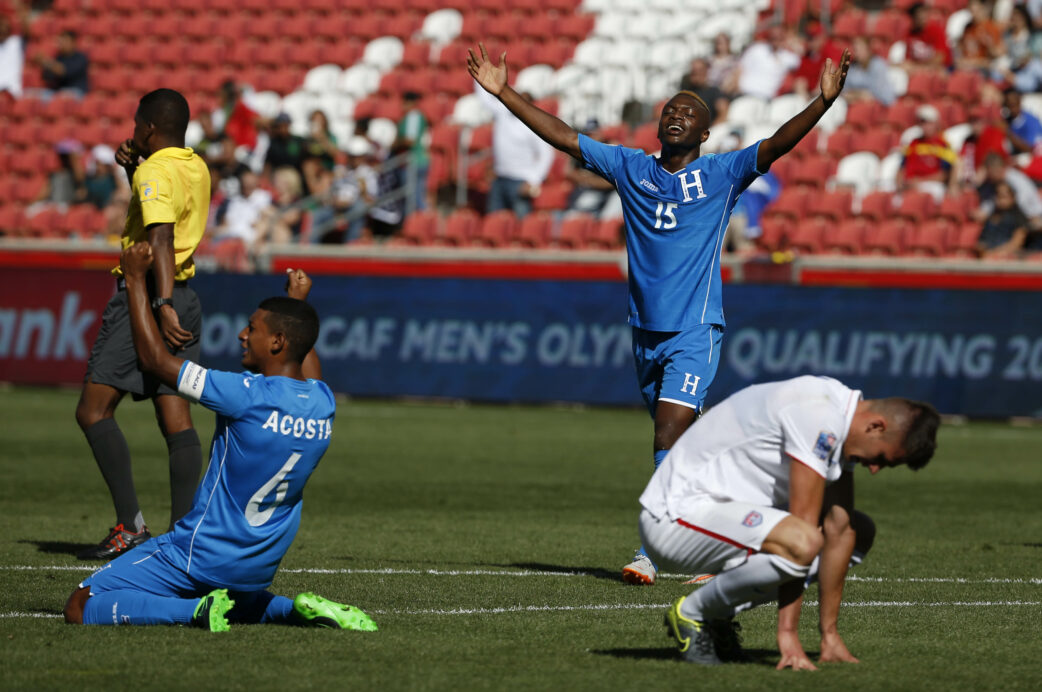 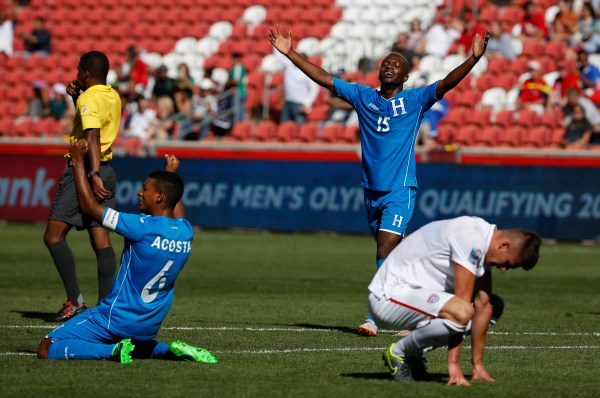 Saturday has not gotten off to a good start for U.S. Soccer.

The U.S. Under-23 Men’s National Team failed to secure an automatic berth to the 2016 Olympics, falling, 2-0, to Honduras in the semifinals of CONCACAF Olympic qualifying on Saturday afternoon. The Americans gave up goals to Alberth Elis on each side of halftime, and struggled to break down Honduras’ no-nonsense defense in a match that got progressively heated.

Both teams finished the game at a mostly-empty Rio Tinto Stadium in Sandy, Utah, without their head coaches. U.S. manager Andi Herzog and Honduras boss Jorge Luis Pinto were dismissed simultaneously midway through the second half for apparent altercations with the fourth official.

The Americans can still qualify for the Olympics in Brazil next year, but will have to win the Olympic qualifying’s third-place game to then meet Colombia in a decisive play-off.

The U.S. had a late goal in the match incorrectly disallowed for offside. Jordan Morris tapped in a shot from a yard out in the 83rd minute, but it was called back despite replays showing clearly that Morris was onside when the ball was played to him.

That was one of very few chances the Americans created in the defeat, however, as they settled for long balls for much of the 90 minutes. Honduras, meanwhile, came out better in possession, looking more dangerous in the attack, and defending with physicality and booming clearances.

Pinto’s gameplan allowed the Catrachos to find a first-half winner in the 23rd minute when a ball from the right was clipped into the penalty area. Allowed space to maneuver, Elis received the pass, evaded centerback Cameron Carter-Vickers’ challenge, and fired a low shot to the far corner past goalkeeper Ethan Horvath.

Elis struck again on a counterattack in the 77th minute, finishing well with a one-timed looping effort to the far corner after some individual brilliance from teammate Kevin Lopez on the right flank.

The Americans, whose senior national team will play later on Saturday in the CONCACAF Cup vs. Mexico, did not create their first scoring chance until the 41st minute. Jerome Kiesewetter fired a hard shot from a tight angle on the play, but Honduras goalkeeper Luis Lopez covered the near post well and made the stop.

Lopez the netminder also preserved his team’s lead with an eye-popping flying save in the 65th minute. Carter-Vickers got on the end of a corner kick from the left and nodded it on frame, but Lopez went full stretch to paw the effort away.

Frustrations mounted for the U.S. after that and tempers flared for both teams. Aside from Herzog and Pinto getting tossed, the Americans and Hondurans had multiple skirmishes that halted play.

Ultimately, Honduras held on for the win to punch its ticket to the Olympics.

The U.S. will now face the loser of the qualifying tournament’s other semifinals match between Mexico and Canada in a third-place game on Tuesday at Rio Tinto Stadium. The Americans will have to win that match, and then defeat Colombia in a play-off in order to reach Rio 2016.

What do you think about the U-23 USMNT’s 2-0 loss to Honduras? How disappointed are you with the performance? Still confident that the Americans will reach the Olympics?