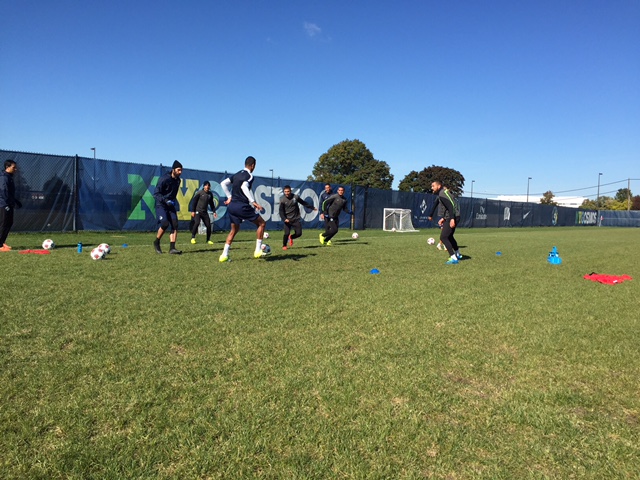 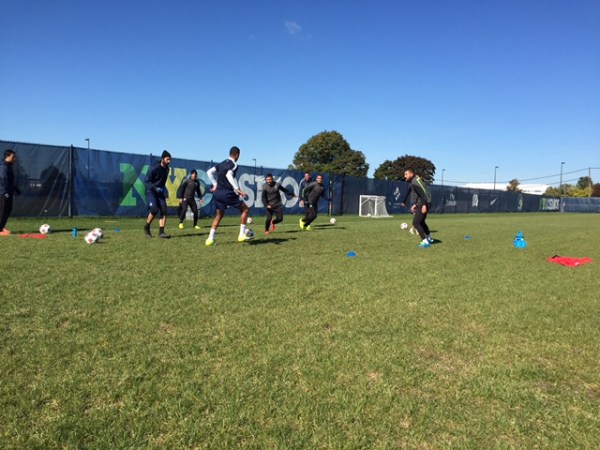 With the departures of Raul and Marcos Senna imminent, the New York Cosmos are getting a closer look at another player with a long international resume.

Sources tell SBI that Greek international Georgios Samaras is in New York and has been training with the Cosmos for the past several weeks. The 30-year-old forward, who is currently a free agent, has made 81 appearances for Greece. He has scored nine goals while representing his country and played in a pair of World Cups and European Championships.

“He has been training with us. He trains with us everyday,” head coach Giovanni Savarese confirmed Tuesday on a conference call. “He’s with us at practices and right now the situation is that he is in New York. He’s having a few days in New York. He wanted to have a place to train; he feels very comfortable training with us. He’s getting back his strength and getting back to top shape.”

Samaras’ biggest club successes came as a member of Scottish power Celtic, where he made 171 appearances and scored 57 goals. During his seven-year stay with the club, Samaras and Celtic claimed four Scottish league titles and two Scottish Cups.

Prior to joining Celtic, the 30-year-old forward featured for Manchester City and the Netherlands’ Heerenveen. Most recently, Samaras featured for Saudi Arabia’s Al-Hilal while on loan from West Brom. His contract was terminated by mutual consent this past July.

The  Samaras news comes on the heels of news regarding the impending departure of star forward Raul, who announced last week that he will retire at the conclusion of the NASL season. Raul will be joined in retirement by midfielder Marcos Senna, who will conclude his playing career following three seasons with the Cosmos.

New York returns to action on Saturday with a visit to the San Antonio Scorpions.

What do you think of the latest Samaras news? How would he fit with the Cosmos?